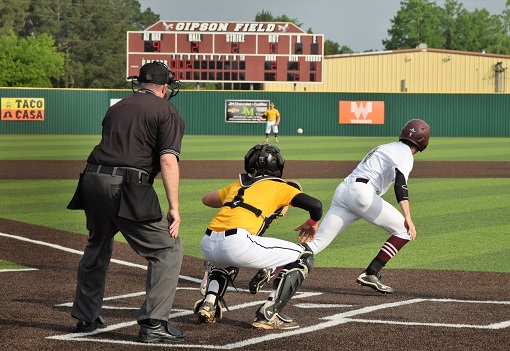 EAST TEXAS – With the Lovelady Lions’ loss to the Woden Eagles in the Area Round of the postseason, the All-District team for District 21-2A has been released.

In the 2018-2019 season, District 21-AA was comprised of: the Centerville Tigers; the Grapeland Sandies; the Latexo Tigers; the Leon Cougars; the Lovelady Lions; the Normangee Panthers; the North Zulch Bulldogs; the Oakwood Panthers; and the Slocum Mustangs.

At the Superlative level, the overall District MVP was Chad Fulgham from the Lovelady Lions.

The Offensive MVP was Colton Adams from the Centerville Tigers.

The Defensive MVP was Ryan Ahearn from the Leon Cougars.

The Newcomer of the Year was Mason Hardy from the Normangee Panthers.

The Utility Player of the Year was Josh “Bear” Ackley from the Grapeland Sandies.

The Pitcher of the Year was Carter Murray from the Lovelady Lions.

The Coach of the Year was Richard Gunnels from the Lovelady

Pitchers: Austin Driskell from the Grapeland Sandies; Cole Ware from the Leon Cougars; and Mikey Rojas from the Centerville Tigers.