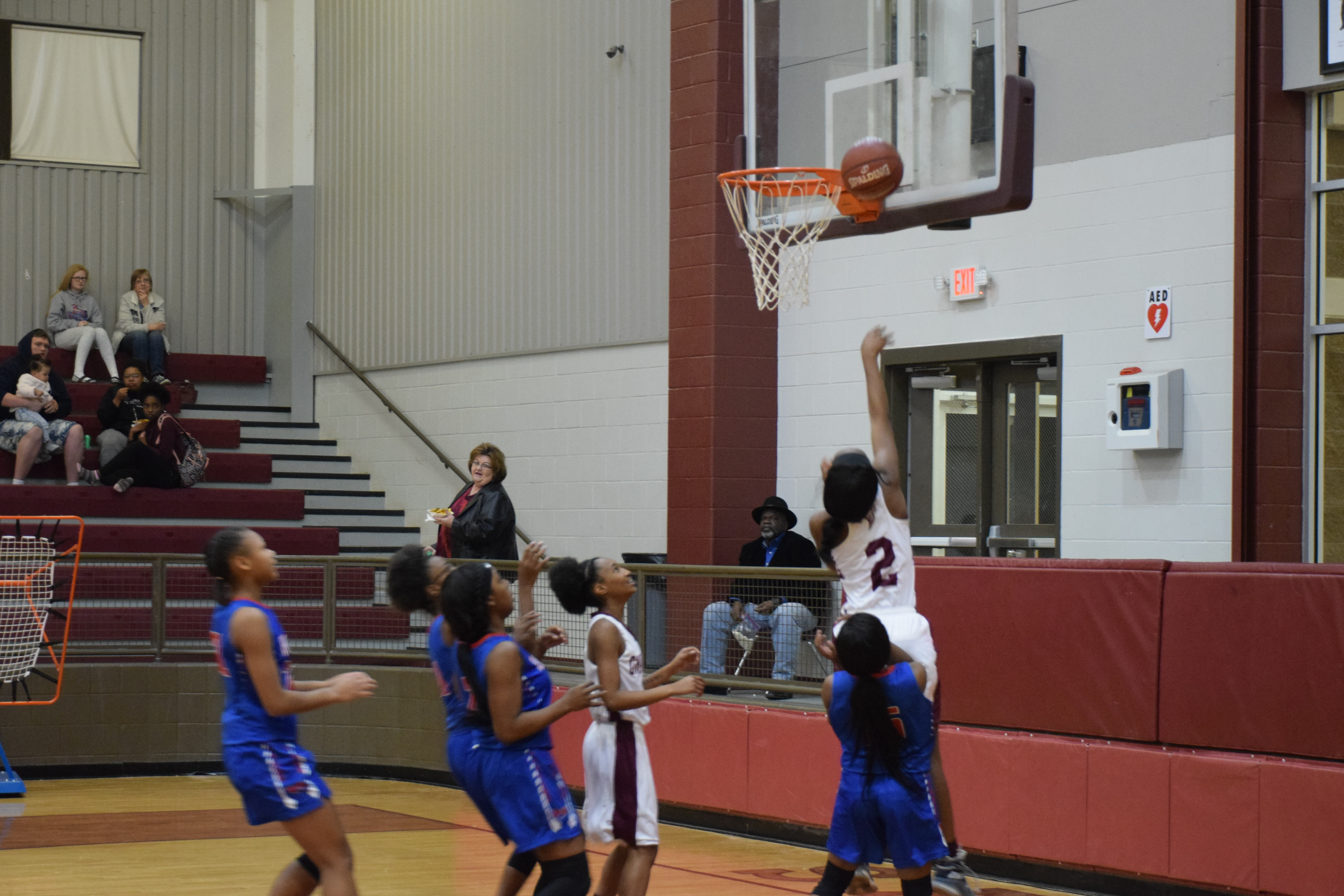 GRAPELAND – It was the home opener for the Grapeland Sandiettes’ 2018-2019 basketball season as they welcomed the Henderson Lady Lions to town on Tuesday night, Nov. 13.

The Sandiettes, ranked #5 in the most recent Texas Association of Basketball Coaches Class 2A poll, made quick work of the Class 4A Lady Lions as Grapeland seized a 17 point lead in the first quarter on their way to a 77-38 win.

Grapeland opened up a 23-6 point edge by the end of the first quarter, led by Kenya Woods’ 10 points. She was joined in the scoring column by Ragan Bowie with four, Tori Woodford with three, along with Tatiyana Bowie, KeKe Harris and Teira Jones, who all dropped in two.

Henderson’s points in the opening period came for Jerkasia Anthony with four and Resha Hall with two. 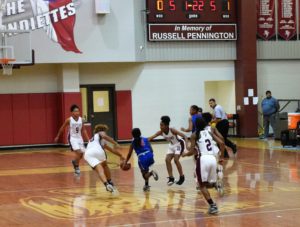 The Sandiettes took control of the game on both ends of the court in the early minutes of period two. They forced the Lady Lions into numerous turnovers giving Grapeland several easy, fast break opportunities.

Jones came alive in the second period as she dropped in 12 points. Harris added seven while Woods and R. Bowie had four apiece. Jamiyah Bowie and T. Bowie scored two each as the Sandiettes opened up a 54 – 17 lead at the break

Henderson went to the line 11 times in the second quarter and came away with seven points. KeKe Ballard, K.K. Ballard and Tricia Spriggs all converted two free throws. Anthony and Hall both hit from outside while Destiny Roquemore chipped in one from the charity stripe.

After the break, Henderson held the Sandiettes scoreless for the better part of four minutes in the third quarter. Unfortunately for the Lady Lions, they were unable to take advantage of the Grapeland scoring drought and only scored nine in the quarter. Spriggs had five as both Anthony and Jackson each had two.

Once the Sandiettes got going after halftime, they dropped in 11 points to keep the Lady Lions at bay. Jones had six, Woodford hit her second three of the game and T. Bowie added two from the post to push the Grapeland lead to a score of 65-26, with three quarters in the books.

As the final eight minutes got underway, the Sandiettes went to a ball control offense in order to eat time off the clock. Jones still managed to drop in six points, while Woods had four and T. Bowie added two.

Henderson’s fourth period points came from Ke’Asia Mallard with five, Spriggs with three and both Ballard and Jackson with two each as the Sandiettes coasted to a 77-38 win. 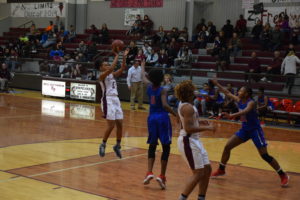 On the game, the Lady Lions were led by Tricia Spriggs with 10 and Jerkasia Anthony with eight points. KK Jackson dropped in six while Ke’Asia Mallard had five. KeKe Ballard and Resha Hall had four apiece, while Destiny Roquemore chipped in a free throw.

The Sandiettes were paced by Teira Jones with a game-high 26 points. Kenya Woods poured in 20, KeKe Harris had nine and Ragan Bowie had eight. Both Tatiyana Bowie and Tori Woodford netted six apiece, while Jamiyah Bowie dropped in a bucket to round out the Grapeland point production.

Once the two teams left the locker rooms, Grapeland Head Coach Anthony DeCello said he was pleased with the defensive effort and intensity of his team during the first half.

“We were trying to push the ball in transition and we ran well, transition-wise, in the first half,” the coach said. “But in the second half, we struggled to score and were unable to get going in transition.”

DeCello further said he was pleased with the play of Teira Jones and added she played more “… like a point-forward. She brought ball up the court and had some really strong moves to the basket. KeKe Harris also played well at the one.”