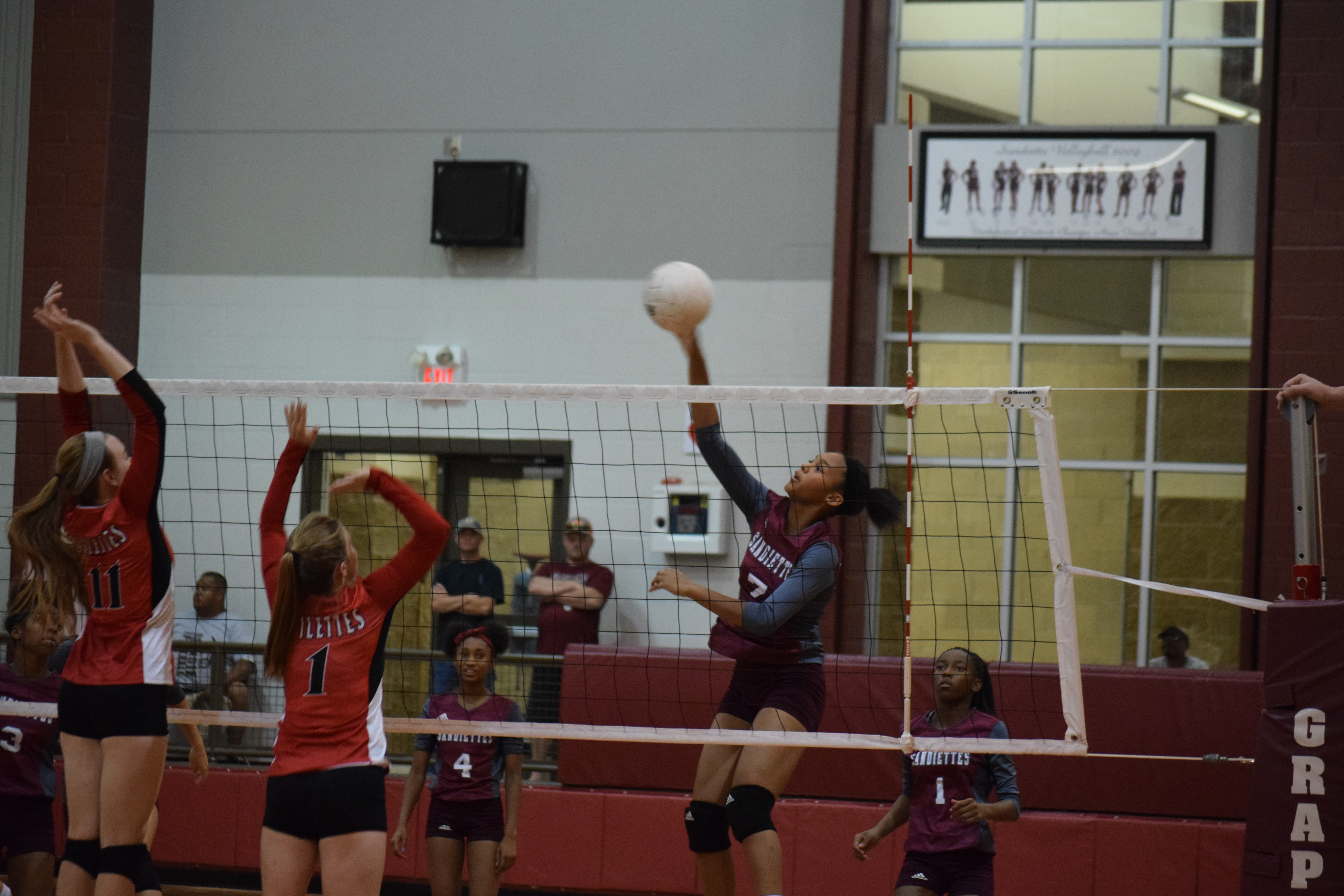 GRAPELAND – The Grapeland Sandiettes welcomed the Huntington Red Devilettes to town on Tuesday, Aug. 30 for a volleyball match and caught a reeling Devilettes’ team trying to break out of stretch where they had lost six of their previous seven contests.

The young Sandiettes, however, had no desire to help Huntington break out of its funk and while the match wound up going five sets, in the end, Grapeland proved to be too much as they won the match, 3-2. 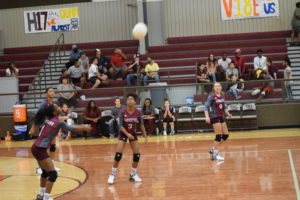 The Sandiettes won the first set in the back and forth skirmish by a score of 26-24,however, they could not sustain any type of momentum heading into the second set and lost by a count of 13-25.

Grapeland rallied in the third and jumped out to an eight point lead before Huntington managed to cut it to four at 22-18. Fortunately, the Sandiettes held on to win the set by a count of 25-19 and moved into the fourth up 2-1.

The momentum seemed to switch sides of the gym as the fourth set got underway. The Devilettes went up 5-0 before Grapeland Coach Megan Simison called a timeout to allow her team to re-group. It appeared to work as the Sandiettes mounted a comeback to tie the score at six and then pulled ahead by two, 8-6.

Once Grapeland took the lead, Huntington battled back to tie the score at eight. The remainder of the fourth set saw both teams stay within striking distance of the other. Huntington would pull ahead and then relinquish the lead allowing Grapeland to pull ahead before they would fall behind. 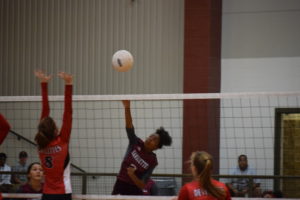 The Sandiettes found themselves down by four at 19-23, before rallying to tie the score at 23. After both teams picked up a point to make it 24-24, the Sandiettes had a match point with the score 25-24, and had a chance to ice the contest. The Devilettes had other ideas as they tied the set at 25 and then won the next two points to win the set and even the match at two games apiece.

The momentum appeared to shift back to the home team as the fifth and deciding set got underway. The Sandiettes raced out to a 4-0 lead and never looked back. Huntington managed to cut Grapeland’s lead down to 6-4, but the Sandiettes managed to pull away to win the set by a final of 15-7 and took the match by a 3-2 margin of victory.

Following the match, Coach Simison commented on her team’s effort.  “Earlier, we had talked about the team getting really, really high and then really, really low like we did against Crockett (last week.) Well, the exact same thing happened in this match. The second set – we dropped that pretty bad – but the highs and lows are getting better. Hopefully, we can continue to increase our intensity and keep it level throughout the whole game so we’re not dropping sets.” 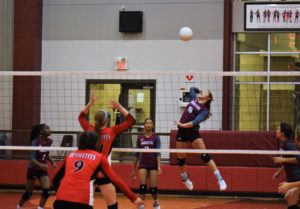 Specifically asked about the fourth set Sandiette comeback, the coach replied, “That surprised me. Usually, coming back from anything more than five is pretty hard to. The fact that we were able to come back was a positive. There were some bad calls early on in the set, but I can’t complain about the way they played in the first five or 10 points. The other team had some big hits.”

Questioned as to if she felt Huntington may have become somewhat winded in the final set, Simison remarked, “No, I think they were just playing safe. They were playing safe and we were on a roll. We just need to make sure when we get down like that and lose the momentum, we don’t start playing safe because that’s when other teams can start taking advantage.”