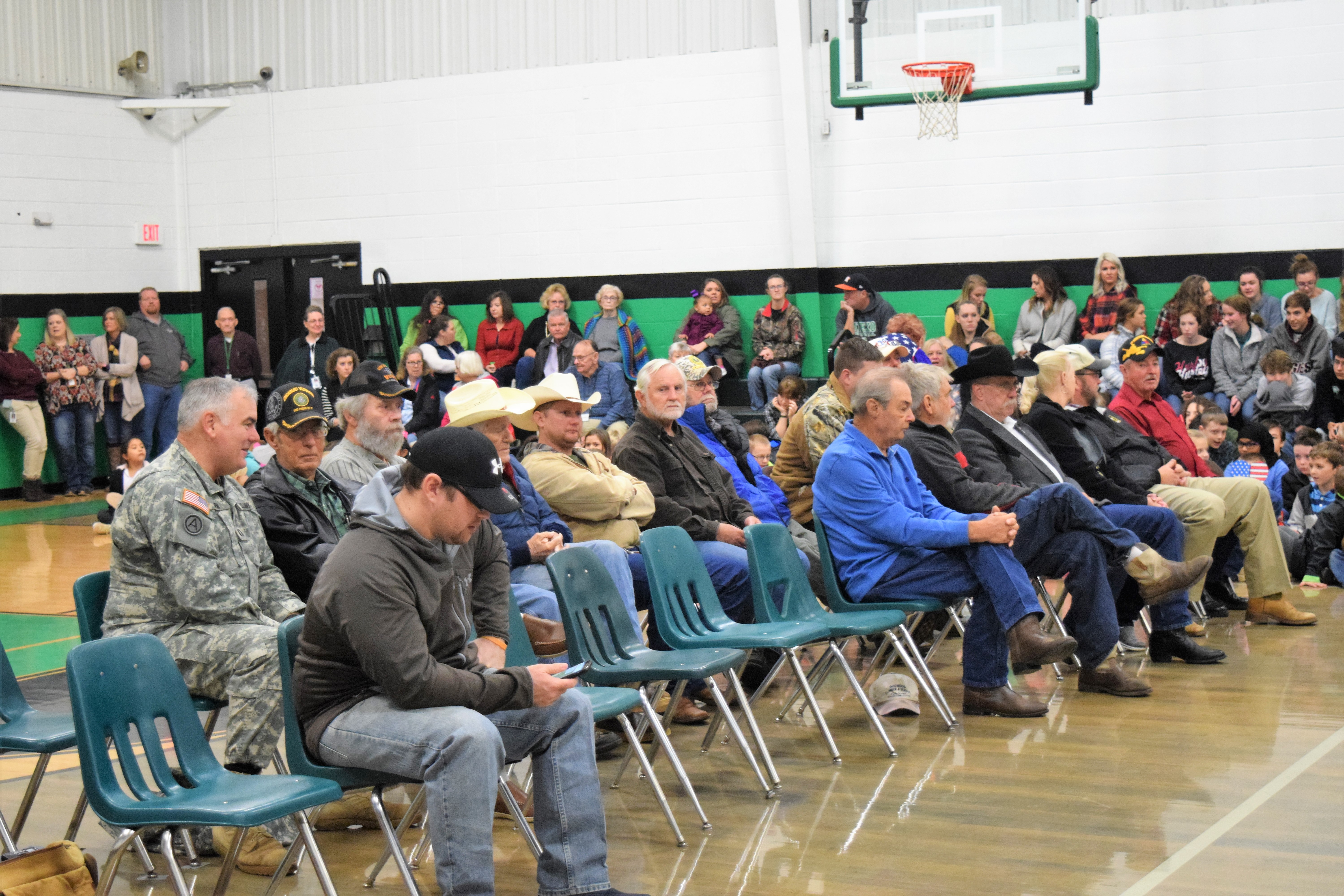 LATEXO – The students, faculty, staff and administration of Latexo Independent School District took time on Monday, Nov. 12 to pay tribute to area veterans as part of a weekend long celebration of Veterans Day.

The ceremony began with a breakfast for veterans in the Latexo ISD cafeteria where all branches of the service were represented.

LISD students Peyton Herrera and Dolan Mullins greeted the past and present service members as they entered. Once the breakfast service concluded, the veterans were ushered into the gymnasium where they were greeted by the entire student b 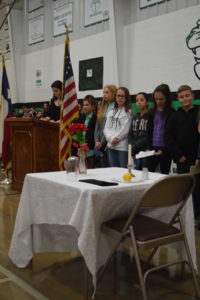 A student-led program was opened by Taryn Curless who welcomed those in attendance and requested for everyone to stand as the National Anthem was sung by Emily Carden. Following the National Anthem, pledges to the American and Texas Flag were led by Riley Catoe and Harli Brent, respectively.

The next part of the program involved a brief history of Veterans Day as told by Stormy Kenny and Seth Stilley.

“On the 11th hour of the 11th day of the 11th month of 1918, an armistice between Germany and the Allied Nations came into effect. On Nov. 11, 1919, Armistice Day was commemorated for the first time,” Kenny said.

Following the Veterans Day background, the individual branches of the service were honored along with the service members in attendance.

Camryn Craven was next to speak and said, “We are gathered here today to celebrate our veterans. An incredible group of men and women who are indisputably heroes. It is truly an amazing honor to stand here today and speak on their behalf.”

“I would like to express my gratitude,” she continued, “to each and every person who fought for our country, no matter what branch, place or time. We are all here today for that same purpose.”

Once Craven concluded her address, the Pre-K students stood and recited a patriotic poem. This was followed by a presentation of “The Missing Man Table,” by fifth and sixth-graders.

The Missing Man Table, also known as the Fallen Comrade Table, is a place of honor, set up in military dining facilities of the U.S. armed forces and during occasions such as service branch birthday balls, in memory of fallen, missing, or imprisoned military service-members.

Next, several gifts were presented to the veterans. The gifts – made by the elementary students in grades one through four – included drawings, fans, cards and other assorted items.

After the gifts had been presented, the closing prayer was given by Bailey Ingle.