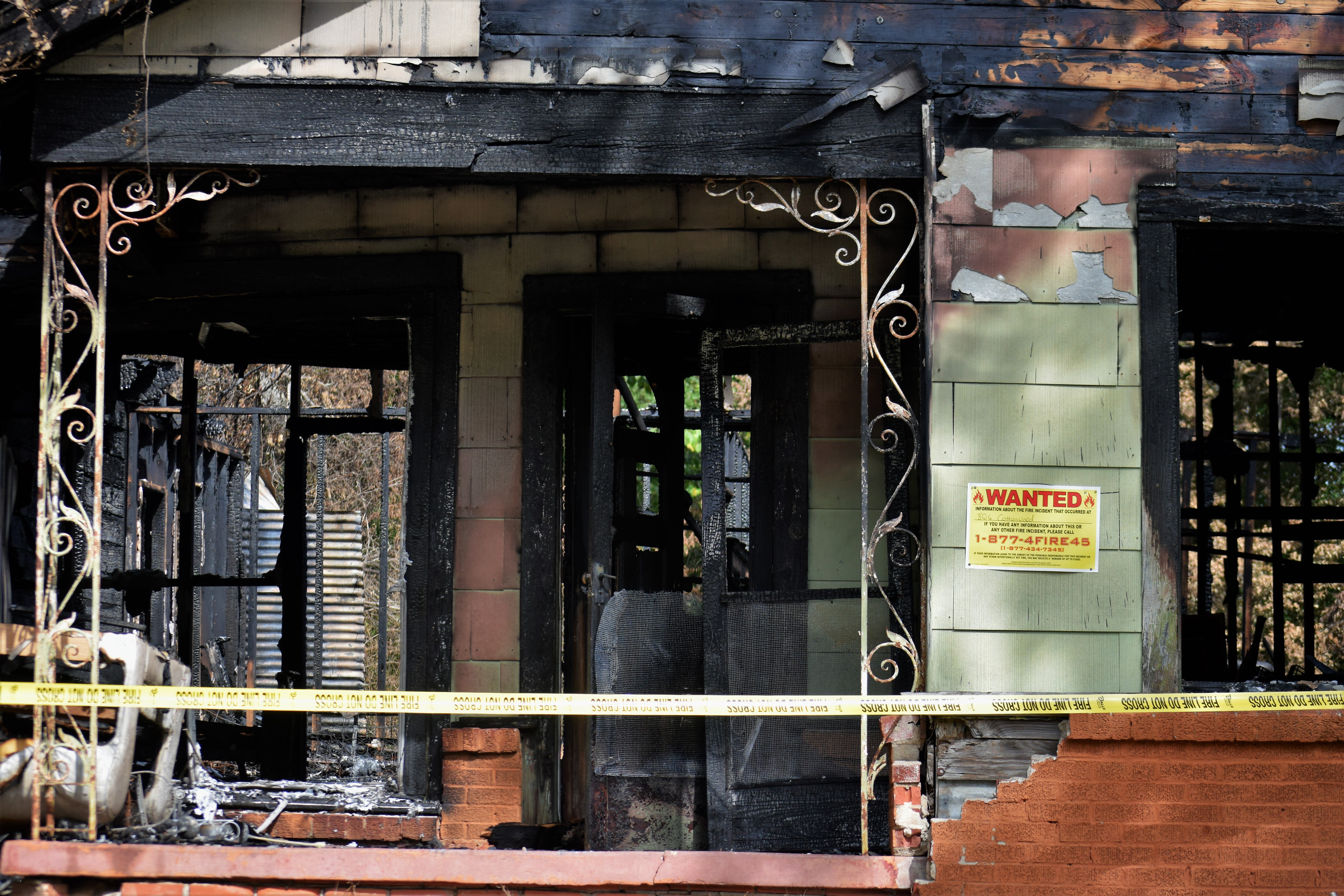 CROCKETT – This past weekend, another structure in Crockett was set afire and burned to the ground. This was the eighth structure to be gutted by flames over the last six weeks.

While no one has been hurt – as of yet – the fear of injury or death is now a real concern for the residents of Crockett. Law enforcement and the fire department have stepped up their efforts in catching the person or persons believed to be behind the carnage.

Crockett Police Chief David “Buddy” Cross said his department was assisting the fire marshal and fire department in trying to get to the bottom of the arson.

“They have brought the state in, as well,” the police chief continued. “We conducted multiple interviews today at the station to help try and gain more information. I have also assigned three of my guys as a kind of a task force. We are working together to see where it takes us.”

Cross said it was his understanding the state of Texas was sending in more investigators within the next few days to help with the investigation.

The fires have been concentrated in the Cottonwood and Sycamore Street areas, in the city of Crockett’s Precinct Three.

“There is someone out there who knows something. There is a reward of several thousand dollars but it will take someone to come to us or call Crime Stoppers with a tip to receive it,” the police chief said.

Precinct Three Councilman Ernest Jackson said he believed law enforcement, the fire marshal and the fire department were doing the best they could do to put a stop to the fires “… and to track down who is responsible for these fires. I do not think there is any delay on their part because the matter is too grave.”

“I would say to those residents in my precinct and to those in Crockett,” the councilman continued, “be patient and give law enforcement time. The state is also involved in this investigation. We will get to the bottom of this but it will take some time. It will also take the community coming together to help law enforcement track down this fire bug and put an end to this.”

The fires have people on edge, Jackson indicated.

“If you have any information on the person or persons responsible for these fires, don’t hesitate to call 911 or law enforcement to report this information,” Jackson said.

Chris Jiminez, Fire Marshal for the city of Crockett said “… this is an open investigation and we are investigating all leads possible. We have received a few leads and we have called in the state – the state fire marshal’s office.”

Jiminez said the state fire marshal’s office had been assisting with the investigation of the last two fires and he expected them to be back in town on Tuesday.

Crockett Fire Chief Jason Frizzell said a total of five fires had been started which destroyed eight structures, not including what he believed to be an additional attempted arson.

“No one has been injured but a couple of firefighters have suffered some minor cuts and bruises,” Frizzell added.

The official reward total is $2,000. The other amounts bandied about on social media are not official and “… if they want to give to this reward, they need to get with (City Administrator) John (Angerstein),” the fire chief said.

“There have been more and more people who are forthcoming, but there is still a lot of information we need to sort out. As soon as we can discuss anything, we will call the media outlets so the public is aware. In any type of criminal investigation, you hold back until you have concrete information,” Frizzell said.

No Gas, No Grass – No Free Ride
The Chase, the Capture, the Conviction
Bomb Threat Closes Downtown