CROCKETT – During its Tuesday, July 10 meeting, the Houston County Commissioners Court was informed by Kim Johnson of Todd, Hamaker & Johnson that an unmodified opinion was received by the county audit report for fiscal year 2017.

Johnson first drew the attention of the court to the audit opinion letter included in the report.

According to Johnson, the county’s overall assets exceeded the liabilities by almost $6.4 million throughout the year.

“That is a good thing – assets greater than the liabilities,” she confirmed. “If I look at that a little bit, you have certain of these net assets that are available to use for ongoing activities, but some that are restricted. So, at that point – that $6.4 million, roughly, about $2.8 million was the only amount you had available to meet your ongoing budget needs. Otherwise, they were restricted monies for particular purposes – debt services, perhaps a grant, something of that nature.”

Johnson pointed out that while “a very good, positive position” was maintained, cash was short in the county at the conclusion of the year.

“There were some significant receivables that were still due,” she reported. “There was almost two million dollars that had not been received by the county. So, you’re definitely in a better cash position, but at that point, you were struggling a little bit, even though the revenues had been recognized.”

“It was a very close year,” she pointed out. “Included in that is a non-cash expenditure of a little over a million dollars for depreciation.”

“In 2016, we had not accrued any revenue associated with the FEMA reimbursements,” Johnson said. “You don’t accrue the revenue until those projects are approved, and in 2016, only the large projects had been approved, and the small projects – which actually ended up being more dollars than the large projects – had not been approved. So, we see a lot more revenue coming in in 2017. At the end of 2017, all the revenues had been accrued for that; all the expenses had been incurred.”

Other action taken by the court included the approval of prior meeting minutes, amendments to the county’s current budget, the payment of the court’s bills and expenses and the county community service and environmental reports.

The court also approved a six-month raise for the county commissioner/auditor assistant and the replacement of the county’s full-time jailer. The renewal of the court’s membership with the State of Texas Cooperative Purchasing Program was also approved.

A representative for the Human Resource Committee was nominated and approved by the court, and the Houston County Appraisal District’s proposed budget for fiscal year 2019 was approved.

May 2021 Election Results in a Few Changes
CDBC to Host Fourth of July Parade
Update on Spread of Coronavirus – Dec. 18 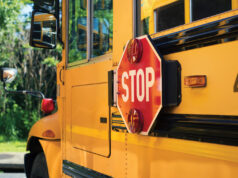