Over $47,000 in Lottery Tickets Allegedly Stolen

CROCKETT – A 25-year-old Crockett woman is in jail after she allegedly stole over $47,000 in lottery tickets from the Wal-Mart Fuel Center.

Jasmine Renee Wiley was arrested on Thursday, May 17 and charged with theft of property in an amount greater than $30,000 but less than $150,000.

The arrest stemmed from a theft investigation conducted by Walmart investigators at the Crockett store.

According to an affidavit of probable cause, “The property stolen and investigated consists of Texas Lottery Ticket printouts that were taken during the shift work and hours – without paying for the tickets – by Markus Purvis and Jasmine Wiley.”

Purvis had been arrested prior to the arrest of Wiley.

Video surveillance, Texas Lottery print logs and confessions by Purvis and Wiley indicated they would steal bundles of the tickets and cash in any winning tickets, which resulted from the theft at various locations, including the Texas Lottery Commission office in Tyler, the affidavit reported.

Houston County Sheriff’s Office (HCSO) Sergeant Larenzo Simpson was assigned to investigate the case and learned the duo had pilfered “… a large sum of money in stolen tickets in the approximate amount of $47,032.”

The legal document indicated the Crockett Walmart had to pay the Texas Lottery Commission for every printed and stolen ticket.

The HCSO sergeant received a written statement, along with a recorded interview from both Purvis and Wiley, where they both confessed after they were shown the evidence collected during the course of the investigation.

Walmart indicated they wished to file charges on Purvis and Wiley. Because of the dollar value of the lottery tickets, the crime is considered a third degree felony. 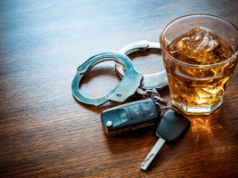 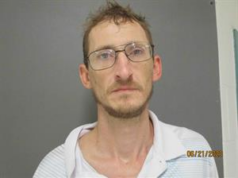