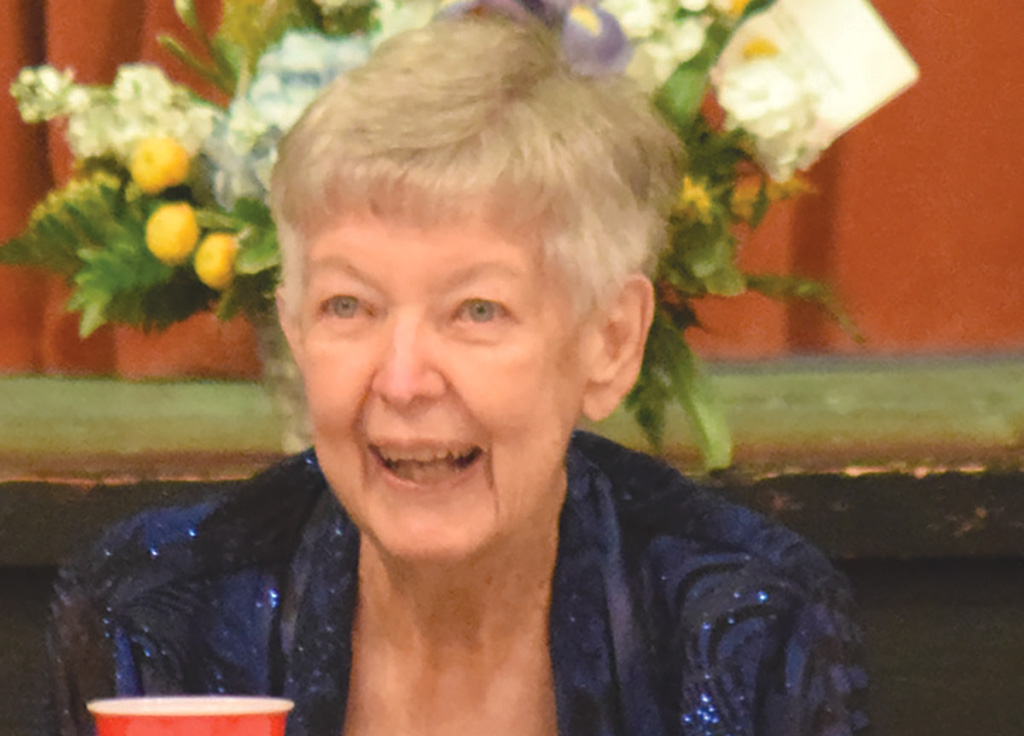 Legend. That is a pretty big word. But try as you might, it is difficult to come up with another word to adequately describe Norma Dell Jones. She was born and died in Lovelady, Texas, but her influence went so much further. From Austin to Nashville to Washington D.C. and all over the globe, Norma Dell was a force to be reckoned with.

She was respected near and far.  And she earned that respect.  When there was political turmoil in the air, Norma Dell was often the glue that held things together.   She never asked anyone to do anything that she wasn’t willing to do herself.  Quite often, she didn’t have to ask.  She was like Tom Sawyer painting the fence — before you knew it everyone was helping paint the fence, too!

She was a product of the community and public schools of Lovelady.  Her long career in education included teaching in Crockett, Porter Springs and Lovelady.  She was also an administrator in Lovelady ISD.  For a number of years she also served as Alumni Director for her beloved alma mater, Sam Houston State University.

There is not a student that has gone through Lovelady in the last 75 years that she did not know.  Personally.  If she saw a child that needed something, they got it. She devoted her life to helping others.

If a politician gained her support, they gained the support of many others.  People who were around at the time will remember that she was the driving force behind the election of her first husband as Sheriff of Houston County.  Over the years she helped many other individuals get elected to local, state, and national offices.  She herself served on the Lovelady City Council and the Houston County Hospital District Board.

In her later years, the restoration and preservation of the Lovelady Old Gym became her passion.  And she didn’t just lead the restoration.  She worked tirelessly to ensure the Old Gym was put to use.  She brought in stars that seldom perform in communities as small as Lovelady.  She promoted their shows.  And, largely because of Norma Dell, most of them came back for repeat performances.

She was generous with her time and her talents. Whether you were a Governor of Texas or a young mom with kids that she ran into at the grocery store or post office, she made you feel like you mattered. Your thoughts and opinions counted.  It seemed she was on a first name basis with everyone.

Her love for her community was surpassed only by her love for her family.  A conversation could not be had without a full update on her kids and grandkids!

Norma Dell Jones was our very own Norma Ray, Mary Poppins and “Ma” Ferguson all rolled into one.   She was one-of-a-kind.  She was driven to succeed – not for her personal benefit, but for the benefit of those around her.

Her memory, and her work, will live on.  Even though she has left this earth, more achievements will still be realized because of the work she did while she was here.  She showed us how to get things done – how to make things happen.  She truly was a legend in her own time.

Lonnie Hunt contributed to this article.