CROCKETT – A Crockett man with a history of domestic violence was arrested on Tuesday, Nov. 14 after he allegedly tried to strangle his ex-girlfriend with a phone charger.

Gayle Franklin Walker, 58, was taken into custody and charged with assaulting a family member or a member of a household and the violation of a protective order by assault or stalking after his ex-girlfriend made an outcry.

In a probable cause affidavit filed by Crockett Police Officer Bray Walter, it was reported while he was on patrol during the afternoon of Nov. 14, he was dispatched to a business on Loop 304 “… in reference to a possible outcry of assault/family violence.”

When Walter arrived at the location, the affidavit indicated the victim was “… sitting on the ground next to her car and was upset and hysterical. I (Walter) noticed red marks that looked as if someone had wrapped a cord around her neck and a swollen red mark on the outside of her right eye.”

The victim informed Walter she had texted her ex-boyfriend, identified as Gayle Walker, that she would be coming by their shared residence to retrieve her belongings.

The affidavit further reported while the victim was at the residence “… she was attempting to get her phone charger when Walker snatched it from her hand and began to strangle her with it. (The victim) then stated during the struggle, Walker slammed her into the door causing the injury to her eye.”

Crockett police officers then escorted the victim to a residence at 905 Fifth St. so she could retrieve her belongings “… and prevent any further injury to (the victim) by Walker,” the report stated.

Once the police and victim arrived at the Fifth Street address, the victim unlocked the door and invited the law enforcement officials inside.

“While inside, contact was made with Walker and he was placed under arrest,” the affidavit stated.

After he was read his Miranda rights, “… Walker agreed to talk and stated he had been texting (the victim) and was aware she was coming over to retrieve items from the house. Walker was in violation of the protective order when he contacted her through text message, allowed her to be around him and also assaulted her,” the affidavit indicated.

Walker was transported to the Houston County Jail where he was booked into custody on charges of assaulting a family member or a member of a household and the violation of a protective order by assault or stalking. It was also learned Walker had a previous conviction for assault causing bodily injury to a family member.

At this time, Walker has been “no-bonded” and remains at the Houston County Jail. 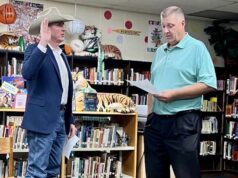 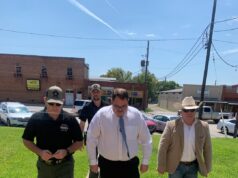 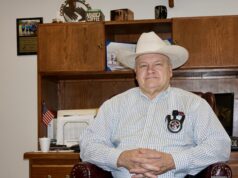