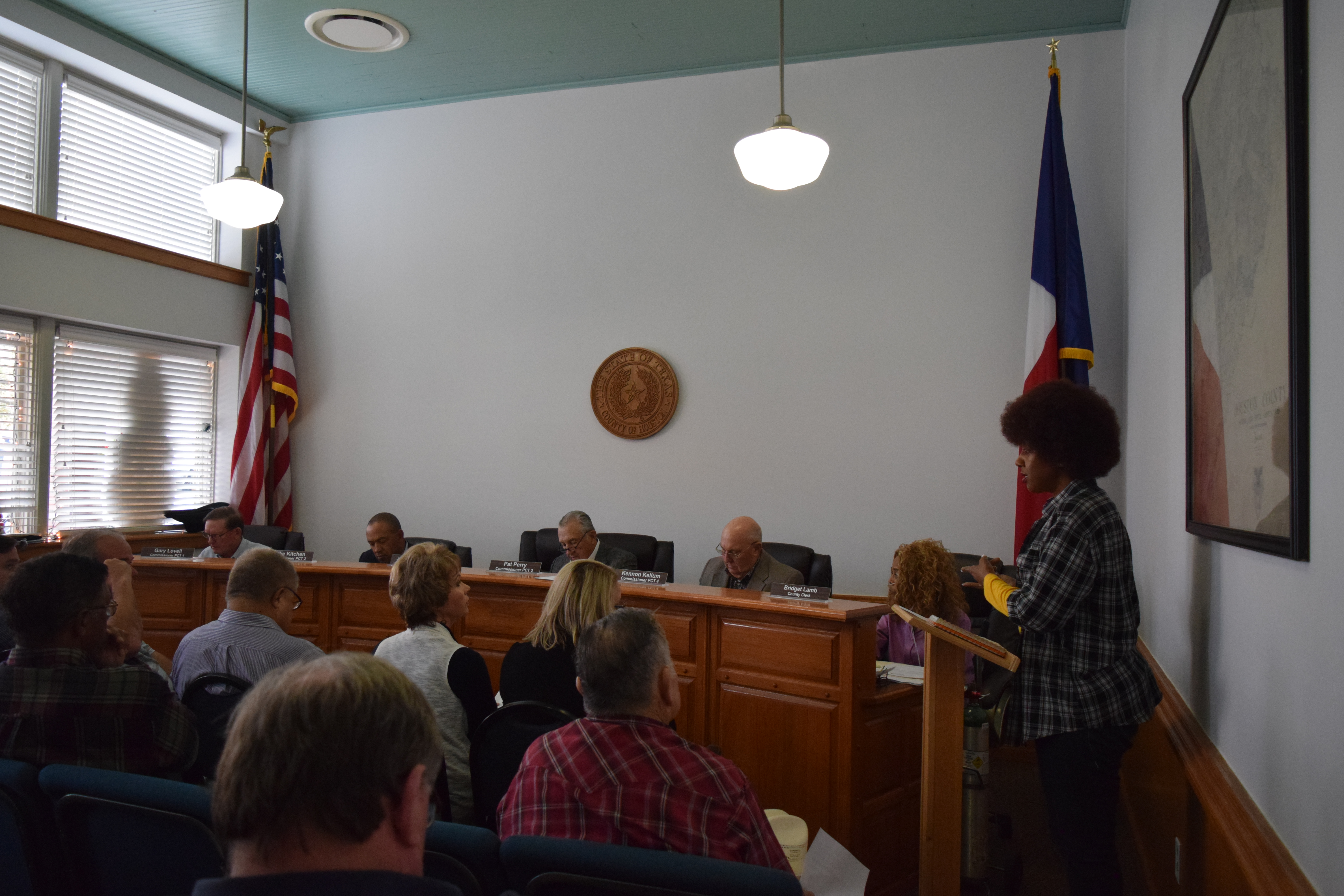 HOUSTON COUNTY – The controversy surrounding the Nov. 7 election in Houston County continued on Thursday, Nov. 16 during a meeting of the Houston County Commissioners Court.

Before the votes had even been counted on Nov. 7, rumblings of ballot irregularities were heard at the Houston County Courthouse. As the rumblings and complaints about the election became louder, the Houston County Election Commission recommended the termination of Elections Administrator Gloria Swor on Monday, Nov. 13.

As the commissioners prepared to canvas the votes during the Nov. 16 meeting, Precinct Two Commissioner Willie Kitchen addressed the matter. Kitchen facilitated the Thursday meeting in the absence of County Judge Jim Lovell who was at a required conference for county judges.

“There is /was some controversy over the election and the way it was held. I’m sure most of you are here with the belief that the commissioners’ court has some type of authority when we canvass the votes,” Kitchen informed the packed courtroom.

The commissioner explained he had done some research on the matter and requested County Attorney Daphne Session to explain what the duties of the commissioners were as the canvassing body.

“You are supposed to review the tally that came in from the precincts. You have to do that by statute. You are required to canvass the returns no later than the 11th day after the election. You have to do that so the County Clerk (Bridget Lamb) can make her report to the (Texas) Secretary of State,” she said.

Kitchen sought clarification and commented, “Daphne, the way I understand this is – our duty is about numbers, not anything to do with ballots or anything of that nature.”

The county attorney said Kitchen was right in his assessment.

A question about who does have the authority to set aside the election results was asked.

Session replied perhaps it was the Secretary of State but added as of Nov. 16, no one had filed a petition for a recount.

Following several minutes of discussion, the commissioners approved the canvass as completed with some corrections.

As the meeting continued, the recommended termination of Houston County Elections Administrator Gloria Swor was addressed by the court.

Swor had been recommended for termination by the Houston County Election Commission on Monday, Nov. 13. While the recommendation was made by the commission, the commissioners’ court had the final say on the matter.

Before the issue was voted on, the court heard arguments for a nullification of the election based on the termination of Swor.

Kitchen said the court had not received any type of formal complaint and added nothing had been put in writing.

“Everything we have heard has been word of mouth. There is no documentation, no signed petition from a group of people saying this was wrong. All we have right now are allegations. I don’t think we can do anything until we have something concrete,” he said.

Before a vote was taken on the elections administrator, County Clerk Bridget Lamb commented on the matter.

A motion was made, seconded and unanimously approved to accept the recommendations of the Election Commission and terminate Swor from her position as Elections Administrator.