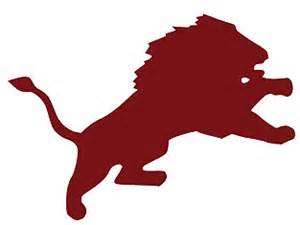 CENTERVILLE – The Lovelady Lions were on the road last Friday night, Oct. 27, as they traveled to Centerville for a District 12-AA DI match-up. The Lions were looking for a little payback after the Tigers beat them twice last year, including a 43-14 season-ending playoff loss.

While Centerville was thought to be the favorite, Lovelady found exactly what it was looking for as they handed the Tigers their first district loss of the season.

The win keeps the Lions in a first place tie with Groveton Indians as a showdown looms in two weeks.

In the Friday night game, Lovelady used a balanced attack to keep Centerville on its toes and the plan paid off for Coach Jon Lowery’s squad as they struck first with a 55-yard scoring reception from QB Colt Robinson to WR Michael Price. The try for two was no good, but at the six minute mark of the first quarter Lovelady led 6-0.

That was all the scoring for the first period of play but as the clock crept under seven minutes to play in the second quarter, Lovelady RB Tim Johnson broke free for a 30-yard scoring romp to extend the Lovelady lead. Robinson snuck across the goal line for the two-point conversion and pushed the Lovelady lead to 14-0.

The Tigers finally got on the board as time was winding down in the half. Hunter Free plowed his way into the end zone from a yard out to cut the Lovelady lead to 14-6.

The extra point was no good but when the Tigers kicked off, a big return gave the Lions the ball on the Centerville side of the field. Robinson led Lovelady the rest of the way and with less than a minute left in the half, he bulled his way across the goal line to bring the halftime score to 20-6.

After the halftime festivities concluded, the two teams spent the first part of the third quarter exchanging punts. With three minutes left in the third, however, Robinson connected with Alex McKnight for 20 yards and a TD. Price converted the try for two and as the two teams headed into the final period of play, Lovelady had opened up a 22 point lead.

The Lions put the game on ice midway through the fourth quarter when Robinson connected on his third touchdown pass of the game. This time it was a 12-yarder to Jay Thomas Robinson. The two-point conversion failed but the Lions had extended their lead to 34-6.

A late TD and two-point conversion by Centerville brought the game to a close with the Lions winning by a final margin of 34-14.

Lovelady is at home this week as they host the West Hardin Oilers. Kickoff is scheduled for 7 p.m. on Friday, Nov. 3.