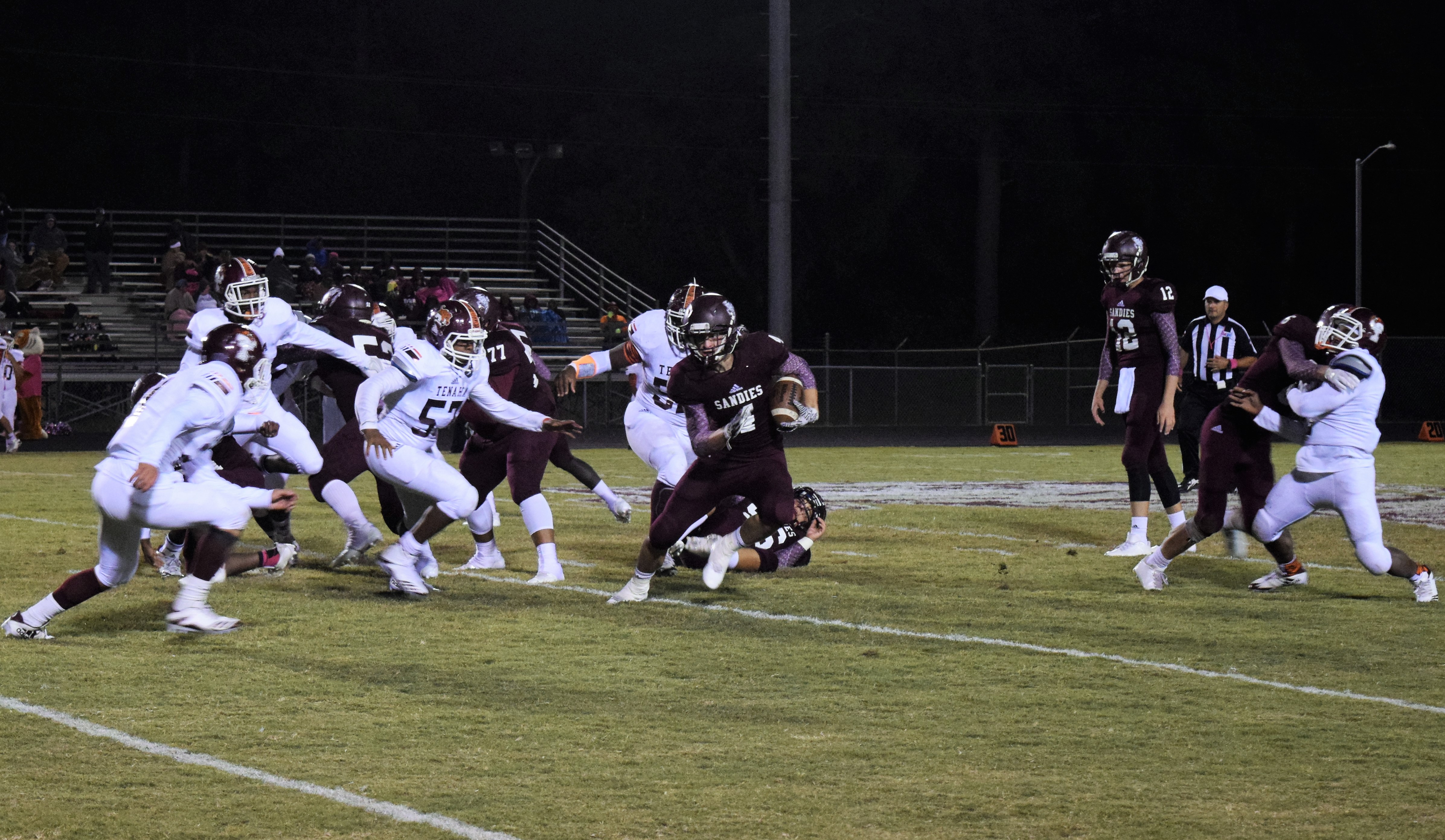 GRAPELAND – The Grapeland Sandies welcomed the number one ranked Tenaha Tigers to town on Friday, Oct. 27 for a District 11-AA DII match-up with the Sandies poised to take a huge step up in playoff seeding.

The Sandies were coming off of a 44-20loss to the Timpson Bears and were looking to right the ship against Tenaha. Unfortunately for Grapeland, the Tigers didn’t suffer a let-down and blasted the Sandies by a score of 49-0. The win keeps the Tigers perfect season intact and further solidifies their lofty ranking. 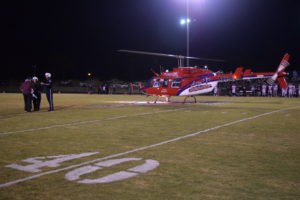 The Sandies won the coin toss and elected to defer. On the game’s opening kickoff, the Tenaha ball carrier came very close to possibly changing the outcome of the game. He was hit by a host of Sandies as he neared the 40-yard line and the ball popped lose.

The Tigers were able to recover the fumble, but left many in the stands wondering “What if?”

Tenaha took over and marched straight down the field behind the running of Onterio Thompson and quarterback CJ Horn.

After Thompson did the bulk of the work, Horn bulled his way into the end at the 9:12 mark and after Christian Castillo’s extra point, the Tigers had an early 7-0 lead.

A three and out from the Grapeland offense gave the ball back to Tenaha at the 20. From there, Horn switched to the passing game as he connected with wide-outs Trai Gardner, Jay Lloyd, Erik Smith and Cody Fosbee to move inside the Grapeland red zone.

Horn eventually scored his second TD of the game as he plunged over from two-yards out. Castillo’s PAT was good and with 1:19 remaining in the first quarter, Tenaha led by a score of 14-0.

A second three and out by Grapeland forced a punt, but on the kick, the Tenaha ball carrier fumbled the ball. The Sandies recovered and set up shop at their own 49-yard line. 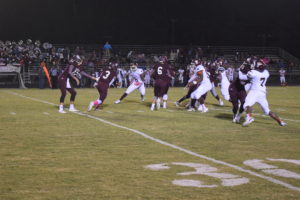 Brannon Bedre picked up 14 yards on two carries and then QB Rick Frauenberger connected with Tyrin Wiley for eight more. Two more carries from Bedre moved the ball down to the Tenaha 20 but that was as far as the Sandies would get as a fumble gave the ball back to the Tigers.

Tenaha took over at their own 20 and launched a sustained drive that culminated in a 30-yard touchdown reception by Lloyd. The XP by Castillo was good and brought the first half scoring to a close with the Tigers leading 21-0.

The second half was more of the same as Tenaha dominated the Sandies. Horn scored his third TD of night early in the third quarter, while Smith scored on runs of 52, 32 and 34 yards to bring the final score to 49-0.

While the game against Tenaha was not the best, Grapeland Sandie Jesse West had a monster night on the gridiron with multiple tackles for loss and at least two sacks.

The Sandies are on the road next week as they travel to Wortham for a game against the Bulldogs on Friday, Nov.3 Kickoff is scheduled for 7 p.m.