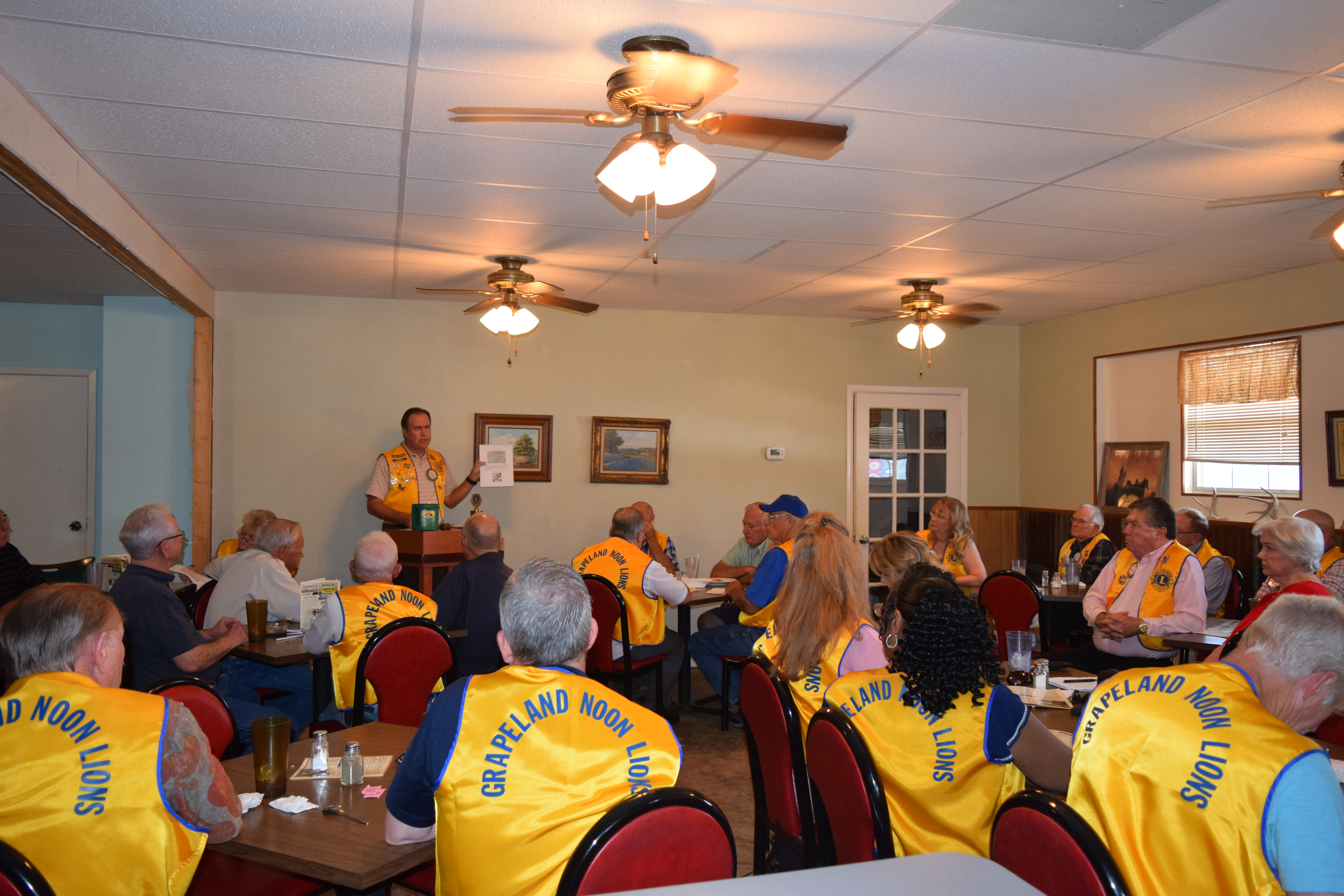 GRAPELAND – The 72nd Annual Peanut Festival is just under three weeks away and the Grapeland Noon Lions Club is busily preparing for the social event of the season in East Texas.

During a meeting of the Lions held on Thursday, Sept. 21, the Lions began to ramp up their efforts in preparation.

The theme for this year’s festival is “Under the Sea” and after the meeting formalities had been dispatched, President Mike Goolsby initiated the Peanut Festival discussion.

“The minutes mentioned we would have sign-up sheets in this meeting. I’m going to send around three separate sheets. These are if you can help on these projects. Two of these are for parking on that day (Oct. 14) and working in the food booth. We will need people there from at least 8 a.m. – especially in the parking area – until at least 2 or 3 p.m.,” Goolsby said.

“The third one is for float building and of course that is done earlier. If you are able to help with the float building, please sign up,” Goolsby added.

According to the makers of the device, the Welch-Allyn company, Spot Vision screening involves using “… a handheld, portable device designed to help users quickly and easily detect vision issues on patients from 6 months of age through adult. Spot screens both eyes at once from a nonthreatening 3-foot distance. The touch-screen display allows for one-touch activation, simple management of patient data entry, and easy configuration for both vision screening and auto-refraction applications.”

“Then Crockett, Kennard and Latexo contacted (Lion) Eddie (Childress) about screening their kids. So on Thursday, we went down to Crockett and screened about 123 students. That afternoon, we went to Latexo and did about 60 more,” Cheatham said.

The treasurer explained the club was scheduled to go to Kennard on Friday, but a scheduling conflict with Kennard ISD prevented the trip.

“Eddie had mentioned trying to do all the Houston County schools next year, if we can get the machine for a couple of weeks,” Cheatham said. “The schools we did were very appreciative.”

After a few more items were addressed, Goolsby re-directed the meeting back to the Peanut Festival. He said he was meeting with Peanut Queen Contestant Madelyn Conner later in the afternoon on Thursday to discuss ideas about her float and encouraged any Lions who wanted to attend to join him at 2:30 p.m. for the meeting. Conner is being sponsored by the Lions in this year’s event.