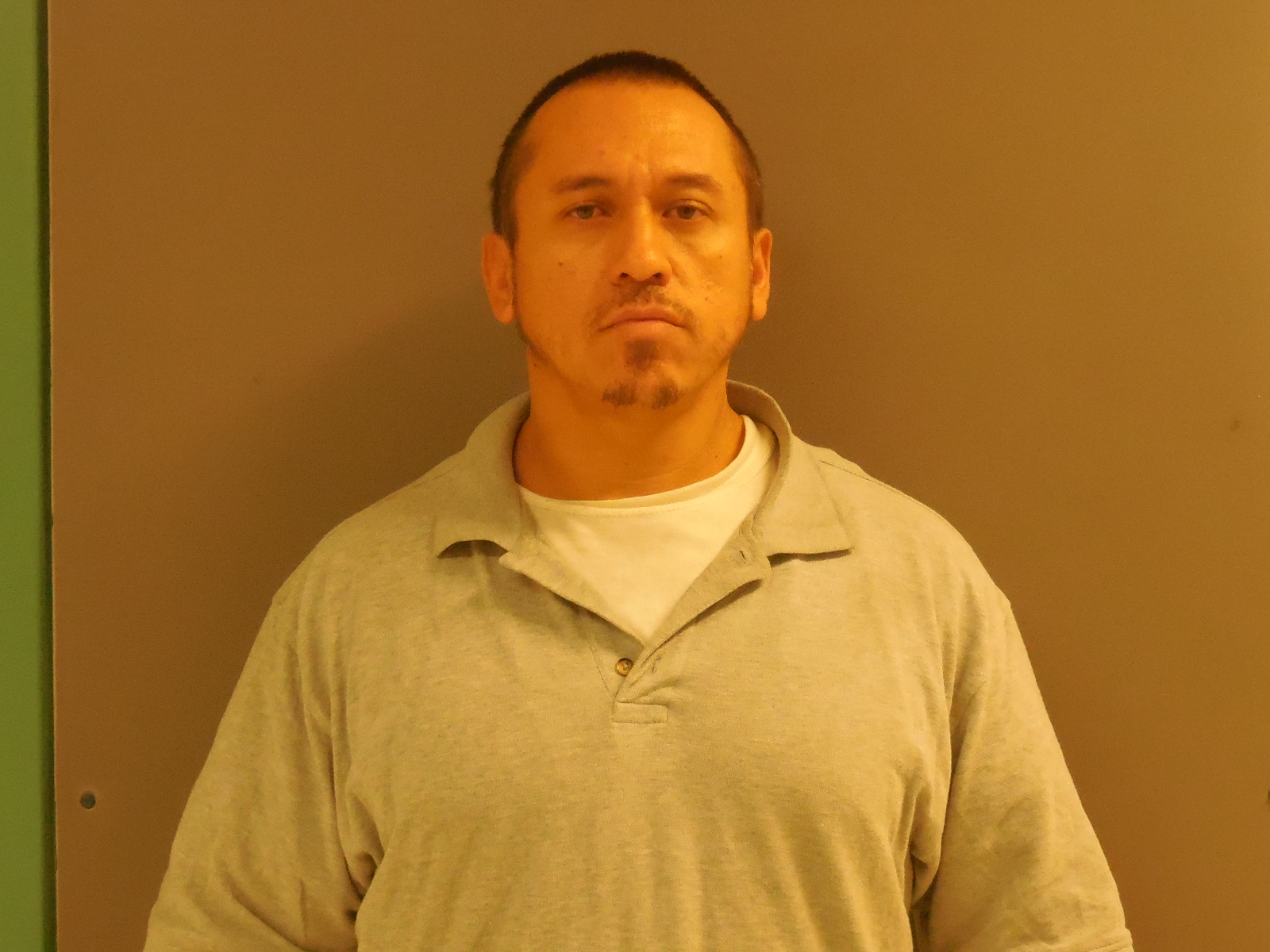 Sentencing to be Held on Sept. 28

Closing arguments in the trial concluded on Friday, Aug. 25 at approximately 2:45 p.m. Once the jury instructions were given and the charge was read, the jurors retired to the jury chambers for deliberation. Roughly 45 minutes later, they emerged from behind closed doors and rendered a verdict of guilty.

After the verdict was read, Mobley’s attorney requested a pre-sentence investigation. His motion was denied and sentencing was set for Sept. 28 at 10:30 a.m.

After over two years, the first trial connected to the case of Vanessa Melson began this week on Tuesday, Aug. 22.
Mobley, 41, from Elkhart, was brought before the 349th District Court with District Court Judge Pam Foster Fletcher presiding to face a charge of aggravated kidnapping, one in a series of events that later resulted in the death and discovery of Melson’s body on July 7, 2015.

The first day of the legal proceedings began with jury selection. Approximately 70 prospective jurors were allowed in the courtroom for jury selection.

Once the attorneys and judge concluded the selection process, the jury pool was narrowed down to 14 individuals – 12 jurors and two alternates – comprised of five males and nine females.

After the jury had been seated, Kaspar and McFall presented their opening arguments in the case.

Following the attorney’s initial statements, the court proceedings moved into the witness testimony phase of the trial.

Because the jury was not seated until after lunch on Tuesday, the first day of testimony was limited. On Wednesday, Aug. 23 the proceedings resumed.

Ruland testified he was contacted by former Grapeland Police Chief Kyle Duren concerning Melson, who had initially been reported as missing.

The investigator said Duren informed him about the possible location of Melson in early July of 2015. Ruland explained he received permission to search a tract of land located east of Percilla on July 6, 2015 but indicated he was unable to find anything on that day.

However, Ruland added, later that same day he received a call from the Texas Department of Criminal Justice offering the services of their K-9 unit to assist in locating Melson.

On July 7, 2015, Ruland along with several other law enforcement officers were led to the location of Melson’s body by the TDCJ dogs. She was found partially buried in a shallow grave, approximately 115 yards from a residence on CR 1737.

As his testimony continued, Ruland said he was pointed to Jeff Melson – the father of Vanessa Melson – for more information on the crime.

The father, in turn, informed Ruland he should speak with Mobley because Melson said he was the last person to see her on the night she disappeared in June.

In an audio recording of an interview with Mobley conducted by Ruland and Texas Ranger Andres de la Garza on July 8, Mobley claimed Vanessa Melson was only a sex partner and he barely knew her.

The investigator further testified Melson called Mobley on June 16, 2015 and asked if he could come by her father’s house and pick her up. Mobley claimed he was running low on gas but when Melson offered to buy him some fuel, he left Elkhart and headed towards Grapeland.

In the interview played for the jury, Mobley said when arrived in Grapeland, Melson appeared to be on some type of illegal drug.

“She was twisted. Her mind was like her family was trying to set her up. She was seeing feds lining up outside,” Mobley told the two investigators on the audio recording.

As the audio interview continued, Mobley informed the officers another individual named Royce Moseley arrived at the Melson residence with several different types of illegal substances including methamphetamine, marijuana and wax – a substance derived from oils of a marijuana plant.

Mobley was heard on the audio to say both her father and Moseley forced Melson to ingest a large quantity of the drugs Moseley allegedly brought with him.

Eventually, Mobley said in the interview he and Melson left the Grapeland location and traveled to where James Eddie Henderson and Brenna Theurer lived on CR 1737. 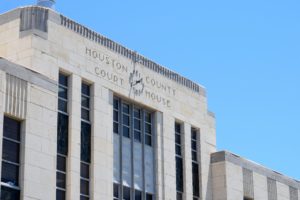 When they arrived, the defendant said the gate to Henderson’s property was locked but Theurer came outside and confronted him. Mobley stated Theurer was hesitant to let them on the property and because of this they left.

Shortly after leaving, Mobley told Ruland he received a text from Henderson to come back to the house but also claimed he did not know either Henderson or Theurer very well.

He indicated when he and Melson returned, they were let into the property by Henderson. When he arrived Mobley told the investigator Melson and Theurer began arguing. Mobley said he and Henderson had gone out to try and start a generator.

Once the generator was started, Mobley indicated he and Henderson discussed removing a tree which had fallen across a power line. He said the plan was for him to return the day to help with the tree removal and that after discussing the plan he and Henderson returned to the house.

When the two got to the house, Mobley told Ruland Melson and Theurer were still arguing and because he was already on probation, he didn’t want to deal with what he termed “the drama.”

As a result, Mobley said he left the residence to go back to his residence in Elkhart.

During the course of Ruland’s testimony about the interview, several transcripts of text messages between Mobley and Henderson were entered into evidence which contradicted Mobley’s assertion he barely knew Henderson.

Mobley was arrested in the fall of 2015 and booked into the Houston County Jail on charges of obstruction or retaliation relating to the Melson case. He was later indicted on the aggravated kidnapping charges in May of 2016.

As the third day of the trial began, Brenna Theurer was called as a witness for the prosecution.

Theurer testified Mobley arrived at the CR 1737 location shortly after midnight on June 17, 2015 and when she went to see who was at the gate she saw Mobley and Melson in a heated argument.

In her testimony, Theurer said Mobley cursed at her and told her to go get Henderson. When she walked back to the house, the vehicle Mobley and Melson were in left the residence.

She testified she went back inside the house but a short time later she said Henderson received a text indicating Mobley was on his way back.

This time, Theurer said, when Mobley and Melson returned they came inside the residence, but added Melson never made it past the laundry room.

Theurer stated she could hear Mobley and Melson arguing and that she heard what sounded like a stick hitting a wall.

A club that appeared to be have a set of nunchakus wrapped in black, electrical tape had previously been entered into evidence and Theurer testified she could hear the sounds change from the stick hitting the wall to what sounded like a stick striking a person.

She said tried to call 911 and report the incident, but said Henderson took her phone away from her.

Theurer said she had a verbal altercation with Mobley over the argument he was having with Melson.

“He said he wasn’t going down again and said she was a snitch but promised he wouldn’t hit her,” Theurer said under oath. “I heard the beating and some more arguing and hollering.”

She said she went back into the bedroom and then Henderson left.

“When James left the bedroom, I started hearing what sounded like a sexual assault. His side was like having sex, her side crying. You could hear her crying. She was crying,” Theurer said.

Theurer indicated she eventually walked into the kitchen which had a direct line of sight into the laundry room and could see Mobley beating her with the black club. She also indicated Henderson was standing behind Melson with his hands on her shoulders, preventing her from trying to struggle or escape.

She said she was scared and freaked out. Theurer testified she went back into the bedroom and apparently passed out. When she awoke it was near dawn.

“When I looked out the window it was kind of gray but I saw them carrying one of the area rugs (kept at the house) being taking out to the truck with some hair hanging out of it,” she said.

Following Theurer’s testimony, the state rested its case and the court was recessed for a lunch break.

When the jury returned, the defense began its presentation which was highlighted by Mobley’s testimony on Friday, Aug. 25.

Mobley was the first witness called by McFall on Friday. Mobley testified the first part of the stories told by Ruland and Theurer were basically true, however, his testimony began to stray from the earlier testimony at the point he arrived at Henderson’s residence.

He admitted to using meth, wax and marijuana earlier in the day when he was at the Melson home but stated he left just after dark and went home. Just as he pulled into his driveway, Mobley said he received a text from Melson to please come pick her up and get her out of the house.

After he received the text, Mobley testified he returned to Grapeland. From there, he said he and Melson drove out to Henderson’s property.

He explained when he got there, Theurer saw the state of intoxication Melson displayed and refused to let her in. Mobley said they left but received a text from Henderson telling him to come back.

After Mobley and Melson, arrived back at the Henderson residence he said Melson and Theurer began arguing while he and Henderson went to start the previously mentioned generator. Mobley also admitted to discussing the tree which had fallen across power lines and said he would come back in the morning to help remove it. 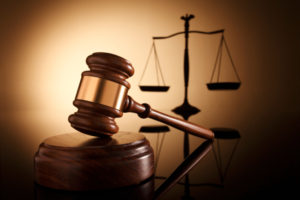 Once the two men had started the generator, they returned to the house. Mobley testified when he returned the two women were still arguing and explained it was too much drama for him.

Because of the ongoing argument, Mobley said he left the residence and travelled back home. He explained he slept on the couch at his mom’s house and she had brought him a pillow and blanket after he was asleep. He also testified his brother had awoken him as he was leaving for work at between 7 and 8 a.m.

After he woke up, Mobley informed the court he got dressed and went back to the Henderson residence to help with the tree. When he arrived, Mobley testified the house was very quiet. When he asked Henderson where Melson was, Henderson said she had gone back to her dad’s home in Grapeland.

During his testimony, Mobley was defensive with his own attorney and at times hostile to the district attorney during Kaspar’s cross examination.

When Kaspar confronted Mobley about the part of his story about returning to his mother’s house after leaving Henderson, she asked why was this the first time that part of the story was being heard.

Following Mobley’s testimony, the defense rested its case and court was recessed for a lunch break. When the court session was reconvened, closing arguments were heard from both McFall and Kaspar which concluded at approximately 2:45 p.m.

The jurors were given instructions on the charges by Judge Fletcher and retired to the jury room to deliberate Mobley’s guilt or innocence. Less than 30 minutes later, the jurors returned to the court room with a guilty verdict.

In an arrangement between the defense and prosecution, Judge Fletcher will determine Mobley’s punishment.

Sentencing is scheduled for Sept. 28.