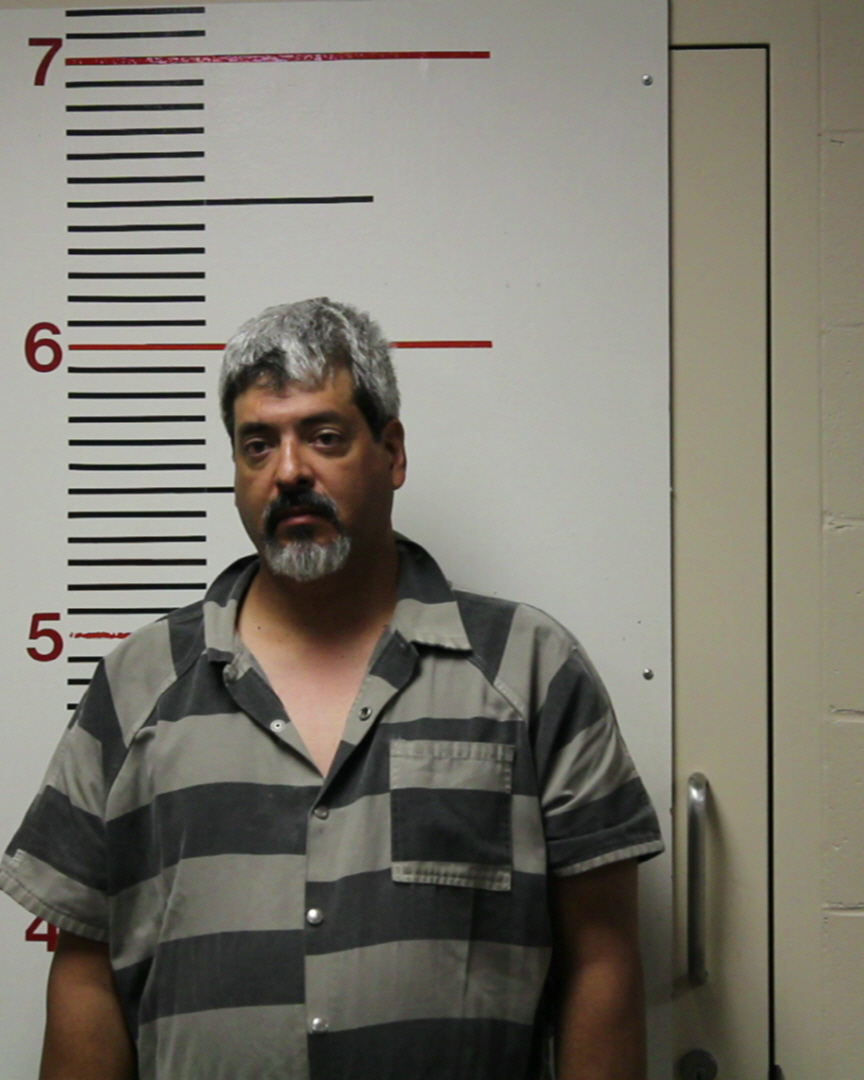 PALESTINE – Eight days after a Palestine woman was reported missing and subsequently found murdered, the Palestine Police Department arrested her ex-husband for the homicide.

After obtaining an arrest warrant, PPD detectives took Palestine resident Andrew Glenn Taylor, 50, into custody without incident for the murder of Ricki Deann Taylor, 46. The arrest occurred between 9 and 10 p.m. on Friday, June 30.

Taylor is currently held in the Anderson County Jail on a $1 million bond. According to the arrest report, Andrew Taylor is self-employed.

“I want to thank the citizens, law enforcement, every person and member in the community that contributed and waited for the outcome of this day. We finally made an arrest in the murder of Ricki Deann Taylor,” PPD Lt. Gabriel Green said as he released details about the arrest during a press conference on Saturday, July 1 in the Palestine City Council Chambers.

According to the police, Ricki was last seen in her truck, stopped on South Magnolia Street near Colorado Street in Palestine. She was reported missing on the morning of June 22. Her truck was located the same morning in the parking lot of nearby Willie Meyers Park.

“The last place she was seen was South Magnolia and Colorado Street which is not that far away, within walking distance of that park,” Green said.

On June 23, Palestine detectives located the body of Ricki Taylor off of Houston County Road 2120, between Grapeland and Latexo. Autopsy reports revealed she was killed in the evening of June 21 by a single gunshot wound to the head.

The victim’s cell phone records helped fit the other “pieces of the puzzle” together, leading to the arrest, Green said.

“Once we had the cell phone information delivered to us – it was delivered as (grid) coordinates – we had to take that data and put it to coordinates on the map. Then, we were able to determine where everything occurred in the traveling point, like a traveling GPS beacon, which is what we used,” Green said during the press conference.

The Texas Rangers are assisting the PPD in the investigation. Members of the U.S. Marshal’s Join East Texas Fugitive Task Force also assisted in the arrest.

“Our detectives – upon getting this case- worked tirelessly. Things you don’t see in media releases and in written documents are the countless hours spent by our detectives, the Texas Rangers – and later as the warrants were issued- by the U.S. Marshals Join East Texas Fugitive task Force, as they were all able to work together,” Green said.

The police lieutenant thanked everyone who contributed to the investigation.

“The biggest thing we had, number one, was a ton of teamwork. We had everybody working on this,” Green said.

Though an arrest has been made, Green explained the investigation is still active.

“They made an arrest, but whether or not there may be more arrests in the future, or more information released in the future, is hard to tell,” Green said. “This case is not over for us until it goes to the courtroom.”

Ricki Taylor had worked for the past two years at 93.5 KBPC “Big Pine Country” radio station.

Services for her were held this afternoon at Cornerstone Worship Center in Palestine.

Since Ricki Taylor went missing, many citizens have worried about their own personal safety. Green explained several area residents had expressed concern something like this could happen to them.

“I can’t tell you how many citizens have been asking ‘What is going on? Is there a serial killer? What is happening to our city?’” Green said.

Upon request from the public, the PPD is working on having its officers trained to teach self-defense classes in the near future to ease the public’s fears and concerns.

“We want you to be able to handle real life, with the warriors, the defenders, the people who are on the streets every day. These guys right here will be able to tell you exactly what’s going on, keeping it real,” he said.