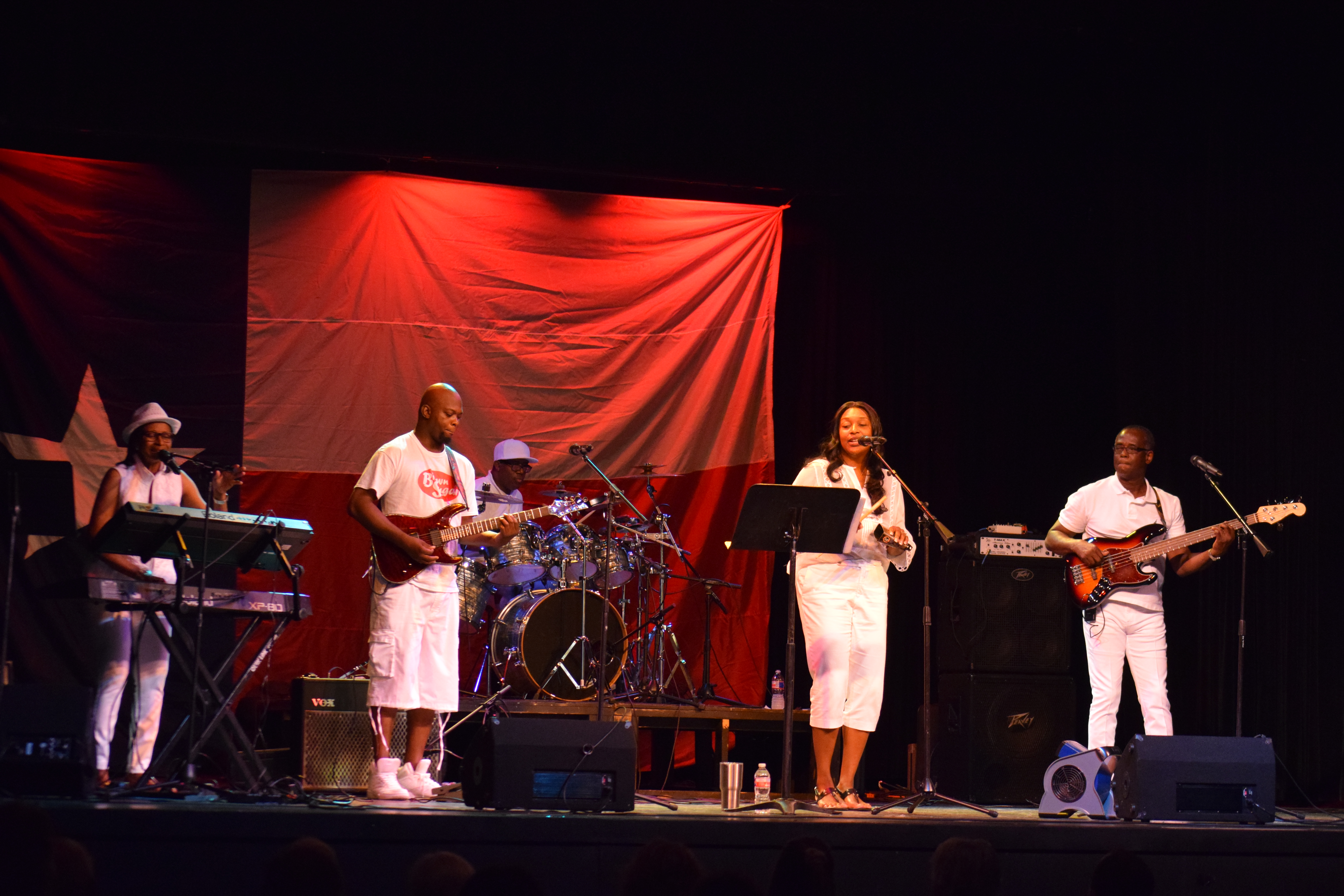 CROCKETT – The Piney Woods Fine Arts Association closed out the 2017 Summer Lightnin’ Concert Series with a soulful taste of brown sugar as they welcomed The Brown Sugar Band to Crockett on Thursday, June 22.

The event was moved to the Crockett Civic Center after the wet weather brought by Tropical Storm Cindy forced the venue change from the J.B. and Kathryn Sallas Amphitheater. 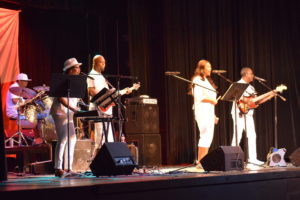 Those who stayed home because of the venue change or the rainy weather, missed a great show as Brown Sugar Band blew the roof off of the civic center with their Motown tribute.

The band was comprised of Tasha Johnson-Bailey on vocals, Jacques Webster on percussion, James Mosley, Jr. on bass, Robert Wortham on lead guitar and Sandra Lee, the band leader and keyboardist.

When asked how the band came together, Lee said it was formed in 1975.

“My mother and I started the band playing military gigs. We played small clubs and then we opened for Con Funk Shun, ZZ Hill, Johnny ‘Guitar’ Watson, Bobby ‘Blue’ Bland and other artists like that. WE played a lot of fraternity parties, private parties, wedding receptions and we’ve traveled all over. March 18 marked 42 years we’ve played,” she said. 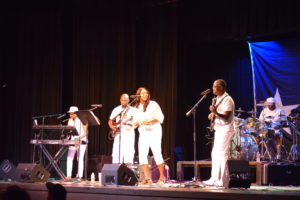 “We mainly play old school R&B. We all grew up in this genre and we’ve stayed true to it. Second, we’re like a family. That’s one reason we’ve managed to stay together as long as we have. Of course, we do have our differences but it’s like a little brother/little sister type of thing,” the bandleader said.

While R&B is the band’s staple, Lee said the band also played a wide variety of genres.

“We can play country, jazz, disco or whatever. It really depends on the clientele we play for,” she said.

Asked what the crowd could expect, Mosley said, “We’re gonna do us. It’s gonna be a little bit of everything. It will give the folks a chance to get up and dance. There will be some old songs we play that will bring some memories back and make them reminisce.”