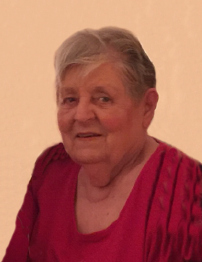 A fifth generation Texan, Carol Dickey Watson’s beginning and end took place in Crockett, TX.  Born on August 8, 1932 at the Satterwhite home, Carol departed this world at her home at Spring Creek Country Club on May 30, 2017.  Even in death, she did things her way, choosing to stay at home during her illness.  All who knew Carol will miss her sharp mind and keen sense of humor.  She was fair-minded, resilient and fiercely independent.  Her grandsons described her as wise, fun, funny, brilliant, caring, sociable, supportive, strong, and easy-going.  Obviously, they knew her well. Carol had an openness about her that brought comfort and familiarity to those who had just met her.  She was down-to earth and put people at ease.  Never pretentious, Carol was a REAL person, valuing people and experiences over possessions.  Above all, Carol listened carefully, offered a shoulder when needed, and provided advice if asked.  However, those not wishing to hear the truth need not ask Carol’s opinion because she was a straight shooter whose calm demeanor served her well.  She was a born storyteller, telling funny stories til the end.

In the mid-1970s Carol returned to Dallas and started her 14-year career with Sanger-Harris department store and worked her way up the corporate ladder to retire as the largest store’s Operation’s Manager.  Carol left Dallas and returned to Crockett to take care of her aging parents, Julia Satterwhite Dickey and Clive Edwin Dickey.

Once back in Crockett, she opened Carol’s Corner, a delightful gift shop she ran for over ten years. Her years of retail experience allowed residents of Crockett to enjoy the likes of a city store, complete with exquisite culinary delights, gourmet coffee, Jon Hart luggage, Dept. 56 Snow Village, all complete with beautiful gift wrap and the finest customer service.

During her career, Carol mentored and employed many young people who still speak fondly of her to this day.  Firm but compassionate, she maintained high expectations of her employees.  She gave many people their first opportunity in retail, and helped others start their businesses, run political campaigns, and reach their dreams.  In addition, she taught many people the value of accepting change and taking risks.

Although Carol spent her lifetime working in retail, her true passion was writing.  In 2007, she published a book she had worked on for almost fifty years.  Her book, “We Interrupt This Childhood to Bring You World War II” tells the story of growing up in Crockett during the war and watching her four Satterwhite uncles serve in the armed services during that dreadful war which changed everything about life in the 1940s.   Carol also loved to fish, golf and play word games such as Scrabble.  On early mornings, she would drink two cups of black coffee and work the New York Times crossword puzzle daily until her eyesight diminished.

Most important to Carol were her family, her friends, and her faith.  A devoted and loving mother, Carol adored her two daughters, and what she called her “six-pack” of boys, four grandsons, and her two great-grandsons.  She loved these boys and gave of her time to help them create great memories, whether it was building them a tree house, taking them to the Mayan Dude Ranch, or showing up to cheer them on as they played sports, performed in plays, and celebrated their birthdays.

However, Carol served as a “mother” to many others as her door always welcomed the many young people who stopped by to visit, tell and listen to stories, and ask for advice.   She traced her genealogy and created a book for each daughter including that history along with pictures and other historical and family information.

History and record-keeping were important to Carol.  So were her positions in the Pilot Club, and on the boards of the Evergreen Cemetery and the Moore, Frye, Echols Scholarship committee.  During her illness, many lifelong friends called and visited Carol, and she treasured these visits with the wonderful people with whom she had kept in touch with all these many years. Carol was a member of All Saint’s Episcopal Church in Crockett.  She loved her church and her church family, and was proud of the stained glass windows she commissioned in memory of her grandson, Jordan Ellis.

Carol Dickey Watson was the last living blood relative in Crockett from the Benjamin and Charm Satterwhite family, a family that’s lived in Houston County since its inception.  For this and so many other reasons, the loss of Carol Dickey Watson truly marks the end of an era.  “A person never dies as long as there is a single soul who keeps alive the memory,” so the family requests that you keep Carol’s legacy alive in your memories and stories. Also, Donna and Marti offer a huge “thank-you” to the loving care and kindness shown to their mother by Traditions Hospice.  The entire family appreciates the efforts of Stacy, Melissa, Christina, Marty, JoAnn, and especially Crystal, or “my Crystal” as Carol referred to her.

Survivors include daughter Donna Ellis and partner Steve Helmendottar of The Woodlands,  daughter Marti Miles-Rosenfield of Dallas.  Carol is also survived by her grandsons. Jason Ellis and wife Lauren of The Woodlands, Max Rosenfield of Austin, and Jake Rosenfield of Dallas; and great-grandsons Riley and Rex Ellis of The Woodlands.  Additional survivors include Carol’s sister-in-law Pat Dickey and her husband, Warren Taylor; nephew Bobby Bridwell  and wife Dawn and children, Luke and Claire; and niece and namesake, Carol Michelle Dickey Jacobs and children, Jack and Julia Charm, as well as many cousins.  Carol was preceded in death by her parents, Julia and Clive Dickey; her younger brother Clive Edwin Dickey, Jr.; and two grandsons, Zachary Rosenfield and Jordan David Ellis.

The family received friends during a visitation on Thursday, June 1 at Callaway-Allee Funeral Home from 5 to 7 p.m.  Funeral services were held at 11 a.m. Friday, June 2 at the First Baptist Church with Father Jack Chase of the All Saint’s Episcopal Church officiating.