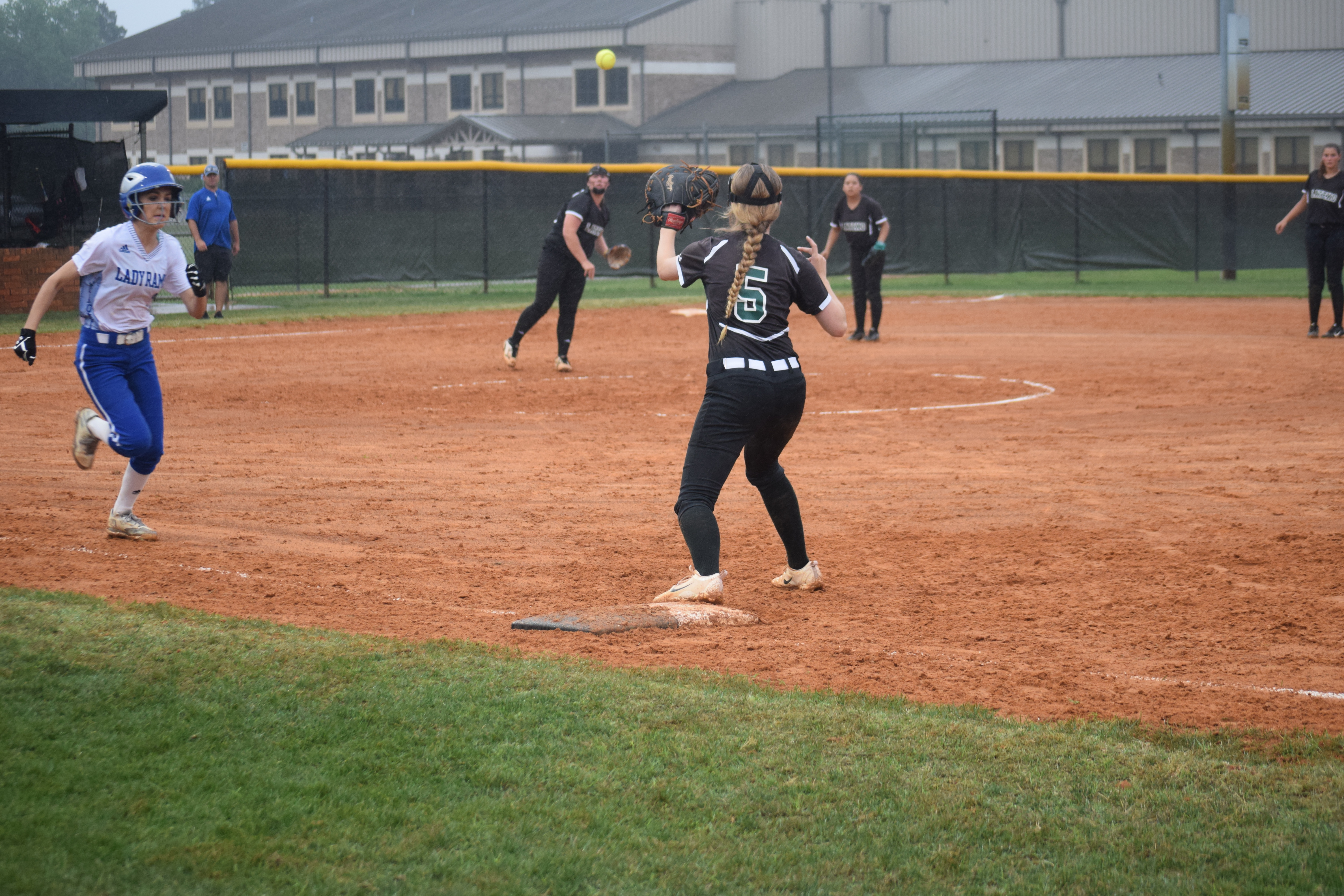 NACOGDOCHES – The Latexo Lady Tigers ran into a buzz-saw in the Bi-District round of the softball playoffs as they fell to the Joaquin Lady Rams, two games to none in a best of three series.

The first game pitted two of the top pitchers in the area against one another as Latexo’s Gracie Zalesky battled Joaquin’s Lexi Hutchins.

In the game one matchup, Hutchins was nearly unhittable as she only allowed three base runners on one hit and two errors. 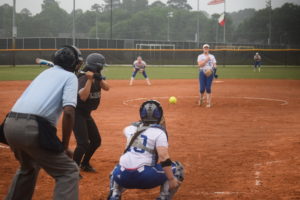 The first error occurred in the first inning when Diana Maza reached first but was doubled up at second. Zalesky recorded the Lady Tigers lone hit of the game when she lined a two out single into center field during the top of the fourth inning.

Unfortunately, she was stranded there as Hutchins retired the next batter she faced to retire the Latexo batting order.

The final Lady Tiger to reach base was Raelyn Walker who slapped a shot to short that was mishandled by Randi Goates for an error in the top of the seventh inning.

By then however, it was too little, too late as Joaquin went on to win game one by a score of 7-0.

Game two was held on Saturday in less than conditions. The forecast called for clouds, but a light drizzle accentuated by gusts of howling wind made for a miserable time on the softball field in Nacogdoches.

Zalesky and Hutchins were back in the pitcher’s circle for their respective teams and once again, the lady Rams jumped out to an early lead.

Joaquin plated three runs in the top of the first on a fielder’s choice, an error, a double and a sin 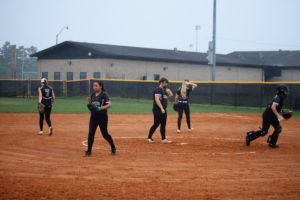 Hutchins retired the side to start the first inning in the field for Joaquin and then turned the game back over to her offense.

The Lady Rams plated three more runs on a walk, a sacrifice fly from Hutchins and a fielder’s choice from Hana Bonner to make the score 6-0.

The Lady Tigers continued to be baffled by Hutchins who retired the Latexo side in order during the second and third innings. Meanwhile, the Lady Rams tacked on a run to make the score 7-0 by the end of the third inning.

Zalesky got the Lady Tigers first hit of the game in the bottom of the fourth inning but was stranded at first once again.

As the rain began to increase, the pace of the game slowed down as both pitchers struggled to keep the ball dry. 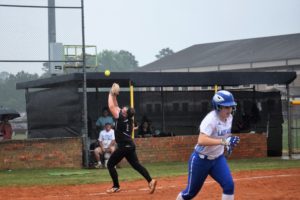 slow, wet and relatively quiet fifth and sixth innings, the Lady Rams tacked on an additional run in their half of the seventh to make the score 8-0.

With one last turn at-bat, the Lady Tigers finally got to Hutchins and roughed her up for two runs in the bottom of the inning.

Alexa Knight walked to lead off the seventh. She was followed by Zalesky who popped up for the first out but Walker drew a base on balls from Hutchins to put runners on first and second with only one out.

A passed ball followed by a wild pitch gave the Lady Tigers their first run of the series when Knight crossed the dish.

With Walker now on third, Madison Catoe drew a walk and Latexo now had runners at the corners with one away. Catoe stole second and Walker managed to scamper home on an error to make the score 8-2.

Unfortunately that was as close as the Lady Tigers got as Hutchins retired the next two hitters she faced to end the game with the score 8-2 and win the series for the Lady Rams by a count of 2-0.