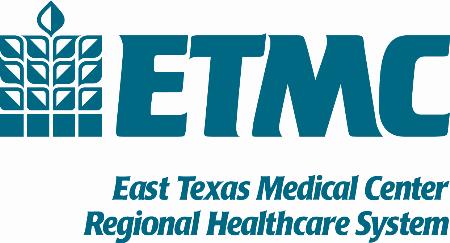 EAST TEXAS – The United States government has joined in a lawsuit against East Texas Medical Center Regional Healthcare Systems, Inc. “… alleging, among other things, violations of the False Claims Act and the Anti-Kickback Statute,” according to a press release from the Department of Justice U.S. Attorney’s Office for the Eastern District of Texas.

“The United States’ complaint alleges that ETMC and Paramedics Plus entered into an illegal kickback scheme to obtain and retain a lucrative public ambulance services contract awarded by Williamson and EMSA, a public trust entity established under Oklahoma law,” Acting U.S. Attorney Brit Featherston stated in the press release. “The United States alleges the defendants created a slush fund controlled by ETMC and Paramedics Plus that was used to pay over $20 million in kickbacks.”

The lawsuit states EMSA provided ambulance service to the cities of Tulsa and Oklahoma City in an arrangement where EMSA owned or leased the ambulances used but “… did not employ drivers, emergency medical technicians (EMTs), or paramedics. Instead, EMSA contracts with a private contractor for drivers, EMTs, paramedics, and other personnel that actually perform health care services. EMSA then bills Medicare, Oklahoma Medicaid, private payers and patients for the services provided by its contractors.”

Until 1998, the lawsuit indicated the company contracted to provide the medical personnel was American Medical Response (AMR).

“In or around 1997, EMSA’s President, H. Stephen Williamson, attended an ambulance industry conference in Florida. At some point, Williamson met Anthony Myers, an executive at ETMC,” the lawsuit stated.

The two men allegedly devised a scheme to create a new company to replace AMR as EMSA’s ambulance services contractor in Oklahoma. In return, the newly formed company would kick back part of its proceeds to EMSA and Williamson, according to the lawsuit.

“In furtherance of the scheme, on June 22, 1998, ETMC formed a new Texas limited liability company, ‘Paramedics Plus, LLC,’ an entity with no history of providing ambulance services in Oklahoma or anywhere else. Among Paramedics Plus’s original four managers were Myers and Elmer Ellis – ETMC’s President and Chief Executive Officer,” the federal lawsuit further stated.

The lawsuit also reported in September of 1998, EMSA dropped AMR as its medical personnel provider and awarded the contract to Paramedics Plus.

Over the next 15 years, the lawsuit alleges ETMC and Paramedics Plus continued to pay kickbacks and engaged in other illegal activity at the request of EMSA officials. Among the illegal activities specified in the legal document were:

In its marketing material, Paramedics Plus claimed it was giving money back to the communities by paying cash to the public entities that awarded it contracts.

Once word of the alleged kickbacks – as well as the relationship between EMSA, ETMC and Paramedics Plus – came under scrutiny from the local media, the lawsuit stated “… EMSA’s Board of Trustees requested that an auditor from the State of Oklahoma examine the allegations of misconduct.”

In response to the suit, Schwartz released a statement on behalf of both ETMC and Paramedics Plus.

“Recently, we have been named in a lawsuit brought by a former employee seeking money as a so-called ‘whistleblower.’ The federal government has joined this suit, also seeking money from us and others,” Schwartz stated.

Schwartz indicated the lawsuit centered on one provision of a contractual relationship made in 1998 to provide EMS staffing for EMSA.

“Under that relationship, we at Paramedics Plus helped EMSA provide emergency medical services, which were independently judged to be among the best in the country,” Schwartz stated. “We also agreed to return a share of our profit to EMSA—a standard and legal practice in this industry—which was publicly disclosed. The whistleblower and the federal government now say that limiting our profit and returning a portion of it back to these communities somehow violated federal law.”

The whistleblower to who Schwartz referred to is Stephen Dean, the former Chief Operating Officer of Paramedics Plus. In his role as COO, the Justice Department’s press release indicated Dean was given oversight of the EMSA contract.

“Dean filed the action under the qui tam provisions of the False Claims Act, which permit private parties known as “relators” to sue on behalf of the United States and to receive a share of any recovery. The False Claims Act permits the Government to intervene in such a lawsuit, as it has done in a portion of Dean’s case,” according to the press release.

Calls to ETMC for a response were referred to the organization’s legal representatives. Attempts to reach the attorneys for comment were unsuccessful.