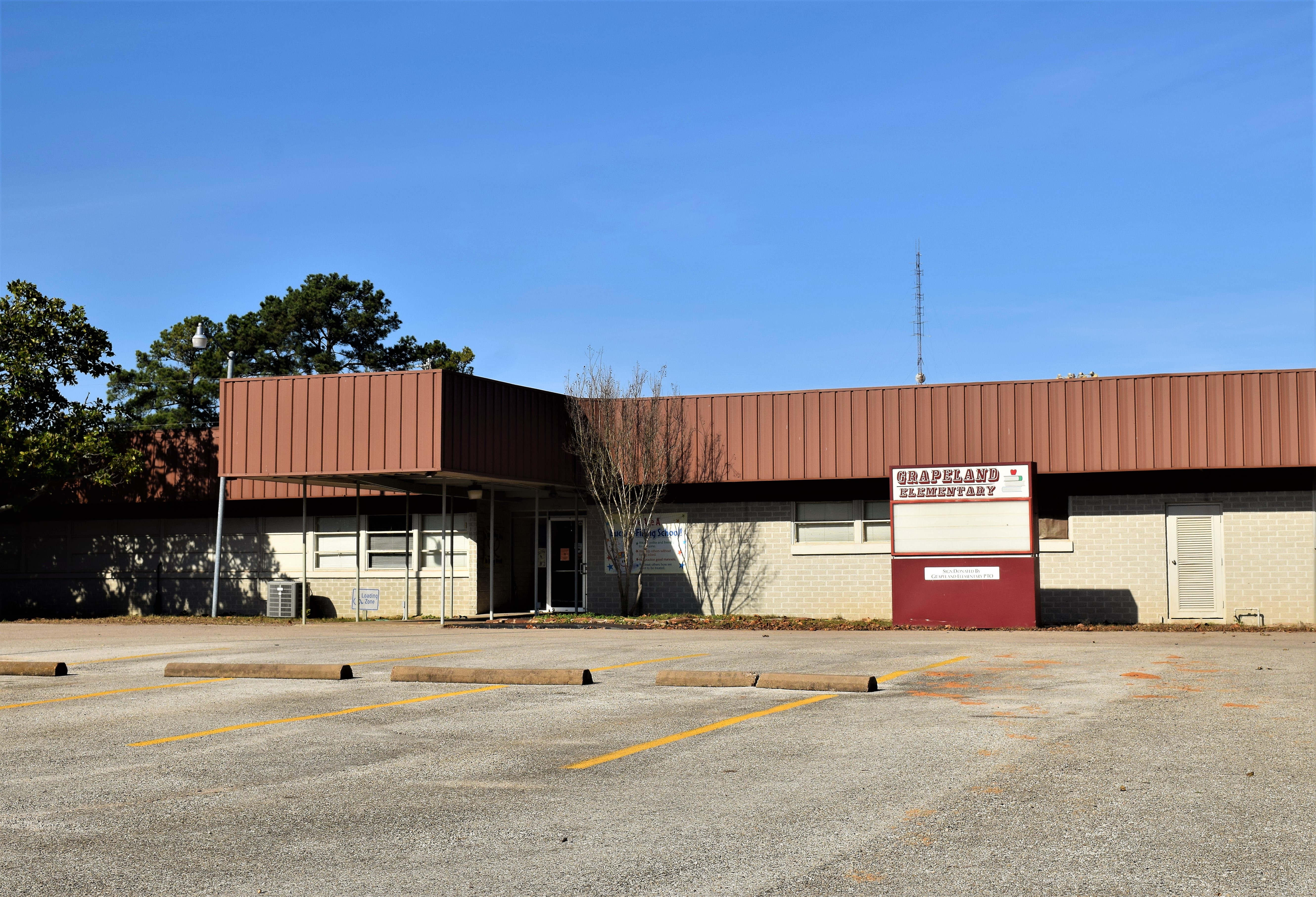 GRAPELAND – By a margin of 5-2, the Grapeland ISD Board of Trustees approved moving forward with a plan to construct a new elementary school. The GISD Board had been considering either to use completely new construction or to extensively renovate the 60-year-old building with some limited new construction.

After the board re-emerged from a lengthy closed doors session, regarding what course of action to pursue with the elementary school, a motion was made and seconded to go the route of all new construction. When the votes were cast, the total showed five in favor and two against. Josh Goolsby and Paul Oliver cast the dissenting votes.

During May of this year, a bond initiative in the amount of $9.6 million failed by a narrow margin. The GISD board held several meetings with the residents of the district and returned with a new plan and possible bond initiative in an amount between $7 and $8 million.

In a town hall meeting held at the end of November, architect Mark Strong – with the design firm of Goodwin, Lasiter, Strong – advised new construction would cost somewhere between $6.8 million and $7.8 million while the hybrid plan (renovation plus new construction) would cost between $5.6 and $6.6 million.

In other school board business, the board unanimously approved a resolution requesting State Senator Robert Nichols and State Representative Trent Ashby “… to author, co-author, and/or support the final passage of legislation that will correct a more than 40-year-old penalty against small/rural school districts with less than 1,600 students in attendance and less than 300 square miles within their boundaries.”

If a bill slated for submission as the Texas Legislature convenes is brought forward and passed, it would mean an additional $600,000 would be received by Grapeland ISD, according to GISD Superintendent Gregg Spivey.

A second resolution concerning the new “A-F” accountability system also was approved by the trustees. This resolution called for the Texas Legislature to do away with the newly approved “A-F” ratings system “… and develop a community-based accountability system that empowers school districts to design their own internal system of assessments and accountability that, while meeting general state standards, allows districts to innovate and customize curriculum and instruction to meet the needs of each student and their communities.”

The resolution also calls for the reduction of “high-stakes, standardized tests” and to use a variety of assessments in order to reflect greater validity and accuracy about what students know and can do when held to rigorous standards.

The motion was unanimously approved.

In other matters brought before the GISD Board: