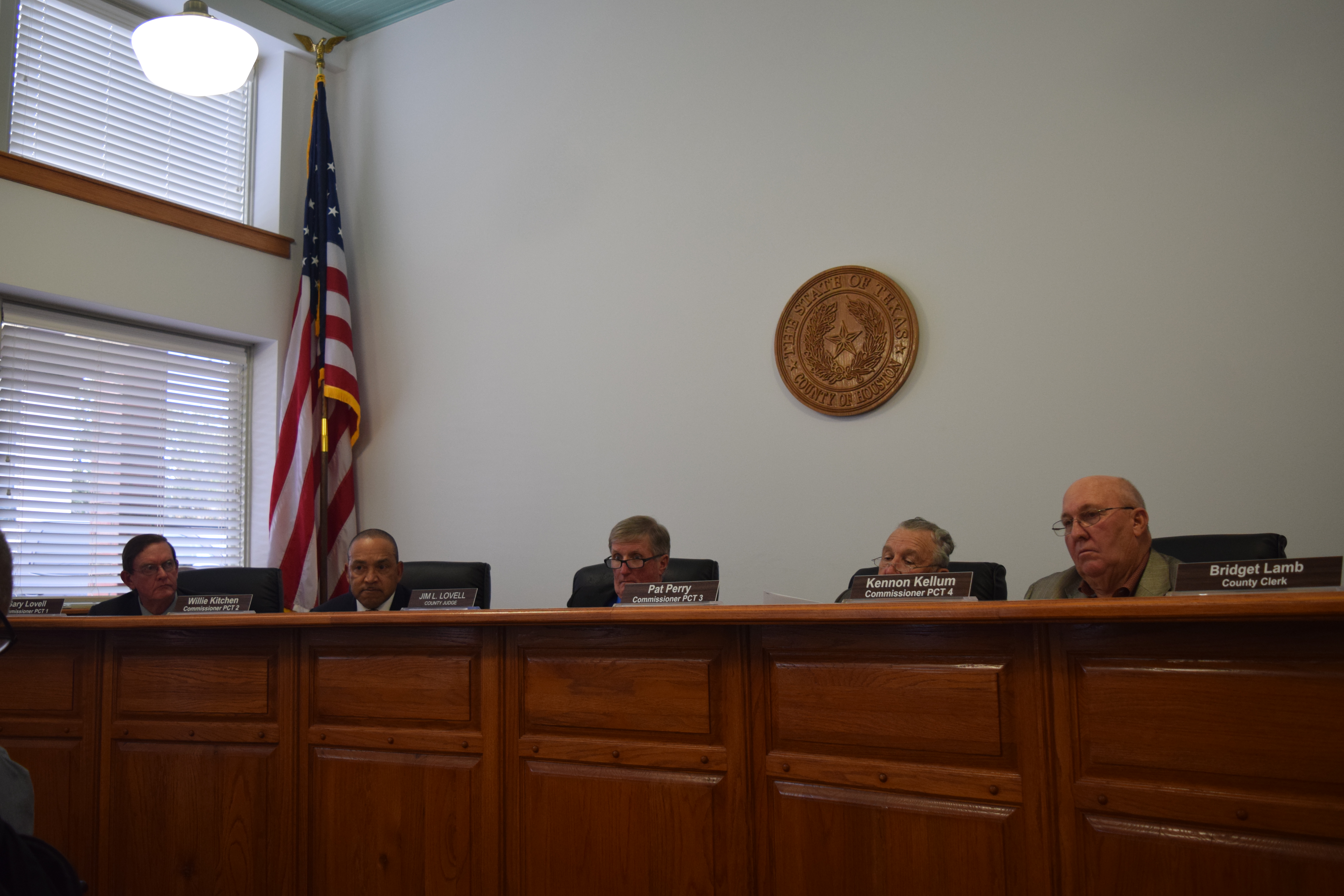 HOUSTON COUNTY – In his first official meeting as County Judge, Judge Jim Lovell facilitated a meeting which ran the gamut of topics from the recension of (a)warded contracts to governmental agency shenanigans to (Z)ilkha Biomass Energy.

As the Tuesday, Dec. 13 meeting got underway, County Auditor Melissa Mosley informed the court an issue with the Federal Emergency Management Agency (FEMA) appeared to be resolved.

Since that time, the county auditor indicated clean-up efforts had been undertaken and claims had been filed with FEMA seeking funds for damage recovery.

“We had a big audit and they tried to un-substantiate $463,080.46 and ask us to repay. I have been fighting with them for three years. We received notice on Dec. 9 we would get all of our money and close this out,” she said, as several county officials applauded.

Following the approval of several routine items, the matter of rescinding awarded contracts was brought forward.

“In the last commissioners court meeting, bids were awarded for nine types of material. We received six bids on the nine. According to Local Government Code 262.027D statute, the things which can be considered as the ‘lowest and best’ are the initial cost and the depending on the contractor’s location, the delivery costs,” the county auditor explained.

She added the location from where the materials were transported could also be considered. As a result, Mosely said it was possible for each precinct to select a different contractor, based on statute.

“I would like to suggest that you rescind the vote from Nov. 22 for the attached contracts of CRB Materials and Reclamation Contractors of Texas because you haven’t purchased anything from those two vendors,” Moseley said.

She added the court needed to contact the contractors who had been used since Nov. 22 and provide them with 30 days about the contract cancellation and the county’s intent to re-bid the material contracts.

After several minutes of discussion, a motion was made and approved to rescind the decision from the Nov. 22 meeting and advertise for road material bids.

The next item discussed by the commissioners concerned the acceptance of a donation from Zilkha Biomass Energy where the company would transfer ownership of the now vacant 13.125 wood pellet fuel manufacturing facility to Houston County.

Precinct Two Commissioner Willie Kitchen expressed his belief the company was wanting to donate the facility to the county in order to receive a free pass on their tax liability.

Millican added Zilkha’s total 2015 tax bill was over $300,000 and said it took sending out letters indicating the entities were about to file suit against the company before the tax bill was paid.

“Probably what they are trying to do is push this through so they don’t own the facility on Jan. 1, 2017. Otherwise, they will owe 2017 taxes,” Millican said.

The matter was tabled for further consideration.

The Houston County Commissioners Court normally meets the second and fourth Tuesdays of the month at 10 a.m. in the County Courthouse Annex. The public is welcome and invited to attend.