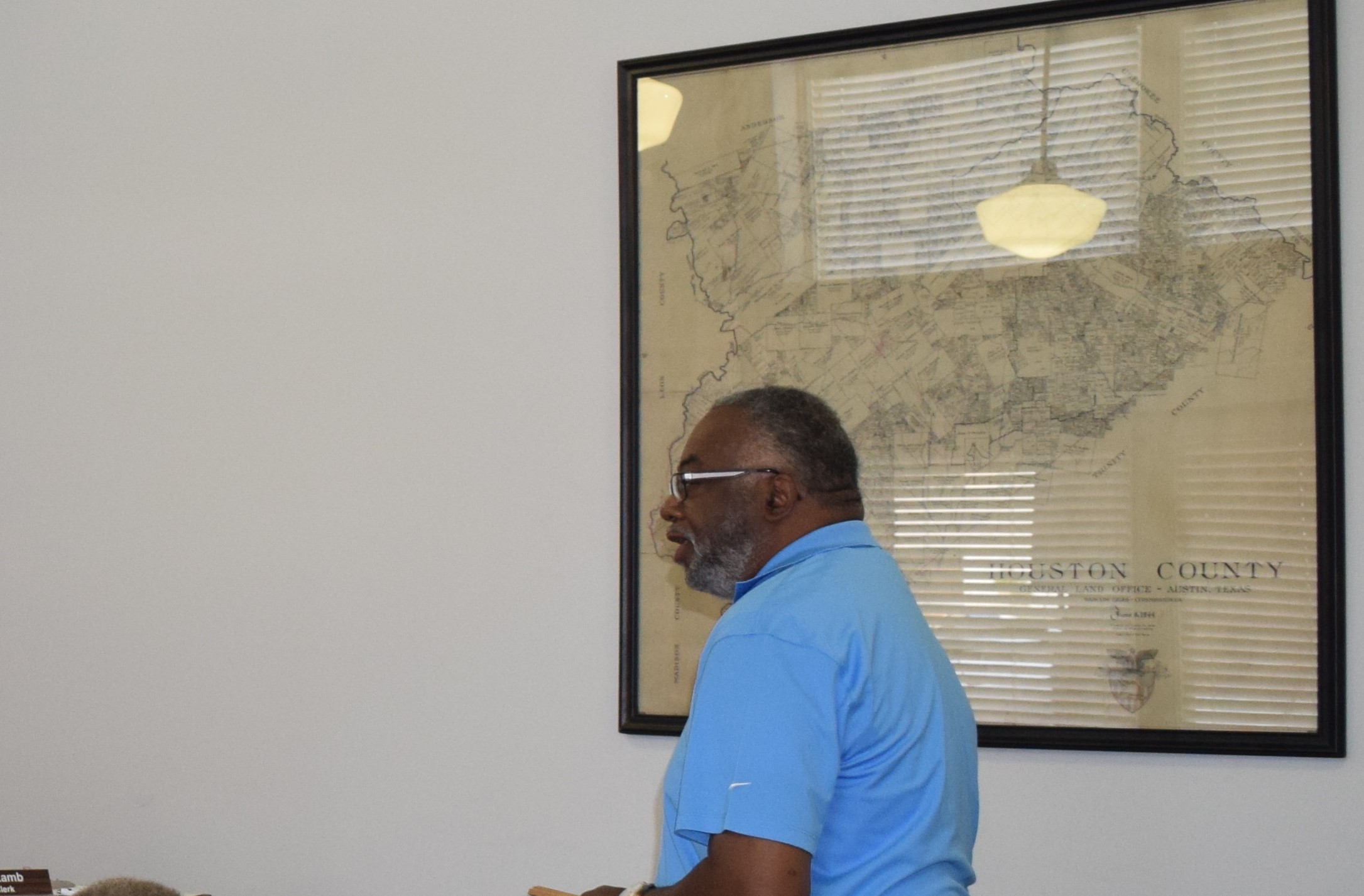 CROCKETT – The Crockett Economic and Industrial Development Corporation (CEIDC) recently removed the interim tag from Interim CEIDC Executive Director James Gentry’s title and selected him as the full-time leader of the organization.

CEIDC Board of Directors President Chris von Doenhoff made the announcement during the public forum portion of the Crockett City Council meeting held on Tuesday, Dec. 6.

“As you all know, we have been without an executive director since October and we have had the good fortune of having a volunteer fill in for these last few months, as best he could. Last night, (Dec. 6) we had our meeting and after we had considered this for a while we made a decision about our new executive director,” von Doenhoff said.

As he gestured towards Gentry, who was in attendance during the meeting, von Doenhoff highlighted the new executive director’s experience in working with the CEIDC. He indicated Gentry had served on the CEIDC Board for nearly 18 years.

“He was off the board for one or two years during that time but has probably worked with every single director we have ever had,” von Doenhoff said.

Gentry has an engineering background and has lived throughout the United States during the course of his career in engineering, von Doenhoff commented.

“He probably could have lived somewhere other than Crockett, but he chose to stay in Crockett and participate in Crockett. The board is very happy with this decision,” he said.

Following the meeting’s adjournment, von Doenhoff discussed how the decision to choose Gentry came about with The Messenger.

He said the CEIDC Board had discussed the matter and debated whether to go out and search for a candidate or whether to try and coax Gentry into the full-time role.

“We had discussed whether to go out and search for a candidate as we had done in the past, but James was right there. Frankly, we asked him if he would be interested. Initially, he said he would like to think about it.”

The board president recalled Gentry had said he wasn’t sure if he wanted to work in a full-time capacity for the CEIDC or if he would like to go back into the engineering field.

“He was eager,” von Doenhoff added. “We are excited to do this. He offers a fairly unique perspective because he has lived and worked in different areas of the country.”

With Gentry’s appointment, von Doenhoff advised there will be a vacancy on the CEIDC board which will be filled by the Crockett City Council.

“That is at their prerogative and I’m sure they will begin to discuss it. We’re looking forward to this,” he said.  “I’m encouraged. Now, we have someone who will be there every day, answer the phone and follow up on current projects.”

Gentry will begin his new full-time position after the first of the year.

Drive on In to Flip’s Drive-In
Economic Hope on the Crockett Horizon?
Athletic Trainer Possibility Discussed By Latexo ISD Board