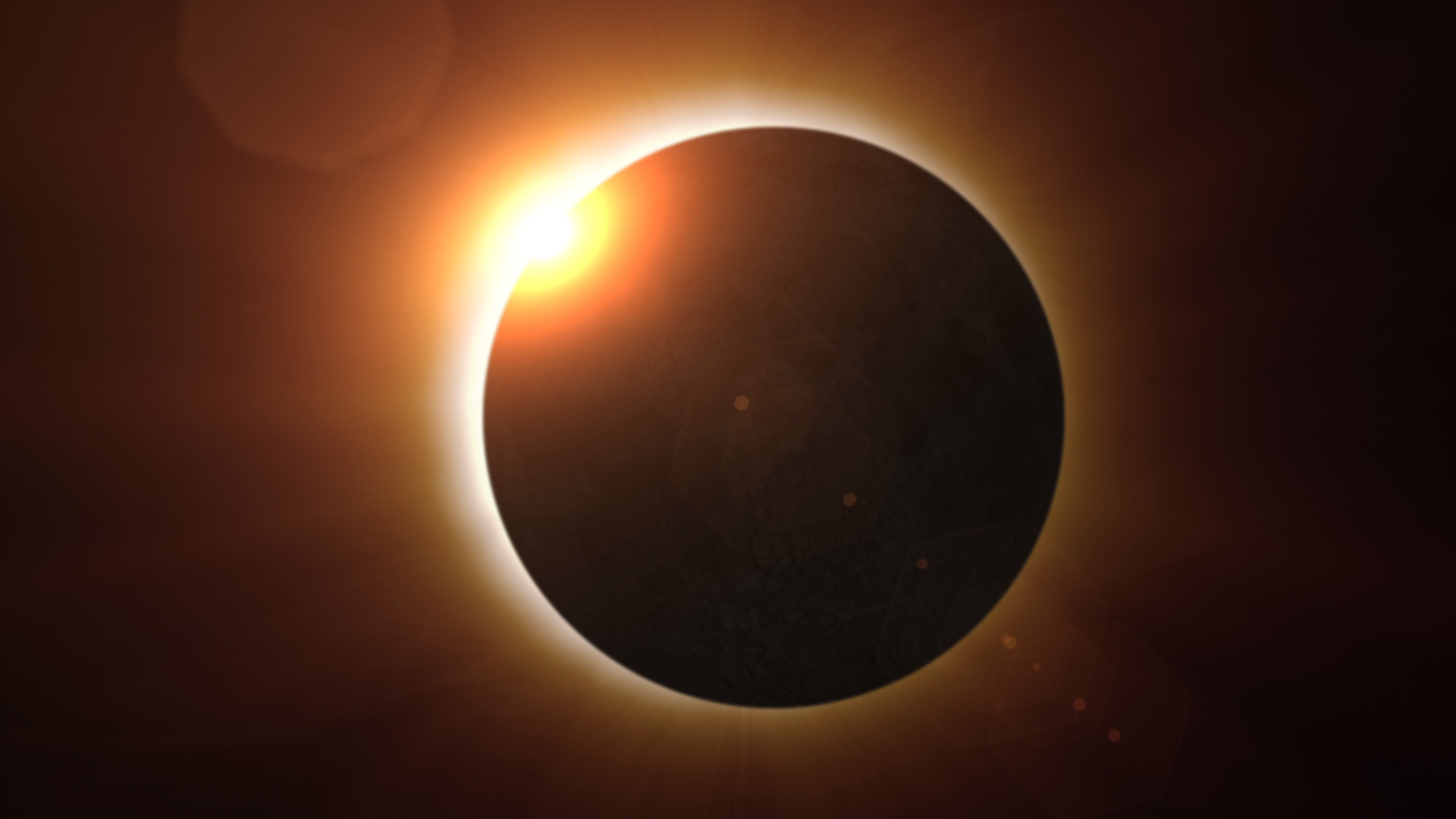 GRAPELAND — Coming up in just a few day, a historic event will take place across the Continental United States   something that hasn’t happened since 1918 – a total solar eclipse.

Around 1:10 p.m. on Monday, Aug. 21, the majority of those in the United States – including those of us in Texas – will have a chance to see this astronomical event.

National Weather Service Warning and Coordination Meteorologist Mark Fox, based at the NWS office in Fort Worth, described a total solar eclipse to The Messenger as “it’s when the moon is directly between the sun and the earth. We are following in the moon’s shadow for a small period of time,” Fox said in a phone interview.

In general, this is when the moon passes between sun and Earth – blocking out all of the sun temporarily.

Those within the path of totality will see the total eclipse, where the moon will fully cover the sun for a few minutes. According to NASA’s eclipse website (eclipse2017.nasa.gov), the totality will begin at Lincoln Beach, Ore. at 11:05 a.m. CST and then continue to travel through Oregon, Idaho, Wyoming, Montana, Nebraska, Iowa, Kansas, Missouri, Illinois, Kentucky, Tennessee, Georgia, North Carolina and South Carolina. The total eclipse will end near Char

“It depends on exactly where you are as far as how much of the eclipse you will see. For us here in Texas, it’s somewhere between 70 to 83 percent. A good chunk of us will be able to view the eclipse,” Fox said during the interview. “It’s pretty much going from coast to coast. A lot of the country will be in the path of the eclipse and many people will travel to go see it.”

Cloud coverage on Monday, Aug. 21 will affect the viewing of the eclipse. The forecast for Grapeland on Monday is partly cloudy with a high of 92.

“I think a lot of people will be curious if they will be lacking cloud cover that day, so we are going to be forecasting clouds,” Fox said.

However, it is not safe to view the eclipse with the naked eye, Fox said.

“You need to be able to watch it safely. The best way is to get the special glasses – that’s going to be your best way to do it,” Fox said. “NASA has a list on their website of approved safety glasses. You need the NASA stamp of approval, that would be highly recommended.”

While it may not seem like a big deal to look up at the sky, Fox stressed the importance of protecting your eyes.

“They are taking the risk of damaging their eyes or permanent blindness. It’s not a good idea to do that on your own,” Fox said.

And as Fox said, “Sunglasses aren’t going to cut it.”

The only acceptable safety glasses are those made specifically for watching the eclipse. To see if your viewers are safe, visit https://eclipse.aas.org/eye-safety/iso-certification.

“Don’t just assume sunglasses are going to protect you. View this thing safely. Tell your kids and grandkids. We definitely don’t want to risk their vision,” Fox said.

Fox also suggested that if the special eclipse safety glasses weren’t available, it is possible to make an “old school eclipse projector.”

Visit NASA’s eclipse website http://eclipse2017.nasa/gov for information on how to build a solar viewing projector, sun funnel, pinhole projector or other viewer. The solar eclipse viewers can be made out of a shoe box or cereal box, for example. Besides the NASA eclipse website, many other websites are available online and on YouTube™ with instructions on how to make them.

Sam Houston State University’s Society of Physic (SPS) Students will host a viewing for the eclipse from noon to 1:30 p.m. Monday, Aug. 21. At the SHSU Observatory in Huntsville. Students, faculty, staff and the community are invited as the club will be handing out free viewing shades to attendees as well as selling T-shirts at the site.

SPS co-president Andre Guimaraes believes seeing an event like this is a once-in-a-lifetime opportunity.

“It is the first total eclipse to happen in America in over 40 years,” Guimaraes said in a SHSU news release. “Here in Huntsville, we won’t see a total solar eclipse, only 70 percent. Even that is more than most people will see in their lifetime.”

No RSVP is required to attend. For more information about the Huntsville event, call 936-333-2711.

The Tyler Junior College’s Center for Earth & Space Science Education (CESSE) will host a “star party” for guests to see the eclipse from 11 a.m. to 3 p.m.

“We will supply the glasses for free while supplies last. They can also purchase tickets for a planetarium show called ‘Totality.’ If they purchase ticket, they are guaranteed the eclipse viewers as well,” TJC CESCE Coordinator Brian Kramer told The Messenger. “We’ve already sold out of the 11 a.m. show but we also have shows at 10 a.m. and 3 p.m.”

The show “Totality” is a look at all the wonders of eclipses, especially total solar eclipses.

“The show also looks back to the period in scientific discovery when general relativity was proven with the photographic recording of a solar eclipse,” the TJC CESCE website’s description of the show reads.

According to Kramer, the show lasts about 40 minutes and includes a live portion where the current solar eclipse is discussed as well. Cost is $5 per person. Children who can share a seat with an adult can get in free.

“I’m really excited. This by far will be the most eclipse that I’ve seen before. I caught the end half of a partial eclipse, but I’ve never seen a solar eclipse from the beginning, but I will on Monday,” Kramer said.

Kramer expects “a couple of hundred to upwards of a thousand” to come out to the TJC CESSE’s star party.

Those who would rather stay inside during the solar eclipse, can watch it live on the NASA eclipse website http://eclipse2017.nasa/gov.

To see what the solar eclipse will look like from your zipcode, visit http://time.com/4882923/total-solar-eclipse-map-places-view/