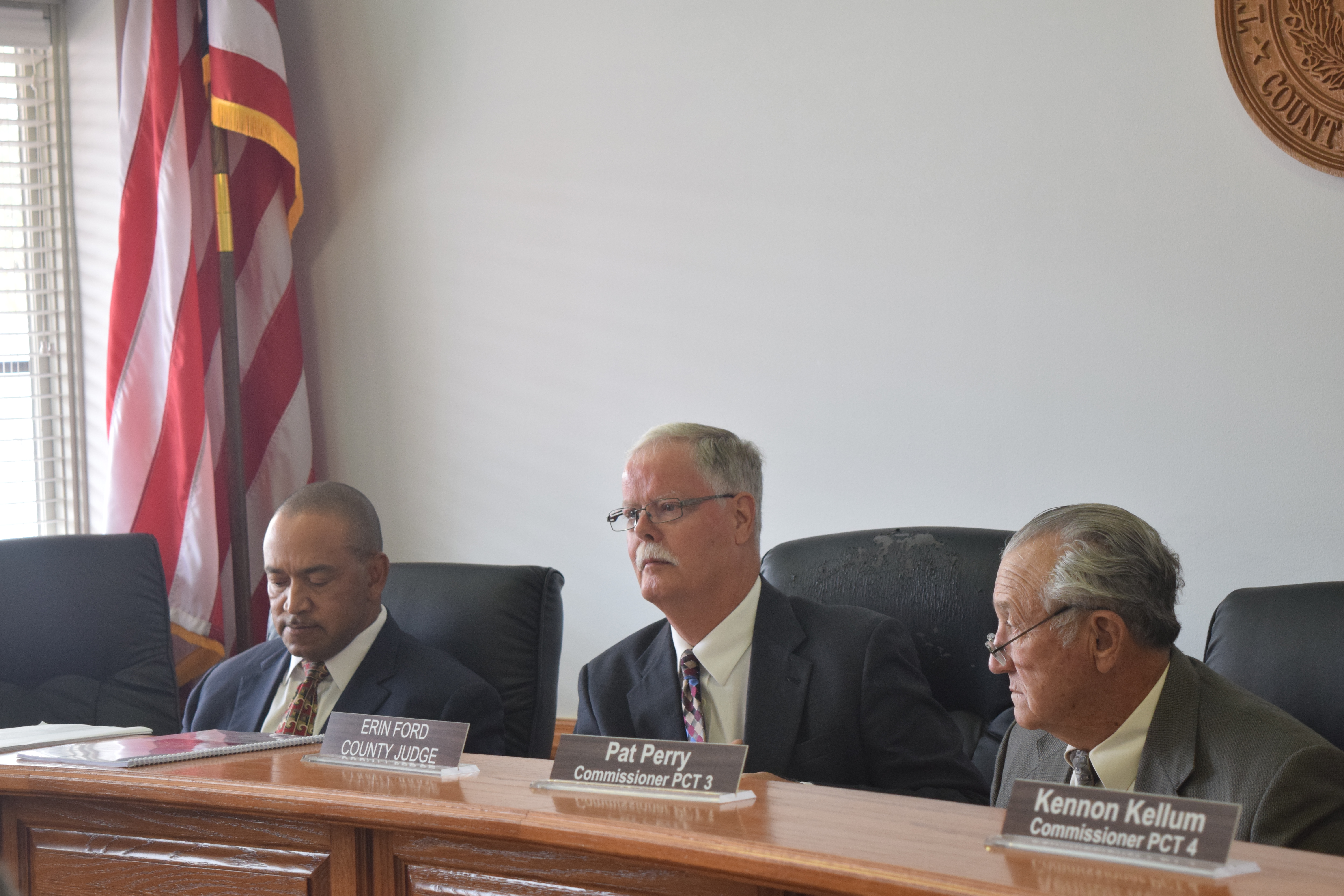 HOUSTON COUNTY – In a letter to various individuals in the local media, dated Oct. 26, Houston County Judge Erin Ford announced his intention to retire on Nov. 22 and cited a desire to spend more time with his family as the reason.

In part, the letter stated, “…I have come to the decision to retire, effective November 22.  I’ve worked hard these last four years and I’m tired. When I took office in 2012, I had just retired from BP, after 38 years working for them.  I want to spend time with my family now.  So, I will remain in office this month until the Commissioners Court appoints my replacement for the unexpired two year term.”

During a meeting of the Commissioners Court of Houston County held on Nov. 8, four of the listed agenda items pertained to Judge Ford’s retirement/resignation. After dispensing with other matters before the court, the judge informed a packed courtroom the agenda would be re-arranged somewhat and the commissioners would go into executive session to discuss his recent decision to leave office.

After 30 minutes behind closed doors, the court reconvened in open session. Once the court session was called to order, Ford guided the commissioners to a discussion about selecting someone to fill his unexpired term in office.

A motion was made, seconded and approved by a 4-0 vote (Ford abstained) to table the selection of Ford’s successor for further consideration.

The next agenda item, as stated, directed the court to, “Accept as information (the) County Judge’s resignation.” A motion to table this matter as well was made, seconded and approved by a margin of 4-0, with Ford abstaining.

With no further business, the meeting was adjourned at 11:23 a.m.

Prior to the court’s decision to table any action on Ford’s resignation/retirement, Houston County resident John Harold Allen addressed the court about the appointment of an interim judge.

“The first thing I want to do is congratulate you for your service to our county and the many fine things you have done. Good luck in your retirement,” he began. “My reason for coming here today is about the appointment of a new county judge. The Precinct Two Commissioner (Willie Kitchen) told me it was going to be one of the past county judges who served in here. I didn’t know if you had a meeting on that, or whatever, but I must have missed that.”

He continued, “The county judge (position) – we’re talking a lot of money here. It’s a two year term and we’re probably talking about a quarter of a million dollars. We don’t need some lame duck sitting in here just drawing the money and not doing anything. We are a poor county, but we do want to make use of the funds we have. We have a couple of good men right here (he said as he gestured towards the commissioners) who would be a good county judge. The Precinct Two Commissioner told me they didn’t want anyone from here. They didn’t want anyone who might want to run for another term.”

He added, “When we talk about the budget, I imagine our county is in debt either $12 or $13 or $14 million. We need some way to work our way out from under this and have a good way to move forward. That’s the public’s money and y’all are representatives of the public. I want to see the right decision made and have something done right and not have someone who’s just here for two years.”

Allen explained whether they wanted to or not some of the commissioners would be capable of doing the job effectively. “I think we need to move forward on that. I think the Precinct Two Commissioner, when he told me who he wanted – I don’t know if y’all have met with him or not – I don’t know. I can see his concern. I know that fellow (Chris von Doenhoff) helped him a lot when he was on economic development by helping him get some land at a minimal cost or hardly any cost and that may be kind of a conflict of interest. All that aside, we need to get someone into office who will conduct business that will benefit the county so we can move forward,”