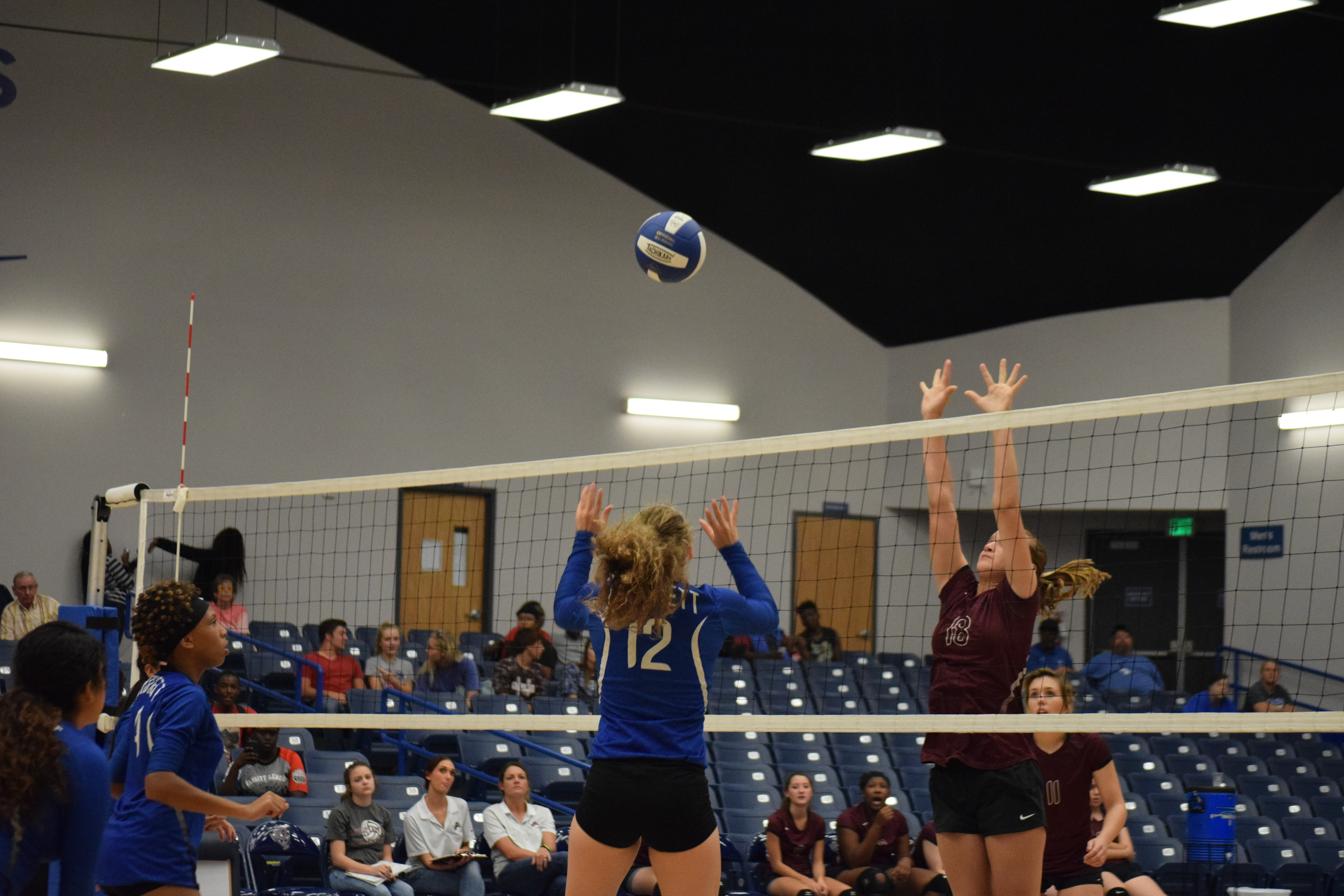 CROCKETT – The Crockett Lady Bulldogs welcomed the Lovelady Lady Lions to the Andrew J. Hopkins Activity Center for a volleyball match on Tuesday, Sept. 6 and sent the visitors back down State Hwy. 19 with a loss after nipping the Lady Lions in five sets, 3-2.

The Lady Dawgs dropped the first set to the Lady Lions by a score of 25-27 but turned around and won set two by a count of 25-22. The back and forth continued in sets three and four as the two teams split with Lovelady winning set three 25-20 and Crockett winning set four 25-20.

With the match even at two sets apiece, a fifth set was necessary to determine the victor. The final set was a reflection of the match as a whole.  The Lady Lions opened up a 2-0 lead before the Lady Dawgs were able to come back and tie the set, 3-3.

After the tie, Crockett 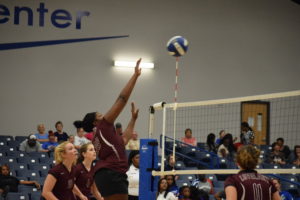 opened up a three point lead at 6-3, before Lovelady came roaring back to tie the set, once again. With the score now 6-6, the Lady Dawgs went on a four point run. The Lady Lions, however, were not going to go away quietly and began to whittle away at Crockett’s lead.

The Lady Lions closed to within two when Crockett Head Coach Karla Gilbert called time out. After the stoppage of play, Lovelady crept to within one as the scoreboard read 11-10. Fortunately for the Lady Dawgs, they were able to re-group and went on a five point run to close out the set and the match, punctuated by an ace from Margaret Gardner on the final serve of the contest.

Following the match, Coach Gilbert commented on her team’s performance. “Overall, we played a whole lot better. I’m starting to see a lot of growth. The girls are starting to pick up as well as to learn from their mistakes.”

With district play set to open on Friday, Sept. 9, the coach was asked if she felt her team was prepared for league play. “Yes, I do. I feel like if they get the job done and apply themselves like I know they can then we will be alright. Health wise, I don’t want to speak too soon, but I feel like we’re in good shape both physically and mentally,” she said.

The Lady Bulldogs opened district play on the road against the Hempstead Lady Bobcats, but as of press time the score was unavailable.

The Lady Lions also opened district play on Friday against the Latexo Lady Tigers, but as of press time the score was not available.