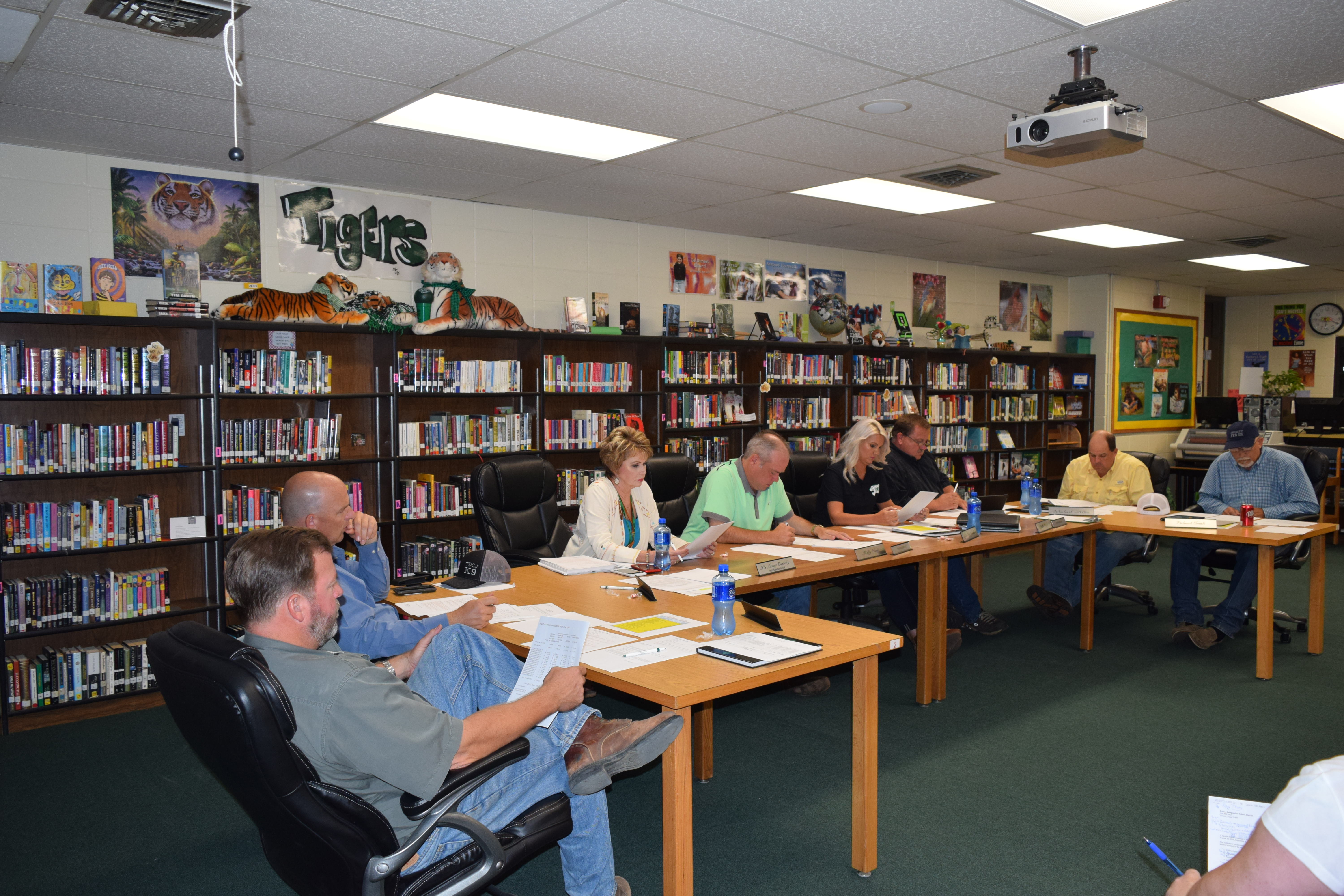 LATEXO – The Latexo Independent School District has a new budget for Fiscal Year (FY) 2019 and it’s based on the same tax rate as last year.

As a meeting of the Latexo ISD Board of Trustees got underway on Thursday, Aug. 30, LISD Board President Kelly Nicol opened a public hearing on the proposed budget for the 2018-2019 school year. No one spoke in favor of or against the district’s financial blueprint so – after 15 minutes – the hearing was adjourned.

A second meeting was convened shortly afterwards as the trustees began discussions on the actionable items on the meeting agenda.

The first order of business pertained to an agreement with the Houston County 4-H.

A motion was made to that affect, seconded and was approved unanimously.

Following the 4-H discussion, the board turned to the district’s financial matters. The first area addressed concerned a budget amendment to the FY 2018 budget.

“This amendment just switches money around for other purposes. We do this every year,” LISD Business Manger Jo Lane informed the board. “We have to keep enough money in Function 11 where if our auditors come in and have to make some journal entries, that’s where it is. It did not change the bottom line.”

Once the FY 2018 budget had been finalized, the board tackled the FY 2019 budget.

The difference between the FY 2018 budget and FY 2019 budget is $516,737. Both Easterly and Nicol stressed the budget cuts from 2018 to 2019 did not contain any cuts to instruction within the district.

Following a lengthy discussion about the coding of security, the FY 2019 budget was approved by the LISD board.

The tax rate reflects $1.04 used for maintenance and operations (M&O) costs while $0.164 will be used for interest and sinking (I&S). The M&O rate refers to the amount of money needed by an entity for operations on a day-to-day basis, while I&S refers to debt service.

In other matters brought before the board in open session: