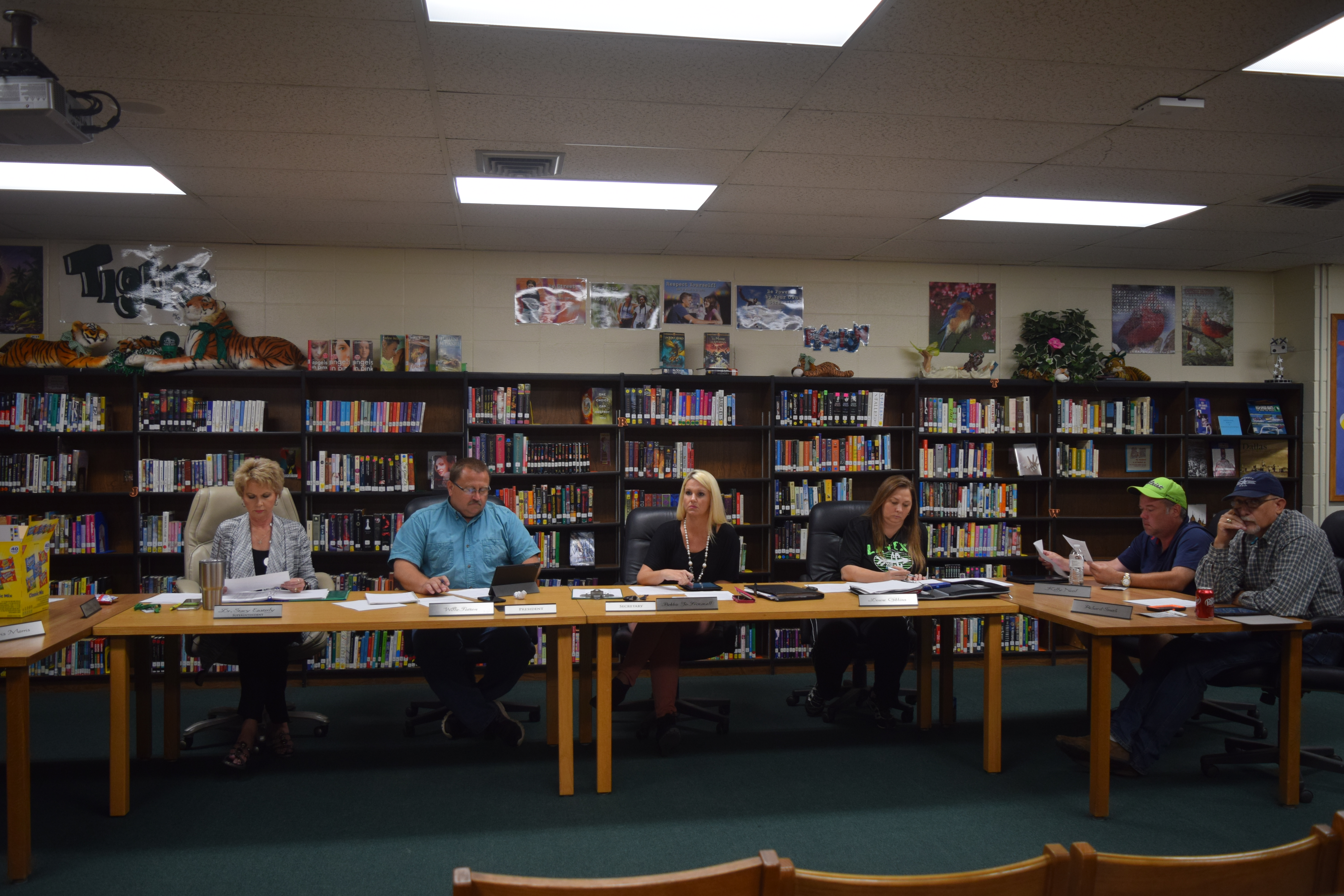 LATEXO – Following a public hearing on the 2016-2017 proposed budget and proposed tax rate for the Latexo Independent School District, the Latexo ISD Board of Trustees held a called meeting to take action on said budget and tax rate.

The hearing was convened at 5:30 p.m. and lasted until 6:00 p.m. During the allotted 30 minutes timeframe, no members of the pubic chose to speak for or against the proposed financial instruments.

After the hearing was adjourned, the formal meeting was called to order by LISD Board President Willie Patton. The first order of business discussed was an agreement with the Houston County 4-H. LISD Superintendent Dr. Stacy Easterly read a letter from Houston County Extension Agent Jo Smith which requested a continuation of an agreement with the district which granted extracurricular status to the 4-H organization. The matter was unanimously approved.

The next listed agenda item pertained to a salary increase of 2.5 percent for teachers who had 20 or more years of service. “We had previously discussed an increase in the 2016-2017 school year for teachers with 20 plus years. A salary increase has been proposed for these teachers and has been added to the budget in the amount of $11,835.67. This increase is 2.5 percent of the midpoint of the teachers’ pay scale. They will be getting the same thing as the other teachers and this is a one-time thing. We will see how it goes next time, but we can do it this time,” Dr. Easterly said.

“By a one-time thing, what do you mean?” Board VP Denine Gibbins asked.

“By that I mean y’all will have to approve it each time for 20 plus year teachers or increase the (teacher) pay scale,” the superintendent replied.

After 20 years of service, a teacher’s salary is capped and teachers do not receive an automatic salary increase based on their years of service. Under Section 153.1021 of the Texas Administrative Code, Commissioner’s Rules on Creditable Years of Service, the minimum salary a teacher with 20 or more years of service may be paid is $45,510. Individual school districts may pay above the minimum requirement by establishing a higher salary schedule but “… in no instance may a school district pay less than the state base salary listed for that individual’s years of experience,” the Texas Administrative Code states.

The salary adjustment for the long time teachers was unanimously approved.

As the meeting continued, Dr. Easterly addressed the 2016-2017 budget. “As you can see, it is a balanced budget. If you want to look at the comparison between the 2015-2016 original and the new budget, 90 percent of the changes are due to salary. We have had fluctuations in personnel units and the amount they make. Any of the cuts that were made so we could do certain things for the teachers did not come out of anything instructional. Everything was non-academic. Another difference is the athletic department is up due to salaries. We had discussed adding 10 days for the cross country and volleyball coaches because they were not (previously) paid for those days in August when they were here. Now, after working with Coach (Ray) Stanfield, the stipends are all even for head coaches and assistant coaches. They were not before. Some got more and some got less but we evened those out so everyone was receiving the same amount.”

A few more minutes of discussion followed before the board unanimously approved the 2016-2017 (balanced) budget in the amount of $5,166,456.