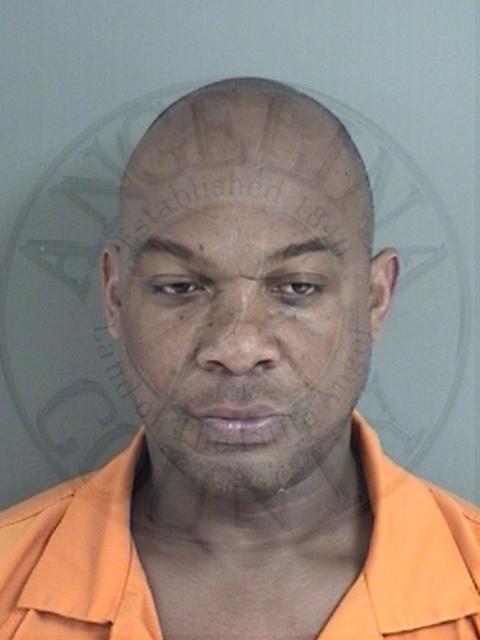 HOUSTON COUNTY – The jury in a 2019 murder trial came back with a verdict of guilty Wednesday, Oct. 26. Tyron Dwuan Mark had been arrested and charged with the murder of Cadarius Dysha Williams in 2019 in the Tadmor area.

The trial began Wednesday, Oct. 19 in the downtown Crockett courthouse with District Attorney Donna Kaspar leading the prosecution. The lawyers wrapped up Tuesday, Oct. 25, but the jury paused its deliberation that evening and came back with the verdict the next morning.

The first few witnesses included the doctor who performed the autopsy, the resident who originally found the body and Sergeant Mike McCreight from the Houston County Sheriff’s Office who investigated the murder.

The testimony revealed the murder might well have gone unsolved had circumstances been different. A Houston man who owns property in the area happened to be doing yard work that Feb. 1, 2019 when he heard someone shoot a weapon several times. He was an experienced enough hunter to know the shots came from a pistol and understood their general direction and distance.

He got in his truck and went down the road to make sure his neighbor was alright when he saw William’s body by the side of the road. The resident drove further until he had a better cell phone signal and called 911. The tape of that call was played on the first day of the trial.

Had that resident not been there – or been operating some machinery and not heard the shots – the body might have lain there for some time and the trail gone cold.

“There was a connection with the defendant to that area as his mother goes to Simpson Chapel Church, and he basically went near there and into a wooded area. But he really thought it would be nice and secluded – and about the time we figured out what had happened, he would be long gone,” Kaspar said.

Investigators were able to quickly identify the man after his cell phone rang in his pocket. They were able to find family members, possible leads, and even pictures they could further look into.

They decided to take a chance and look for video surveillance from several area businesses which led them to trace the suspect car all the way to Lufkin.

Latexo ISD Police Chief Ryan Martin was with the Houston County Sheriff’s Office at the time. He also worked the case and was called to testify. Law enforcement had identified Mark as a potential suspect and went to Lufkin to speak with him.

“We just went over to talk to him,” Martin explained. “We were suspicious of him because of some things we had heard, but we didn’t have a warrant or anything – we just wanted to talk. As soon as we got there, he took off in a vehicle.”

After authorities caught up with Mark they did get a search warrant – recovering the murder weapon and other crucial evidence.

Martin noted the case seemed to fall into place – from the fresh crime scene to the video footage of the accused’s vehicle tracing his movements to and from the murder scene.

“I just feel like we were blessed,” Martin said. “So many things fell into place. I have worked a lot of murder cases but this one was hard on a personal level. This was a kid, really. He was basically taken out into the middle of nowhere and executed.”

McCreight agreed this case took a personal toll with investigators determined to bring the killer to justice.

“When I retire, this will probably be the case I remember best,” McCreight said. “It was special to all of us because a young man died the way no one should ever die – killed by his mom’s boyfriend – who he knew and trusted. It was a very sad case. It touched all our hearts and we worked hard on it and were able to solve it and get justice.”

Mark will face sentencing Dec. 11 and faces between 15 and 99 years in prison.