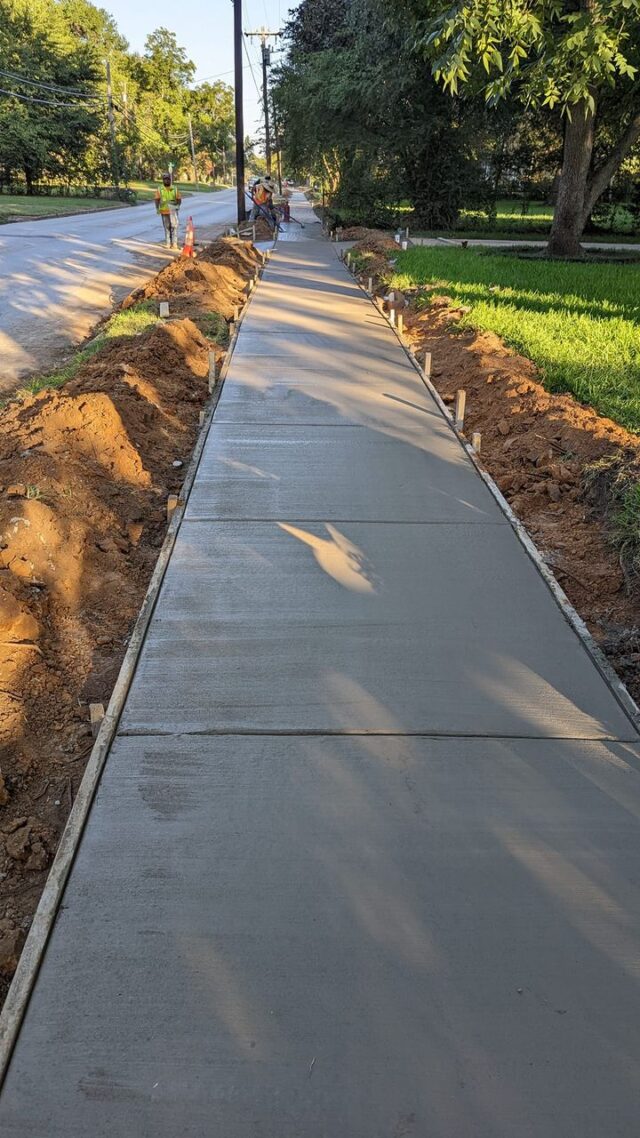 CROCKETT  –  The work going on down Goliad Street as you head Eastbound coming from downtown is being funded by a grant from the Texas Department of Transportation in order to expand walkways to connect communities in the city.

Crockett City Administrator John Angerstein said the city applied for the money almost three years ago – but approvals took longer than expected and the work only recently got under way.

“The grant was called the ‘Safe Routes to School Grant,’” Angerstein explained. “We also applied for the subdivisions along West Austin trying to tie them to the school. That got turned down because – within the scope of the grant – they would not pay for a crossing to go over the railroad tracks on West Austin. They also would not allow sidewalks leading to the tracks.”

The city hoped to tie several neighborhoods together – giving children and walkers a chance to walk more of the city on the new sidewalks.

“We were trying to tie in all the neighborhoods around East Houston Avenue, down Grace Street and East Goliad – and connect those neighborhoods with our downtown and with our commercial district,” Angerstein said.

The city had higher hopes from the grant money, applying to add sidewalks to several different parts of the city.

“We were also trying to put sidewalks around Lewis Circle and extend the sidewalk down Martin Luther King Junior Boulevard,” Angerstein said.

“Due to lack of funding, the state only approved a portion of the grant. The only part of our application that survived was the part on East Goliad. They expect to be finished this month – maybe in a couple of weeks,” Angerstein said.