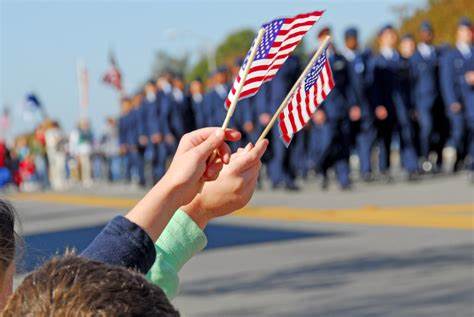 EAST TEXAS –   Our kids and grandkids will read about the events of Sept. 11, 2001. They will see videos of that day. They will come to learn much more about its causes and judge our response to it in ways we cannot.

To mark the 21st anniversary, the City of Crockett held a memorial ceremony at Downtown Park. Look for pictures and a full report of this ceremony in our Thursday edition.

It was a day that has lived in infamy, to be sure. You just had to be there to really understand what that day meant.

Anyone over the age of 30 remembers exactly where they were. It is burned into their memory. The phone rang telling you to turn on the television. “What channel?” you said. “Every channel,” came the response.

At first one thought about pilot error. Some mistake in navigation. Fog, perhaps? How could you not see the tallest buildings in New York?

Slowly, the meaning of these attacks became clear. Someone said they hit the Pentagon, too. The Pentagon? They hit our Pentagon?

As we all watched, lives were lost before our very eyes. People jumping to escape the fire, smoke and intense heat.

Seeing the heart of our country struck in such a way. Seeing the people in New York with terror and disbelief in their eyes. Running without knowing where to run.

The rumors we heard. Someone said there was a car bomb at the Supreme Court. Another heard the Golden Gate Bridge was no more.

When finally we watched those towers come down in a hail of smoke and debris – only then did it finally hit home. The world would never be the same again. Not for us – and not for those who were behind these attacks.

Grown men stood with tears in their eyes. Parents and grandparents rushed to phone far-away loved ones just to make sure they were safe. The entire airline industry was grounded in a matter of hours.

Would there be more attacks? What should we do to protect our town? Workers in high-rise buildings across the country were rushed to basements and parking garages.

In the aftermath of 9/11 and its more than 3,000 victims, Americans pulled together in a way that today seems impossible. You smiled at strangers. People would stop each other and just talk. Flags were everywhere. People collected water and gave blood.

Once that dust had settled, we became angry. We determined to find the people responsible – and not just find them – but make sure nothing like this would ever happen again.

Young people didn’t ask questions of the recruiters – they just signed the paper with steel in their eyes.

This Sunday marks the 21st anniversary of those attacks. Most of us don’t think about it much anymore. With the coming anniversary, suddenly the memories of that day flood back. The anguish, the tears – the anger.

History will judge whether the response to 9/11 was too much or not enough. That is for the next generation. Reading again about that day also reminds me of one of those heroes. The phrase, “Let’s roll!”

If this country could somehow recapture the spirit of the months after 9/11 – maybe we could heal some of the divisions of our time. It should not take an attack like that to remind us that we are all Americans. We all live in this same space for a very short time. We breathe the same air, love our families and all bleed red.

Early Voting to Start April 23 for May Election
Crockett ISD to Induct Four into Ring of Honor
Crockett, Palestine Mayoral Races Contested
Please follow and like us: