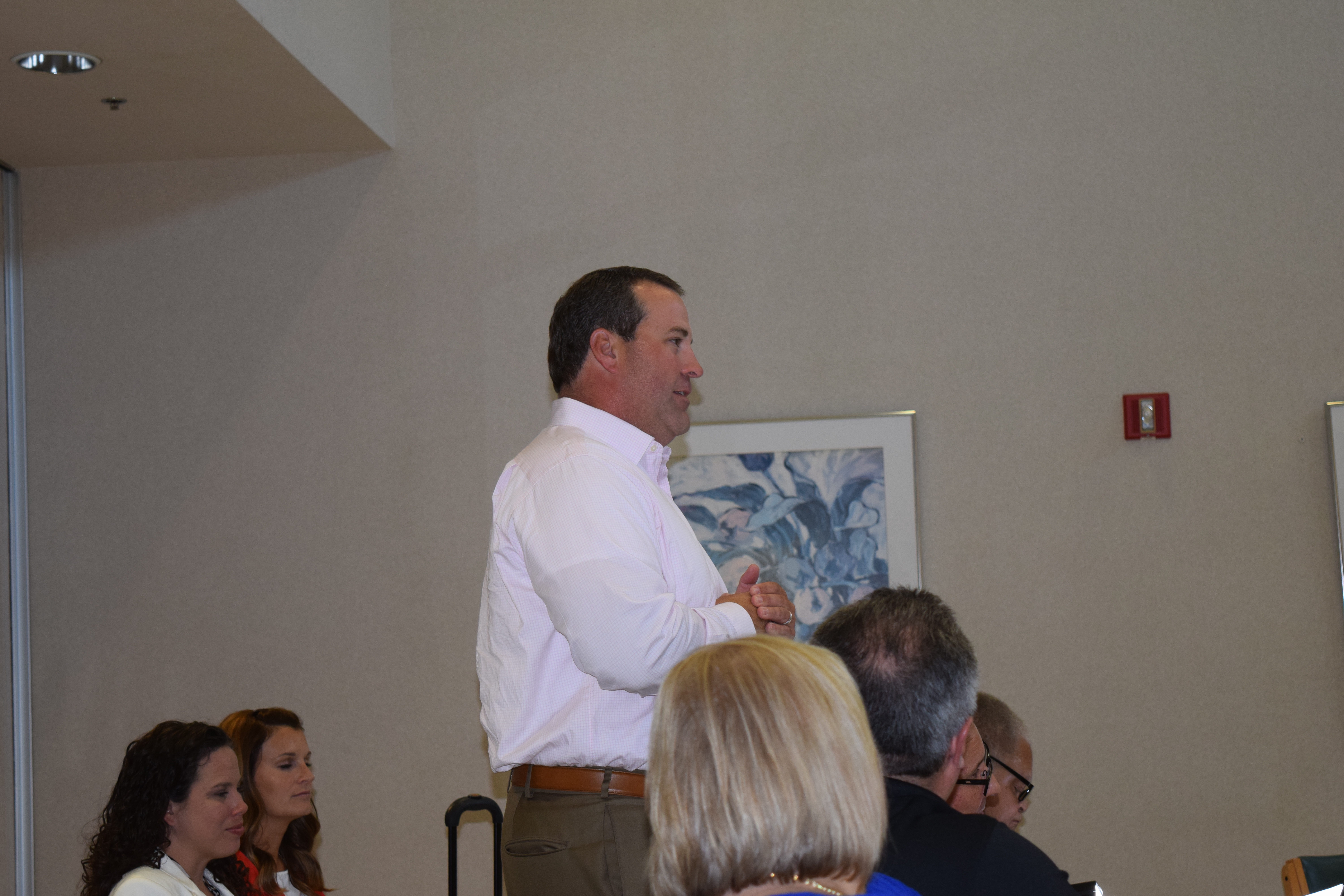 Instant Karma’s Gonna Get You

TYLER – In 1970, John Lennon released a song entitled “Instant Karma.” The first two lines of the song state, “Instant Karma’s gonna get you. Gonna knock you right on the head.”

While karma wasn’t instant in the case of former Little River Healthcare CEO Jeff Madison, it sure knocked him right on the head late last week when the Department of Justice announced criminal charges against him and 35 other defendants in 13 federal districts across the United States.

For those who are unaware of Madison’s history in Crockett, a quick synopsis is in order.

The search yielded several strong candidates and after performing their due diligence on the providers, the HCHD Board decided on Little River Healthcare (LRH) who established and renamed the hospital Timberlands Healthcare.

During an HCHD Meeting held on Sept 27, 2016, the contracts and other supporting documents were signed to formalize the deal, with LRH CEO Jeff Madison in attendance.

At the time, Madison remarked “I just want to say again how honored we are that you guys chose us to join with you. I would like to commend the Board publicly for the efforts you put in salvaging and saving healthcare for Crockett, when you took those steps so many months ago. I can only imagine how many sleepless nights you had as you envisioned what you had done here and ultimately what it would take to lead to the larger success of this hospital. We are honored again to partner with you, at this point, to continue what you began and we want to be a major resource for this community. We hope the community will continue to take pride in this facility and we are very thankful to be a part of it. Thank you for all of your efforts. This isn’t the end of your effort, it’s just a new chapter but we can definitely see a very positive light at the end of the tunnel, based on what we have experienced, up to this point. The future is very bright. I think this time next year, we will be looking back at this year and celebrating a lot of good things.”

Fast forward to June 21, 2017 – not even a full year later – when LRH informed the HCHD Board members it would end its affiliation with the Timberlands Healthcare in nine days.

A day later on June 22, Madison held a meeting with the entire hospital staff where he announced LRH would effectively be locking the doors at the end of the month.

A week later in 2017, another meeting was held by the HCHD where several Timberlands’ employees stressed the current situation was not the fault of the Crockett hospital but rather the incompetence shown at the corporate level of LRH.

The Timberlands closure resulted in the loss of nearly 200 jobs and caused a roughly $40 million dollar impact to the Houston County economy, according to some estimates.

Fast forward once again to 2022 and it seems karma has made its appearance.

In a press release from the Department of Justice U.S. Attorney’s Office for the Eastern District of Texas, it was stated 21 individuals, including doctors, laboratory executives, hospital executives, and marketers have been charged for their involvement in healthcare kickback and money laundering conspiracies.

In addition, Madison and 17 others were indicted for conspiracy to commit illegal remunerations in violation of the Anti-Kickback Statute.

“The Anti-Kickback Statute prohibits offering, paying, soliciting, or receiving remuneration to induce referrals of items or services covered by Medicare, Medicaid, and other federal health care programs.  The defendants were charged for their roles in a conspiracy through which physicians were incentivized to make referrals to critical access hospitals and an affiliated lab in exchange for kickbacks which were disguised as investment returns; and in which marketers were incentivized to order, arrange for, or recommend the ordering of services from critical access hospitals and an affiliated lab in violation of the Anti-Kickback Statute,” the DOJ press release stated.

In the DOJ statement, it was explained that two Texas critical access hospitals, Little River Healthcare (LRH) based in Rockdale, Texas, and Stamford Memorial Hospital based in Stamford, Texas, partnered with Boston Heart Diagnostics (BHD), a clinical laboratory based in Framingham, Massachusetts, which specialized in blood testing.

“For a fee, BHD allowed the hospitals to bill their blood tests to insurers as purported hospital outpatient services, with the hospitals charging insurers a much higher rate than BHD could receive as a clinical laboratory,” the press release indicated.

The hospitals utilized a network of marketers who in turn operated management services organizations (MSOs) that offered investment opportunities to physicians throughout the State of Texas.  In reality, the MSOs were simply a means to facilitate payments to physicians in return for the physicians’ laboratory referrals.

The DOJ went on to state, “Pursuant to the alleged kickback scheme, the hospitals paid a portion of their laboratory revenues to marketers, who in turn kicked back a portion of those funds to the referring physicians who ordered BHD tests from the hospitals or from BHD directly. BHD executives and sales force personnel leveraged the MSO kickbacks to gain and increase referrals and, in turn, to increase their revenues, bonuses, and commissions.  Between July 1, 2015, and January 9, 2018, at least $11,256,241.68 in illegal kickback payments were exchanged by the defendants in furtherance of the conspiracy.”

A complaint, information or indictment is merely an allegation, and all defendants are presumed innocent until proven guilty beyond a reasonable doubt in a court of law.