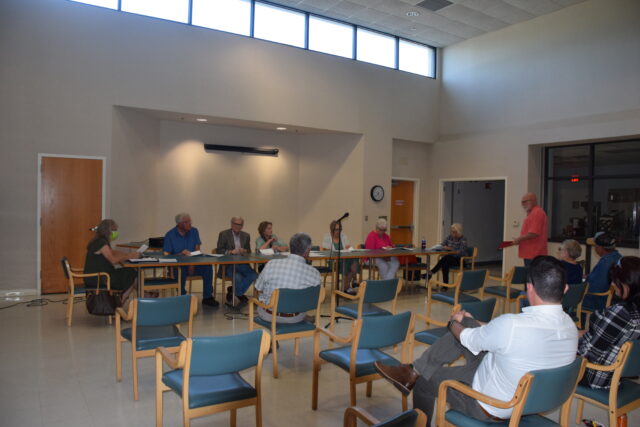 HOUSTON COUNTY – The owners of Crockett Medical Center (CMC) have formally announced their intention to renew the hospital lease with the Houston County Hospital District (HCHD). The announcement was made during a meeting of the HCHD Board of Directors held on Tuesday evening, July 19.

HCHD Board President Barbara Crowson opened the lease discussion and said, “I’m handing to each of the board members my letter to Dr. (Kelly) Tjelemand, the owner (of CMC) and lease holder. I reminded him on June 17, as per our lease agreement, the tenant was to provide written notice of intent to extend the term of the lease. We are required to get that information at least 180 days before the expiration of the lease, which is in January.”

Crowson explained the owners had the option to renew the lease four more times in 5-year increments.

“His answer to us is here. He says, ‘Per Article I, Section 14, the hospital lease effective Jan. 16, 2018. This letter serves as 180 days of formal notice of intention to renew the lease. This letter serves as intent that Crockett Medical Center will begin negotiations of potential revisions to the lease agreement,’” Crowson said.

She added, “I have spoken with our attorney and this letter is viable and binding. So, we know now he intends to extend the lease when it expires in January.”

Prior to the lease discussion, Cassie Gallaway, the Operation Supervisor at Houston County EMS reported there were 312 calls for service in the month of June, with 208 patient transports. Gallaway also indicated the air rescue was requested 46 times and made 16 flights.