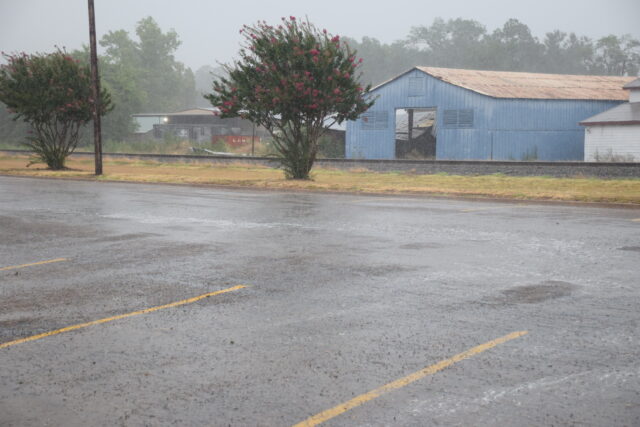 Apparently, The Answer was Thursday

HOUSTON COUNTY – In 1992, Jesse James Dupree – the front man for the rock group Jackyl – penned the lyrics for a song entitled, “When Will It Rain?”

All summer long, people across the state of Texas have been asking that very same question. Well, on Wednesday evening in Anderson County and Thursday morning in Houston County, the answer was delivered. IT RAINED!!

After the temperature reached a scorching 106 on Wednesday, July 13, it dropped down into the low 80s/high 70s on Thursday morning, before climbing back into the 90s by the late afternoon. Talk about a nice break!

Now, don’t get too excited. The temperatures are expected to climb back in to the triple digits by Sunday and remain above the century mark for at least the next 10 days. The outlook for rain over that span is, unfortunately, fairly bleak as the forecasters at The Weather Channel predict the best chances for rain will be on Thursday, July 28 with a 25 percent possibility.

Still, the rain on Wednesday evening/Thursday morning was a welcome relief. Maybe, just maybe, the strange stuff falling out of the sky will catch us all by surprise once again, sooner than later.