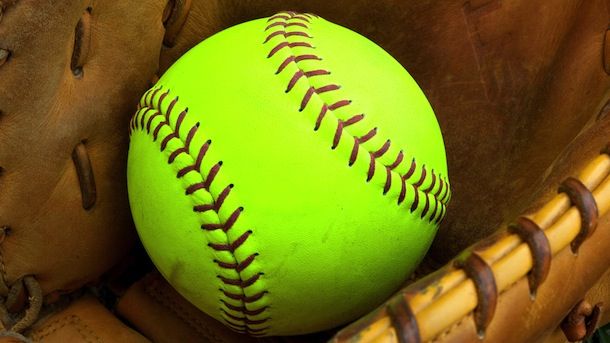 GRAPELAND – The Grapeland Sandiettes welcomed the Centerville Lady Tigers to Sandiette Stadium on Tuesday, April 12 for a District 25-2A matchup.

It was Senior Night for Grapeland and let’s just say things didn’t go the way the Sandiettes had hoped. The Lady Tigers plated nine runs in the first inning and while the Sandiettes managed to cut the lead in half, they could never quite catch the Centerville squad as they fell by a final of 14-5.

Jaycee Graham was in the circle for Grapeland and while she struggled at times, the defense behind her didn’t do her any favors.

Rebecca Wilson led off for Centerville, drew a walk and promptly stole second. Graham struck out Keyonna Holley but an outfield error on a Casey Brent liner allowed Wilson to score while Brent took second.

With Sammi Free at the plate, a passed ball moved Brent to third. Free eventually walked and moved to second on defensive indifference. Camdon Crowley came in as a courtesy runner for Free and moved to third when Kaylee Brent doubled into left, while Casey Brent scored.

Ruggin Rivenbark was up next and reached first on a dropped third strike. On the play, Crowley scampered home to make the score 3-0. An infield error allowed K. Brent to score while Rivenbark stole second.

Another error allowed Wynter French to reach first base and when Kameron Denman beat out a bunt, the Lady Tigers had the bases loaded. Graham, fortunately, regained her composure long enough to fan Kaleigh Charanza for the second out.

That brought the top of the order back up to bat and Wilson delivered a single to left to drive in Rivenbark and make the score 5-0. Holley came up to bat for the second time in the inning and for the second time she reached on an outfield error. This time, however, the error cost the Sandiettes three runs as French, Denman and Wilson scored to make it 8-0.

Holley moved to second on the play and scored when C. Brent slapped a single past short. Graham, however, finally managed to get out of the inning when Free struck out, but the damage was done as Centerville led 9-0 after the top of the first.

In the second, things started out like the first. K. Brent and Rivenbark led off with back-to-back singles, but Graham retired the next three batters she faced to end the Lady Tigers’ threat.

When the Sandiettes came in from the field, they trimmed the Centerville margin to 9-2. Haley Boehm reached on an error and moved to third when Graham hit a ball to right that was misplayed.

Anna Cutshaw was up next and ripped a double into center to drive in both Boehm and Graham. That was all the Sandiettes could muster, however, as MaKenna McCombs grounded out back to the circle while Dalli Jones and Kiley Corpus both struck out.

After Graham held the Lady Tigers scoreless in the third, Grapeland would slice another run off of the Centerville lead. MaKayla McCombs led off for the Sandiettes and was hit by a pitch. She moved to second on a wild pitch and took third on a passed ball with Terry at the plate. Terry would ground out to short while Cunningham, who was up next, popped up to the circle.

Boehm followed in the order and ripped a shot up the middle that was booted for an error. McCombs raced home on the play and crossed the plate to make the score 9-3. Graham and Cutshaw both walked to load the bases with two outs, but MaKenna McCombs grounded into a 1-2 force at home to end the inning.

A quiet fourth gave way to the fifth where Centerville got a run back to make the score 10-3. Grapeland cut the score to 10-5 in their half of the fifth but that was as close as they would get as the Lady Tigers plated four runs in the sixth to make the final score 14-5.

Sandies Come up Short in Ho.Co. Holiday Tournament
Crockett Hammers Westwood, 56-16
Holcomb Moves into Round of 16 at US Amateur