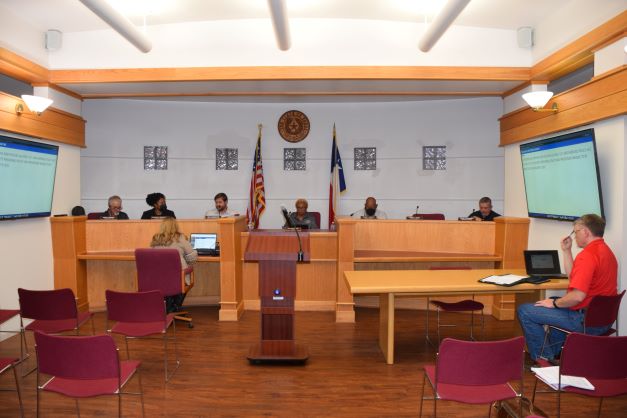 CROCKETT – Policies and procedures were on the agenda during the Crockett City Council meeting held on Monday evening, Feb. 7.

Crockett Mayor Dr. Ianthia Fisher called the meeting to order at 6 pm and with no public comments from those in attendance, Dr. Fisher moved the council into the actionable item portion of the agenda.

The first area addressed by the council concerned the personnel policy and procedure manual. City Administrator John Angerstein indicated a few policy areas had been reviewed by the city’s legal counsel and were now ready for approval by the council.

The city administrator explained the police department had previously been on a 28-day pay period, but with the council’s approval, it would now move to a 14-day pay period.

The second area pertained to continuing education for city employees.

“We do pay for continuing education and secondary degrees. We have made a couple of changes to the policy based on grade level. This one is now passing/not passing, as to when we will reimburse,” he said.

The mayor added, “I’m glad to see the educational assistance program is back in place. You don’t do very well without an educated staff.”

Once the policy matters portion of the session concluded, a lengthy discussion on the possibility of implementing community advisory committees in each council precinct was held.

According to information provided before the meeting, “The community and precinct advisory committee is charged with reviewing projects and programs that are identified by the city council and staff that will assist the city with maintenance and revitalization programs designed to maintain residential and commercial property values throughout the city. The committee will review and provide recommendations to the city council regarding community code, beautification and neighborhood revitalization programs and other initiatives, such as yard-of-the-month. The committee will function as an advisory and recommending body to the city council and will have no role in enforcement or inspection activities, which are the responsibility of duly-authorized city staff.”

The discussion was merely for informational purposes and no action was taken on the matter.

Following the advisory committee discussion, the council awarded two bids for work in the city. The first bid awarded was to Brother’s Construction for concrete construction projects. The second bid was awarded to Crockett Construction for the demolition of the pavilion in Davy Crockett Park.

The pavilion is in a state of disrepair and poses a safety hazard, according to Angerstein. The demolition will clear the way for the proposed expansion of what has been called an “aquaplex.”