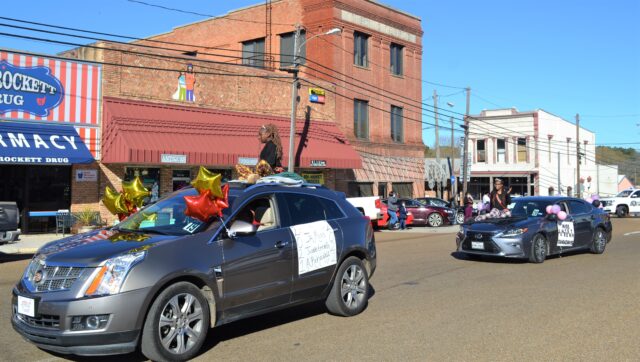 CROCKETT – After a cold and windy weekend, the unpleasant weather took a hiatus in time to cooperate with Crockett’s Martin Luther King Day festivities Monday morning.

“Unity in the Community” was the theme for this year’s celebration. The day kicked off with the annual parade around the square and down to Davy Crockett Park where the celebration of Dr. King’s life and influence continued.

The bill to create Martin Luther King Day was sponsored by Senator Ted Kennedy and passed the Senate in October of 1983. The following month, President Reagan signed it, establishing the Third Monday of every January as Martin Luther King Jr. National Holiday, beginning in 1986.

Martin Luther King, Jr. Day is the only national holiday designated as a National Day of Service to encourage all Americans to volunteer to improve their communities, according to the corporation for National & Community Service.

Crockett High School band, multiple businesses, civic organizations, clubs, churches, car clubs, and trail riding clubs all participated in the parade. Attendance was high for the park festivities, and the beautiful weather and various food and crafts vendors made for a fantastic event.