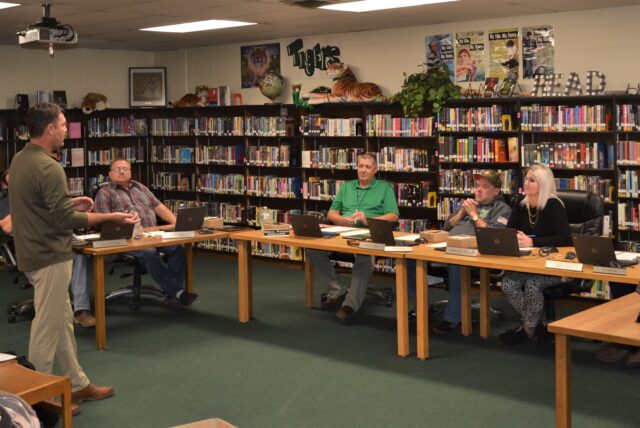 LATEXO – Latexo ISD board members met in a regularly scheduled meeting on Thursday, January 13. During the meeting, the board received a construction update from Stephen Berry with Berry & Clay Construction. According to Berry progress is going well on the high school and elementary school projects. “We got the last pour of the concrete for the foundation for the gym today,” said Berry. “What we lack is the front porches and the stairs and the side porches that we’re going to start on next week.” Metal building is scheduled to arrive on January 21st, and crews will begin erecting the vertical components immediately. Berry also acknowledged the difficulty regarding shipping and said that the long lead items were being ordered ahead of schedule to offset the extended delivery times. “We may not be ready for some of what we’ve ordered, but I don’t want to not take it,” Berry said.

Positive reports were received from campus leaders. Latexo has had a small number of students and staff out, most due to illnesses other than COVID-19, and is one of the only local schools that has not been forced to close in recent days. According to one campus leader, however, finding substitutes is becoming more difficult as illness has hit the pool of substitutes as well.