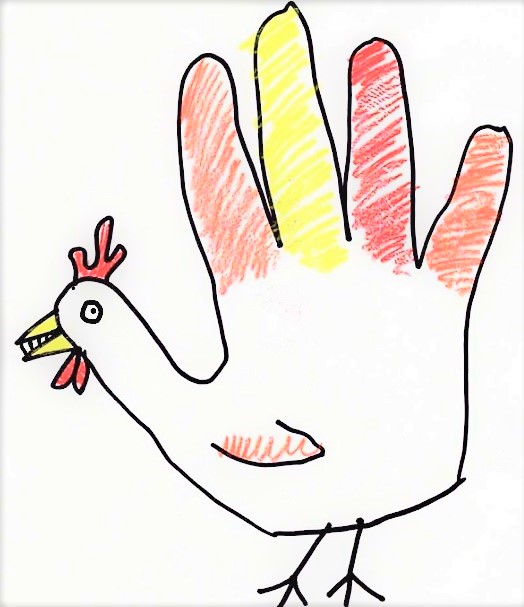 I Hope Y’all Saved Some Room…

EAST TEXAS – Thanksgiving is upon us. There is no cushion between “now” and the holiday during which many of us will partake of mass quantities of ageless, timeless family recipes. Many more will slog through the event while Cousin Phyllis attempts to recreate Gordon Ramsay’s latest masterpiece, but for the bulk of us, there will be no surprises. We will celebrate and embrace Grandma’s Turkey and dressing, mashed potatoes, broccoli and rice casserole… heck a whole gaggle of casseroles – green bean casserole, sweet potato casserole, corn casserole, and a huge bowl of homemade mac & cheese that may as well be a casserole. The gravy will be the necessary lubricant that will allow it all to pack down tightly so we can either layer up another plate or slip over to the dessert table.

Oh, my word. The dessert table. The annual smorgasbord is still a few days away and I already feel like the Stay Puft Marshmallow man.

The day is for giving thanks. I personally have so much for which to be thankful that my “day of thanks” must run constantly in order to keep up. It’s an overwhelming amount and must be viewed in hindsight to have a chance to properly realize the magnitude of it all, so I try to maintain the thanks every day.

But while the day is about thanks, the stories and memories that decorate the holiday over the years is something that grows exponentially and bears repeating and enjoying.

We all have stories. Having families and friends come together for a grand annual event practically ensures that the stories will be numerous – good or bad… though even the bad ones have been known to morph into funny recollections given enough time.

For me, the Thanksgiving memories are pretty much all good ones. When I was a kid, I’d go through the chow line at my grandparents’ house – Granny and Paw Paw as they were known – then head to my special seat in the hallway where I ate with my brother and cousin – Lamar and Dave as they were known. We always thought it was humorous that we ate out in the hallway. I assumed it was because the grownups thought we could do the least damage out there. I still don’t know if I was right, but it seems to have been the right choice given all the food we dropped, threw or spit over the years. Our special table was an old folding card table. It was brown and tan and had a large checkerboard in the middle, with our names prominently carved into several of the lighter colored squares. Thinking back on that table, I’d give anything to have it displayed on a wall in my house. Surely at this point it resembles fine art.

I think my favorite part of Thanksgiving back then was waiting on the adults and other assorted guests, especially those who didn’t regularly attend Sunday lunch at my Granny’s house, to have their first sip of tea.

Allow me to explain.

The tea was fine. It was dark and it was sweet. Possibly my favorite of all time. That royal liquid was never the problem. The problem lied with the ice.

Granny didn’t have an ice maker. Not many folks did back in the early 70s, so she had an ingenious idea that would ensure plenty of ice for the festivities. During the week, Granny would begin filling the Mason jars with ice, then putting them back in the freezer. It was brilliant. Ice for everyone. Unfortunately, Granny never factored physics (or whatever science) into the equation, and as such she would fill the Mason jars so that the ice was about an inch, maybe two, above the rim of the glass. This is not a problem if you’ve just filled your glass with ice… but putting that glass back into the freezer causes all those individual ice cubes to form one giant, glass-shaped berg.

Those of us who were familiar with Granny’s ice trick would exercise caution while taking that first sip. Personally, I found that tipping my head sideways and carefully sipping from an angle gave the best results. But if you didn’t know better, you might approach your tea from the normal head-on angle, and this is where the fun started. See, when your nose hits an unmovable iceberg in your Mason jar, the fulcrum (it’s a scientific term…) changes, and instead of the top of the glass moving forward toward your mouth, the bottom of the glass moves away. Depending on which direction you were leaning, that dark liquid gold would end up down your shirt or pooled in your lap. Neither was fun to experience, but both were fun to watch.

Always sparked a chuckle at the special table. Out in the hall.

But there are a million stories from the family Thanksgivings. There are stories that only involve our family, while other stories are Texas lore… like the “Mad Bomber.” You remember… Roger Staubach got hurt while playing the Redskins in 1974. Clint Longley came in and threw a 50-yard bomb to Drew Pearson and won the game 24-23. I was 8 and I remember it like it was yesterday. It’s probably why I don’t want to miss any football action on Thanksgiving. My brother and I still eat away from the big table. 40 or 50 years down the road, and we now sit in the recliners, eating at least three layers of food on a plate while watching football. Given as much food as we’ve dribbled down our shirts, the card table might need to make a comeback.

My son picked up the mantle. While my daughter seems to enjoy experimenting with different foods, my son is staunch in his defense of all that is holy regarding a Thanksgiving meal. And it’s not so much turkey/dressing/gravy/etc… those parts all seem to be a given. But the young man would sacrifice an arm to ensure the presence of cranberry sauce.

My wife crafted an amazing homemade cranberry sauce one year. It was fabulous. My son almost had an aneurism, not because it wasn’t good, it certainly was, but because certain things are not allowed to be substituted… namely cranberry sauce. Specifically, Ocean Spray cranberry sauce, fresh from the refrigerator, in the shape of the can… carefully sliced into ¼ inch discs, which are to be carefully placed atop a mound of dressing after the gravy has been properly applied. Please – feel free to bring in anything else, but never… ever… at the expense of that gelatinous disc of yummy goodness.

I’m pretty sure we found a can. This year, he has been placed in charge of ensuring the presence of the cranberry sauce. Last weekend he verified three cans. My wife bought an extra one just in case.

Being back in east Texas allowed us to invite the family to our house to host Thanksgiving this year. We’re very excited. My mom will still craft many of the favorites, but we get to take a little off her agenda so she can spend more time enjoying instead of hustling about. I expect there to be a few failures and issues – thank heavens, without those failures there are no good stories to tell later – but many successes as well. The food will be great. Something might get spilled. Whatever. In the end we’ll take a moment to be mindful of all we have to be thankful for, including several who survived in situations where the outcome was questionable. That will be a big part of the day… but I fully intend to laugh until my ribs ache.

I may also set up a folding table in the hallway.