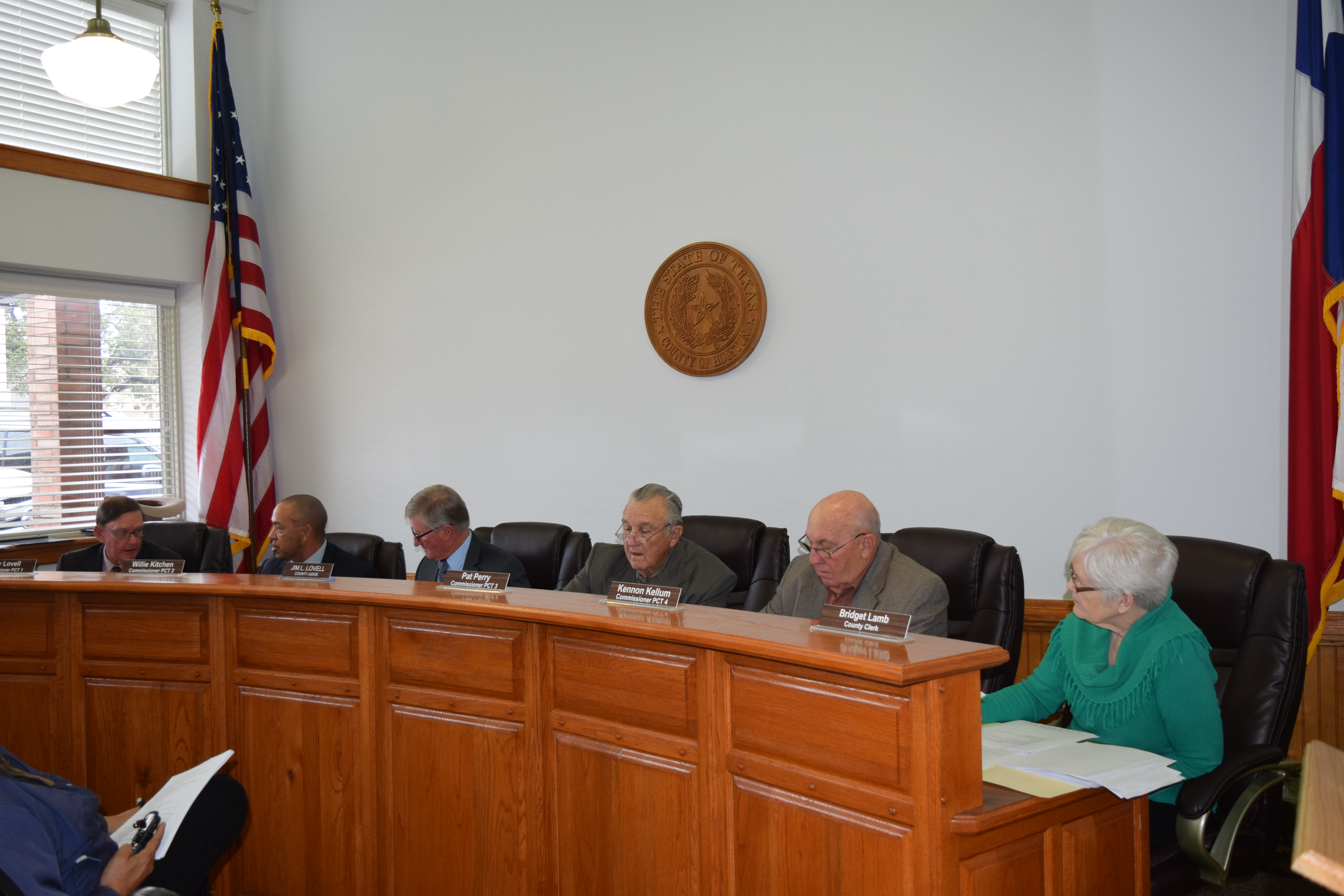 “About two months ago, I met with Rep. Ashby about the RAP material we get from TXDOT because we get such a small amount. There are some counties surrounding us that get more than they can use so I asked him if he could check into the Lufkin District to see if we could get more RAP,” the commissioner said.

Kellum said Ashby called a meeting with TXDOT officials where it was learned very few districts charged their counties for RAP.

“The main guy in Austin decided the taxpayers were paying for this material when it went on the state highways. He said if the counties had to buy it again, the taxpayers were having to pay for it again. So, long story short, he wound up sending a text message to all the districts saying they would no longer charge for RAP materials. I thought that was a good thing our state representative did in helping us out with this material,” Kellum explained.

Before the meeting was adjourned, Precinct Two Commissioner publicly thanked Grapeland City Council member George Pierson for his assistance in the reconstruction of County Road 2210.

“Houston County Precinct Two wishes to express its appreciation for your generous donation of water from your personal property. It was a vital resource during the reconstruction project performed on County Road 2210 during the summer of 2017. For your records, there were approximately 10,000 gallons used which we valued at a cost savings of 2,500 to the tax payers of Houston County,” Kitchen said.