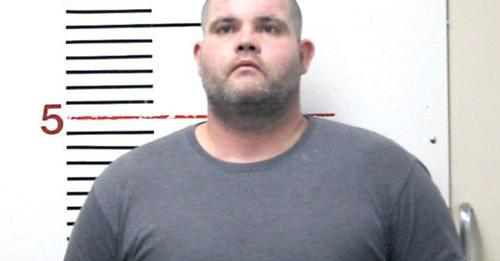 On Tuesday, Nov. 16, Jerry Dwain Torrez entered a guilty plea in the 87th District Court to a capital murder charge stemming from the death of his five-month-old son, Nathaniel.  Judge Deborah Oakes Evans was the presiding judge.

According to reports, the infant was initially brought to Palestine Regional Medical Center (PRMC) Hospital after he fell unconscious at the home of Torrez. Medical personnel examined the child when he was brought in and the examination revealed several broken bones, a fractured skull and internal bleeding.

Anderson County District Attorney Allyson Mitchell said the baby wasn’t breathing when he first arrived at PMRC, but added the PMRC medical staff successfully resuscitated him and then airlifted him to Texas Children’s Hospital. The child remained in the hospital for over a month before he passed away, due to the severity of his injuries, on Dec. 14, 2019.

Following the sentencing, the DA stated, “Nathaniel was in our world for five short months and in those five months he was bitten, beaten and bruised at the hands of someone who should have protected him from all harm. He was an infant and had no way of protecting himself, he had to rely on his father”

Mitchell added, “It is incomprehensible to think that his life was torture. Now that his father has taken responsibility for his actions, he can think of what he did to his infant son day-by-day for the rest of his life.”

The child’s mother, 28-year-old Adalinn Avellandeda, has been charged with injury by omission and is awaiting trial.