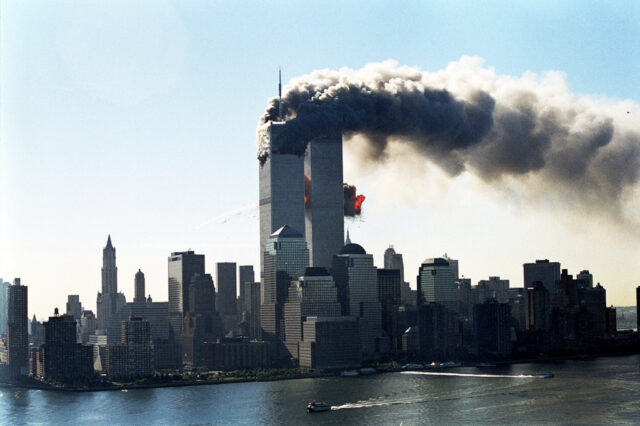 Remembering The Events Of 9/11

Bob Seger made a long and storied career putting words and music to the feeling that time is slipping away at a pace beyond our control. Granted, the most famous or infamous events in history have a way of making time stand-still, which adds a measure of wonder to that notion. We all remember where we were and what we were doing when we heard about the passing of Elvis Presley, or the murder of John Lennon. The assassination of John F. Kennedy, Bobby Kennedy, and Martin Luther King, Jr. marked moments in many of our lives, as did the tragedy at Columbine High School. But very few moments, if any, made the impact in recent history as the tragic events that unfolded on September 11, 2001.

The morning of September 11, 2001 was a “regular day” for most people in this country. I walked into Sullivan Motors that morning around 8:45 a.m. and turned on the TV in the break room. I was about to make a pot of coffee when the picture on the screen came into focus, and I saw the image of the first tower billowing smoke into the Manhattan skyline.

Naturally, I called everyone to come see. In our minds, it was a terribly tragic accident – perhaps a fire had broken out on one of the upper floors. Within a few minutes, someone on the broadcast mentioned the fire was the result of a plane crashing into the tower. Our thoughts changed. Perhaps this wasn’t an accident. So, what, exactly, is happening?

Then, I saw the second plane. Immediately I thought “why would the airspace over Manhattan be open when a plane has crashed into the World Trade Center?” I walked over to the TV, put my finger on the screen and said “That’s not supposed to be there.” About ten seconds later the 4 or 5 of us gathered in that room watched that plane torpedo into the second tower. At that moment, life changed for every American citizen.

Within the hour, two more events took place. Flight 77 hit the Pentagon, and flight 93 saw a few brave souls save what would have, no doubt, been many other lives by fighting back against their hijackers. The United States was being attacked on its own soil by foreign terrorists.

You know the rest of the story. The U.S. fought back. A twenty-year war in Iraq and Afghanistan began, and the war on terror went into full swing.

The parts of that day that immediately flood back are not the sad and tragic pictures of that horrible event, however. When I look back on that day, I recall conversations with people I might not otherwise have been in a situation to have met. It seemed, on that day, everyone I met, local or otherwise, was my neighbor. We were all confused and we were struggling to understand what was going on, but it seemed that everyone knew talking to their neighbor or their friend – even ones they had never met – would be the way to get through it all.

I also recall that almost every conversation I had with a stranger that day ended with a handshake or a hug. The most tragic day in American history had a thin silver lining. People came together.

Locally, we will not forget. At least it seems that way. In 2002, I attended a memorial for the events of 9/11 at a packed Bulldog Stadium in Crockett. It was emotional and patriotic. Every year since, someone somewhere has stepped up to create or host an event to remember the events of that day. This year, former Crockett Mayor Joni Clonts has organized a 20th Anniversary memorial event that will take place at the Houston County Courthouse as well as the Moosehead Café on Friday, September 10 at 9 a.m. Local dignitaries will speak, and a bell will be rung in remembrance. Should your soul need a patriotic uplifting, this will be the place to find it.

We cannot change history. We can look back with 20/20 hindsight and perhaps see how it could have been prevented or altered, but history is just that; it is a documentation of what has happened in the past. Our job is to study it, learn from it, and make a better future.

The only way for that to happen is to never forget.

Jason Jones may be reached at jjones@messenger-news.com.