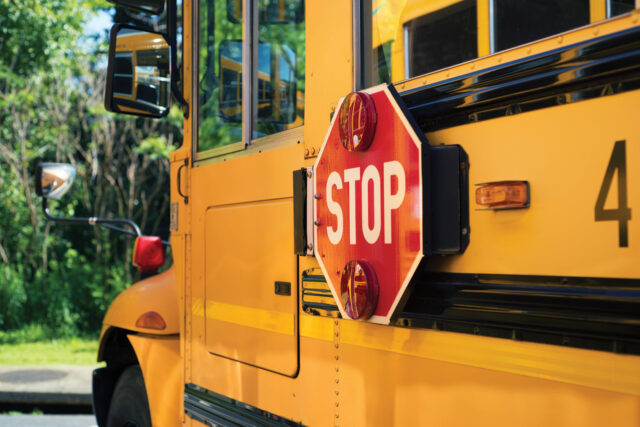 School Zones Will Be Back In Effect Soon

TEXAS – As students prepare to return to Texas classrooms, many Texas drivers will be greeted by a familiar sight during their daily commute. The beginning of the school year signals the beginning of school zones going back into effect across the state.

While school zones may be a mild inconvenience to many, it seems a small price to pay to ensure the safety and well-being of the children in our communities.

When school is in session, drivers approaching Texas schools may encounter some special traffic hazards. Large numbers of children may be present, often walking to and from school facilities on foot. At the beginning and end of the school day, streets surrounding schools are often clogged with school buses and cars of the students’ parents. Drivers must give Texas school zones special attention.

There are also special speed limits and traffic laws that apply near school zones during mornings and afternoons.

Texas law gives the Texas Transportation Commission, local counties, and municipalities the right to alter default speed limits based upon local needs and conditions. Usually, a reasonable speed for the road is established based upon an engineering and traffic study that determines what speed feels reasonable and comfortable for most drivers.

In the case of Texas school zones, the speed can be reduced to a minimum of 15 miles per hour in certain circumstances. Even on highways, a school speed limit is usually no more than 35 miles per hour.

If the regular speed limit is over 55 MPH or more, there must be a “buffer zone” to give people time to slow down to 35 MPH.

Fines For Speeding In School Zones

To make sure that drivers recognize the importance of obeying the school zone speed limits, Texas has imposed increased fines and court costs on drivers caught speeding in school zones. At the very least, there is an extra $25 court cost added on to the cost of your ticket. This money is collected and used to fund school crossing guard programs and other programs related to child safety.

In addition to the court cost, fines for a Texas school crossing zone ticket can vary based on what city, county, or municipality issues the citation.

For example, if you are ticketed for speeding in a school zone in Houston, San Antonio or Austin, fines start at over $200 for speeding 1-5 MPH above the posted speed limit and well over $300 if speeding more than 30 MPH.

Texas school zone law, under HB 347, prevents using a cell phone when driving through an active school crossing zone. This includes property of a public elementary, middle, or junior high school for which a local authority has designated a school crossing zone. Exempt from this law, are vehicles that are stopped, drivers using hands free devices, or making a call to emergency services such as police, medical, fire, or other first responders.

No matter where you are stopped, speeding in a Texas school zone is expensive. The life of a child is priceless and not worth the risk of speeding through a school zone. Children are more vulnerable than adults to being hit by a car. They tend to be less cautious than adults, are less visible due to size, and less likely to survive being hit by a vehicle than adults.