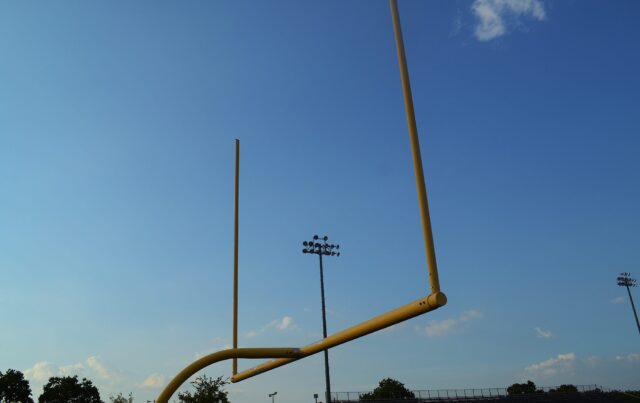 EAST TEXAS – Finally! It seems like football fans have been waiting forever to get their hands on a copy of Dave Campbell’s Texas Football (DCTF). Yeah, I know I could have had the digital version of the magazine several weeks ago, but there is just something about the print version I like.

Not to be blasphemous, but DCTF is also known as the Bible of Texas high school football and with previews of over 1,400 football programs across the state, it’s no wonder that moniker has stuck.

It’s always fun to see what the editors and writers of DCTF think about the area teams and where they predict they will finish. It’s also neat to see which individual players are spotlighted on the squads, as well.

So, without further ado, here is what DCTF has to say about the teams The Messenger covers in Houston and Anderson Counties.

Coach Lance Angel’s team is coming off a 6-5 campaign in 2020 and returns 19 players including eight offensive and three defensive starters.

According to the DCTF 2021 notes, “Henry, Hagans and Mitchell are back with FB Dudley. Martin split time at QB and is ready to take over. Wilson was the district’s top newcomer and Walker (4 INT. and 4 PBU) is always around the ball.

Moving to Class 3A, the Crockett Bulldogs, Elkhart Elks, Trinity Tigers and Westwood Panthers will all compete in District 9-3A DI along with the Diboll Lumberjacks, the Coldspring-Oakhurst Trojans and the Huntington Red Devils.

Crockett has a new head coach this year in Alton Dixon, a former Texas A&M player, who has ratcheted up the intensity and focus of the program. He takes over a squad that went 7-5 last year and brings back 21 lettermen, with eight on the offensive side of the ball and seven on the defensive side.

The Westwood Panthers are hoping to make it back to the playoffs this year and Coach Richard Bishop’s team will return 15 lettermen, with three offensive and three defensive starters from last years 3-7 squad.

According to the DCTF 2021 notes, “Expect physicality from the Panthers who will make sure Parish (759 yards, 14 TDs rushing) gets plenty of touches behind Gomez and Lavin-Fernandez. Savage is back as the team’s top tackle and sack producer.”

The Elkhart Elks are looking to bounce back from a 1-9 record in 2020 and second-year Coach Luke Goode’s team will return 12 players, with eight starters on both sides of the line of scrimmage.

According to the DCTF 2021 notes, “The Elks return a ton of starters on both sides led by Walker (65 tackles). Tyler Stafford is the team’s biggest returnee and he’s a vocal leader. Look for big things from Davis (85 tackles) and Taylor Stafford is a hard-nosed runner and solid defender.”

At the Class 2A level, the Grapeland Sandies were riding high after seven games in 2020 and sported a 6-1 record. That’s when the bottom fell out as the injury bug jumped up and bit them hard. The Sandies had been to the third round of the playoffs three consecutive years – before last season – and they’re looking to bounce back as they take the next step under new Head Coach Jordyn Wood.

Grapeland will compete in District 11-2A DI and the Sandies are picked to finish third behind the Normangee Panthers and Centerville Tigers. Rounding out the pre-season predictions, the Alto Yellow Jackets are predicted to finish in fourth, the Leon Cougars are looking up from the five hole and given their rich football history, DCTF is picking the Groveton Indians to surprisingly finish last in the district.

Wood takes over a team that brings back 22 players from last season with eight starters on offense and seven starters on defense. Among the players to watch on the 2021 Sandies are Jason DeCluette and Cadarian Wiley. DeCluette was tabbed as a pre-season All-State offensive lineman while Wiley was described as “… one of the Sandies most experienced varsity players with more than 1,000 rushing yards the last two seasons to go along with nearly 200 total tackles in his high school career. Expect a big year from the three-year letterman.”

According to the DCTF 2021 notes, “The team should boast plenty of experience and speed, but must replace QB BJ Lamb. RB/DB Wiley (1,392 20 TDs rushing) was honorable mention All-State. OL/DL DeCluette leads the way on both sides.”

At the Class 2A DII level, the Lovelady Lions are coming off of a 7-5 season that ended at the hands of the State Runner-up Mart Panthers. The game was a lot closer than the final score indicated and had a few breaks gone the Lions’ way, who knows what might have happened.

Coach Will Kirchoff’s team returns 11 players which include seven offensive and seven defensive starters. Lovelady is picked second in District 11-2A DII behind the Tenaha Tigers. The West Sabine Tigers are picked to finish third while the Cushing Bearkats are projected to finish fourth. The Colmesneil Bulldogs, Mount Enterprise Wildcats and Overton Mustangs round out the district.

According to the DCTF 2021 notes, “With potential stars Easterling (1,680 yards, 28 TDs rushing) and Martinez (86 tackles, 24 TFL, 10 sacks) heading things up on opposite sides of the ball and talent from an unbeaten JV squad to fill what few holes opened up due to graduation, expect another solid season from the Lions. Kirchoff loves the physicality of his team, especially in the trenches with Terry and Harrison and the coach says McFarland never gets fooled by the defensive fronts.”

The first day of conditioning, formerly known as two-a-days, is August 2 and the first games of the season in the immediate area will be held on Aug. 27. 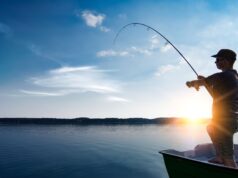