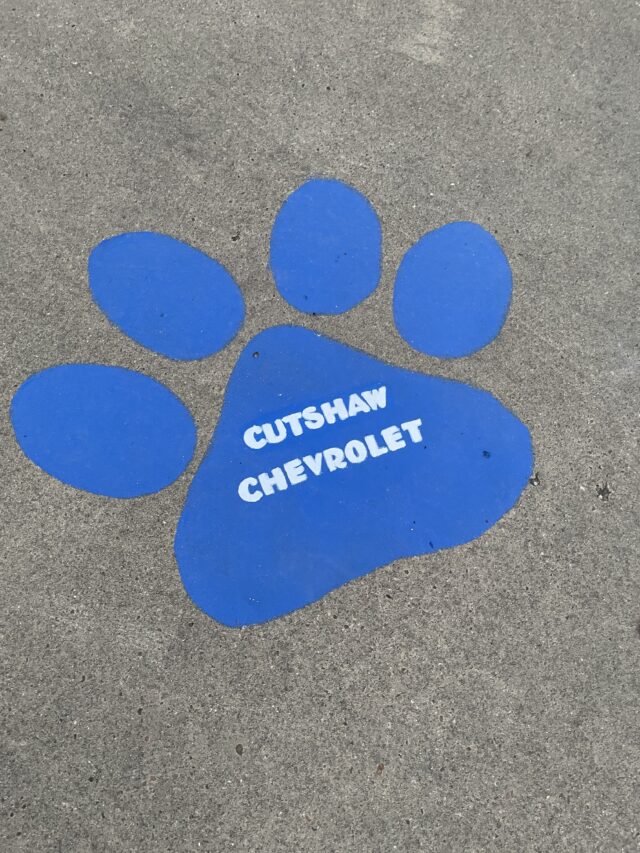 CROCKETT – Crockett Bulldog fans and supporters will soon be following in some giant footprints this year, as footprints of what appear to be a Jurassic sized bulldog have begun appearing in and around Bulldog Stadium.

No need to run for cover, though. These paw prints are designed to get you ready for some football.

The Crockett Bulldog Booster Club is currently selling footprints to be painted around various areas of Bulldog Stadium. Prints are available to local businesses for $65 each and will feature the business name in the center of the print. Also available are student prints, which will feature the student’s name and class. For an additional $5 students can add the various sports in which they participate.

“We’re doing this to build community spirit and support for the kids,” said Keshia Elem, booster club president, who is spearheading the efforts to fill the stadium with paw prints. “We want these hard-working young men and women to know that Crockett and the surrounding areas are here to support them and cheer them on.”

The paw prints have been a project in the past, and some existing prints will be repainted or repurposed for this season. All in all, the fresh set of prints should make for an intimidating presence for visiting teams as well as a virtual high five for all Bulldog players and supporters.