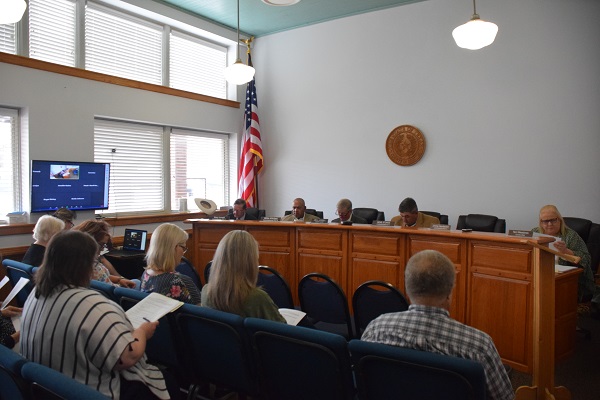 HOUSTON COUNTY – While the Christmas season is still six months away, the Houston County Commissioners Court received a bevy of gifts/donations during their most recent meeting held on Tuesday, June 22.

After several routine matters had been disposed of, Houston County Judge Jim Lovell brought forward an agenda item concerning the volunteer services of a judicial intern within the County Court-at-Law through August of this year.

“Lawson Hamilton, who is a young man that grew up here, has been in law school at Texas Tech. I spoke with him this spring and he is needing some experience. I think he is a really intelligent young man and he is willing to intern from the middle of July to the middle of August when he returns to go to Texas Tech. I am really looking forward to his assistance,” Judge Clark said.

A motion to accept Hamilton’s volunteer service was unanimously approved.

The next agenda item concerned accepting a $2,000 donation from James or Janet Whitmore for road materials for CR 2240 in Precinct Two. The item was unanimously approved.

The court was also asked to consider accepting a second $2,000 donation from an anonymous donor for the Houston County Sheriff’s Office to purchase law enforcement supplies and equipment. This item was also unanimously approved.

A third donation in the amount of $2,000, this one from the JB and Kathryn Sallas Charitable Foundation, was also accepted by the court for the Houston County Senior Center to help provide operational assistance, supplies and services.

The donations kept rolling as the next agenda item concerned a donation of 280 yards of clay from Precinct One Commissioner Gary Lovell. The item was unanimously approved.

The Texas Department of Transportation also got in on the act as the state agency provided 150 cubic yards of reclaimed asphalt pavement (RAP) for use in Precincts One and Two.