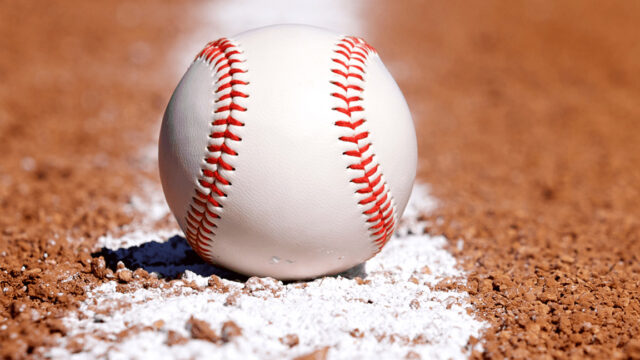 LOVELADY – The Lovelady Lions are starting to make some noise as the playoffs inch closer. Since opening District 21-2A competition in March, the Lions have scored in double figures in 9 of the 11 district games they have played.

In their one district loss, Lovelady still plated 11 against the Centerville Tigers. In the other two games, the Lions defeated Leon 5-3 and they took care of business against the Normangee Panthers, 9-2.

Tuesday night was no exception as they welcomed the Latexo Tigers to town. After falling behind by a score of 2-0 in the first inning, the Lions exploded for 14 runs in the next three frames to run-rule the Tigers and win the game by a final score of 14-2.

John Clowers got the start for the Lions and ran into a bit of a pickle in the top half of the first. Eli Filer led off for the Tigers and reached on an error in the outfield. A balk by Clowers sent Filer to second and when Sam Jones reached first on a dropped third strike, Filer moved to third.

Jones made his way to second on defensive indifference and when Cameron Baker grounded out, Filer raced home while Jones took third on the play.

With Sebastian Maza at the plate, a passed ball allowed Jones to slide home and make the score 2-0. Clowers regrouped to fan Maza on a full count, but the Lovelady pitcher wasn’t out of the woods quite yet.

Josh Yorgenson reached on another error in the outfield by Lovelady and then Clowers walked the next two batters he faced – Jack Easley and Tyler Lumbreraz – to load the bases. That brought Eduardo Rodriguez to the plate. On a 0-2 pitch, Rodriguez ripped a shot down the first base line but it was right at the Lions’ first baseman – Matthew Wheeler – who snared the ball in mid-flight to end the Latexo threat.

Jones was on the bump for the Tigers and he caught the first batter he faced – Slade Murray – looking at strike three. EJ Sandoval was up next and lined a single past short. Carter Murray followed in the order and was plunked by a pitch, which Sandoval to second.

That was as far as he would get, however, as Jones coaxed Jaxon Reeves to fly out to left and then got Wheeler to pop-up back to the mound, bringing the first inning to a close with Latexo up by a score of 2-0.

Clowers had a much easier time in the second as he got Logan Ray to swing at strike three while Filer flew out to center and Jones flew out to left.

When the Lions came into bat, they pounded out seven runs to go up 7-2. Brenton Crawford walked to open the frame and promptly stole second. A balk by Jones moved him to third and when Caleb Gilchrist singled past short, Crawford scampered home.

S. Murray was up next and doubled to left, driving in Shupak from third. S. Murray stole second while Sandoval followed in the batting order and drew a walk. C. Murray followed with a single past third to drive in S. Murray, as Sandoval moved to second.

Reeves drew a walk to load the bases and when Wheeler flew out to center, Sandoval was able to tag up and score, making it 5-2. A walk to B. Crawford reloaded the bases while a free pass to Gilchrist pushed C. Murray across the dish.

At this point, Jones was relieved on the mound by Baker who uncorked a wild pitch to plate Reeves, making the score 7-2. Baker, however, did manage to strike out Shupak to end the inning and limit the damage.

When the Lions came to bat in the bottom of the third, they scored another run to make the score 8-2. Crawford led off with a triple to the center field gap and S. Murray hit a sacrifice fly to drive in Crawford.

Sandoval walked but was caught stealing for the second out. C. Murray also walked but was unable to go anywhere when Reeves popped up to second to bring the third inning of play to a close.

In the top of the fourth, Clowers handcuffed the Latexo batters. He fanned Easley on four pitches, got Lumbreraz to ground out and then struck out Rodriguez to end the top of the inning.

In the Lions’ next at-bat, they salted the game away with six runs. Wheeler led off the inning and was hit by a pitch. Crawford bunted Wheeler to second while Gilchrist sacrificed Wheeler to third and B. Crawford to second.

After the homer, Lumbreraz replaced Baker on the mound for Latexo. He walked Reeves and Wheeler but got B. Crawford strike out to end the fourth inning.

Clowers was back on the mound in the top of the fifth and fanned Logan Ray to lead off the inning. Filer singled and that was all for Clowers. He was replaced on the mound by B. Crawford. Filer stole second but Jones flew out to center for the second out. Filer went back to the well one more time as tried to steal third but he was gunned down at the bag by S. Murray and the game was called due to the run-rule, with Lovelady winning the contest by a final score of 14-2.

Clowers picked up the win with 4.1 innings of work. He gave up two runs on one hit, struck out seven and walked two. Jones was saddled with the loss as he went 1.2 innings and gave up seven runs on four hits. He also struck out two and walked six.

Carter Murray led the way at the plate as he was 2-2 with four RBI, a homer and a walk.