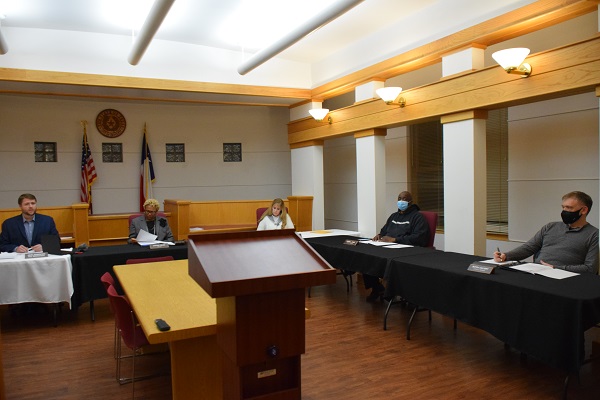 CROCKETT – The Crockett City Council met on a chilly night Monday, Jan. 11 in a meeting highlighted by the approval of a tax abatement for Lincoln Lumber.

The sawmill is expecting to create 18 full-time jobs with an estimated annual payroll of $692,600.

The abatement was unanimously approved by the council.

Prior to the tax abatement discussion, the city accepted a donation to help with the animal control issue Crockett has. Recently, the council re-implemented an animal control officer’s position to help corral the large number of animals running loose in the city streets.

“Recently, Chuck and Kim Spellman made a donation to the city to help with animal control,” the city administrator informed the council members, who voted unanimously to accept the donation.

As the meeting continued, Crockett Mayor Dr. Ianthia Fisher opened a public hearing on the submission of an application to the Texas Department of Agriculture for a Community Development Block Grant.

The grant would be used for several infrastructure areas including water, sewer, streets, roads, bridges and drainage. The $350,000 grant is non-matching.  With no public comments either for or against, the hearing was closed.

Update on Spread of Coronavirus – Jan. 8