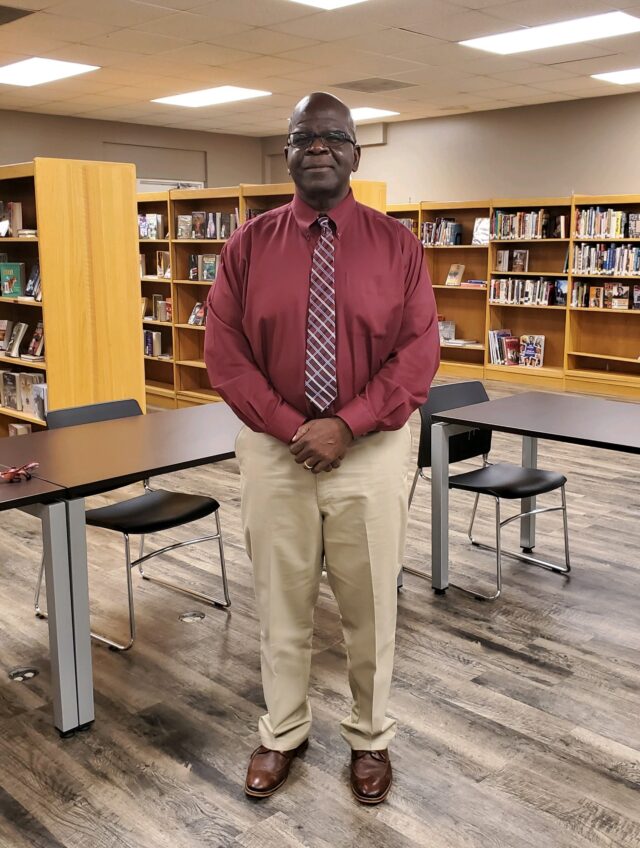 GRAPELAND – Sometimes a calling takes you right where you are supposed to be. Such is the case for Grapeland ISD Superintendent Don Jackson who recently was named as Pastor of Grace Bible Church in Grapeland.

Being a long-time educator, Superintendent Jackson said he didn’t accept the calling to the ministry until he was 40 years-of-age.

“Actually,” he said, “my first church to pastor was here in Grapeland. I came here, I believe it was May of 2010 and stayed until August of 2015. After that, I was at a church in Jacksonville when I served as an associate principal at the high school.

When he accepted a position at Grapeland Elementary a year or so later “… it was a situation where it became apparent when I came back to Grapeland that I wanted to serve totally within the community and not drive back-and-forth.”

Jackson said at that time he joined up with Pastor Tommy Sprinkle at Light on a Hill Church in Grapeland. He said he was at LOHA for about a year, but knew there was another mission out there for him.

“For about two years, I preached at several churches in Grapeland, both white and black churches. I was like a substitute minister. If a preacher had to be out-of-town, they would call me. We went anywhere and everywhere they called. God gave me opportunities in the community,” he said.

One of the ministerial positions where he filled in was at Grace Bible Church. Jackson said it had been open for a bit and he had been asked to preach there a few times.

“I think they were in the process of looking for different ministers and they were having different folks come in. In November of 2019, they came to me and asked me to be their interim. They said they would continue to look but I would occupy the pulpit, in between. Once I got there, nobody came to preach,” Jackson said with a laugh.

After a while, he said he went to the church elders and said he didn’t see any one coming along to fill the role.

“I told them if they wanted to visit with me about the possibility of becoming the Pastor, let’s talk. When the right time came, the conversation began,” he said. “Here’s the thing God had to do to open my eyes. Grace Bible Church is a predominantly white church. The pastor at Rising Star Baptist Church, which is a predominantly Black church, called me one evening in June of this year and said he was going to resign and if I didn’t mind, he was going to recommend me to take his spot.”

Jackson said he felt he was going to be offered the Pastor’s position at Grace, but he was okay having his name up for consideration at Rising Star.

In his mind, Jackson said, he believed a Black minister was made to be at a Black church. He said he believed God had prepared him to take over at Rising Star by having him spread the gospel to different ethnicities.

“But, I didn’t get it!” Jackson laughed. “Pastor Hill got that church. He is a gifted and talented minister. I take my hat off to him. I think he can sing, play the piano and preach. He is a triple threat. I’m a decent singer, but I surely can’t play the piano. The way I see it, God had a plan. When Rising Star made their choice, it became apparent that Grace Bible Church must be the place God wanted me to go.”

He said he talked with the church elders and explained the situation in which he had been placed.

“I told them how I felt all the way through the process and they told me how they felt, all the way through the process. We all knew that this wasn’t something that always happened. We knew it was sort of out of the box. When God closed that door that I thought I was supposed to walk in, it was very evident to me that I should consider the door he had placed in front of me. I can say without a doubt, this is exactly where I am supposed to be.”

He credited his wife of 34 years, Darlene, for her support in his endeavors.

“When I was ordained a few Sundays ago, she said, ‘I am ready to follow you on another journey.’ My words back to her were, ‘Let’s do it!’ It’s a situation where they know I am different from them and I know they are different from me, but it’s the way I believe God wants it to be. It doesn’t matter. It doesn’t matter because when we come together, we are all brothers and sisters in Jesus Christ. That is something I appreciate about this opportunity. It is something you don’t see very often in rural America,” he explained.

“I feel like I am the most blessed man in the world,” he continued, “because I am doing exactly what I want to do and what I believe God wants me to do. I love to teach, preach and reach. I love to teach people. I love the intensity of preaching to people. And then, I love the opportunity to reach people.”

Jackson went on to say his parents really helped influence the way he views the world.

Update on Spread of Coronavirus – Nov. 25

Update on Spread of Coronavirus – Nov. 25