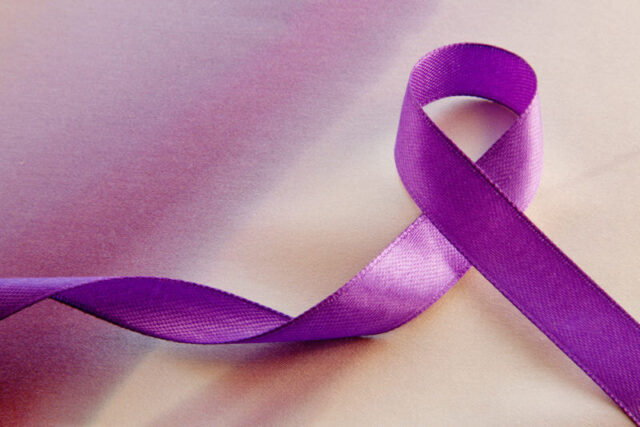 The crunch of gravel snapped her out of her daze and into a state of panic. Why is he home at this time of the morning? Terrified and with her heart racing a million miles per hour, she looked out the window. It’s okay, she thought, it’s just Cathy here to pick me up for work. Good ol’ Cathy… never a care in the world, sweet as can be, I can’t believe she’s divorced.

Scenes like this play out every day throughout the countryside, town, city, county, state and nation. It’s an ongoing problem with no ethnic, gender, religious or class bias.

It is for this very reason October has been as Domestic Violence Awareness Month.

If there is any doubt domestic violence is a problem in our country, turn on the news or ESPN and the uncertainty will be removed.

Athletes parade across the screen in handcuffs after their arrests for domestic violence. All-Pros like Ray Rice, O.J. Simpson and Rae Carruth are now remembered not for their prowess on the playing fields, but rather the assaults and murders they committed.

Celebrities like Rihanna, Halle Berry, Amber Heard, Mariah Carey, Reese Witherspoon and Charlize Theron have all spoken out about their experiences with domestic violence.

Names like Chris and Shanann Watts, Jodi Arias, Scott and Laci Peterson, Lissette Ochoa – murderers and victims the average person would likely never hear of – became seared into the national conscience because of domestic violence and the heinous details surrounding their particular cases.

While national attention is often given to domestic violence involving celebrities, athletes and those cases containing a horrific component, many may ask the question, “Does it happen here?” Take the time to look around. The lady at work who said she ran into a door or tripped on the stairs, while she may be telling the truth, it might seem a little odd after the third time in a month.

The NCADV reports every nine seconds, a woman is assaulted or beaten in the United States.

Unfortunately, in the immediate area, the rebuttal often heard is, “They seemed so happy” or “I simply don’t believe it” or “I’ve known him/her since we were in grade school and he/she isn’t capable of that.”

In data compiled through a statewide survey conducted by the Texas Council on Family Violence (TCFV) it showed “… more than one in three Texas women has been a victim of domestic violence. Over 100 women lose their lives in domestic violence murders in Texas each year.”

Think of it this way, next month, when Thanksgiving rolls around, many families will come together. Look around the table and you may well see your grandmother, your mother, your sister, sister-in-law or your aunt. The statistics indicate at least one of these women will have been a victim of domestic violence.

The numbers are staggering. During the year 2018, in the state of Texas: 197,023 incidents of family violence were reported with 212,885 victims. Females accounted for 71.6% of domestic violence victims.

The key word in these statistics is reported.