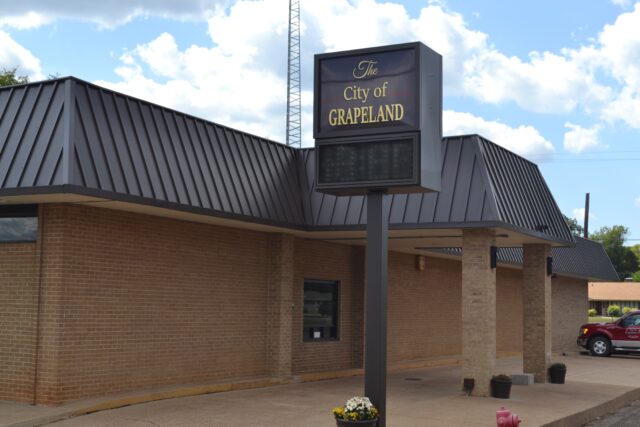 GRAPELAND – The moving process is still underway, but Grapeland City Hall is up and running at its new Main Street location.

City Superintendent Kevin Watts gave the Messenger a brief tour of the newly renovated facility, located at 202 Main St. The building is the former home of First State Bank (now Prosperity Bank) building and for the last two decades, it served as the home of The Messenger Newspaper.

The building houses City Hall, including the City Council chambers, the city courtroom, offices and a break area for city staff, as well as new facilities for the Grapeland Police Department.

The tour revealed what will be a major upgrade from the previous facilities, which should provide a much more pleasant and efficient workspace for all involved.

Although the moving process is still ongoing, photos show a beautifully renovated and decorated facility which should be a source of pride for the community.